In a contest that was basically decided by rebounding, the Burroughs High girls’ basketball team doubled host Glendale’s total which led in part to a 59-34 Pacific League triumph on Friday night.

The Indians outrebounded the Nitros 46-23 including 29-14 in the opening half with sophomore shooting guard Dyani Del Castillo pulling down a game-best 11 rebounds and dropping in 12 points.

“Our goal was to play hard. To press. To play fast. I told them at the half that we were dominating the glass,” Burroughs coach Vicky Oganyan said. “The best teams are the one’s that the girls can make the decisions on their own.” 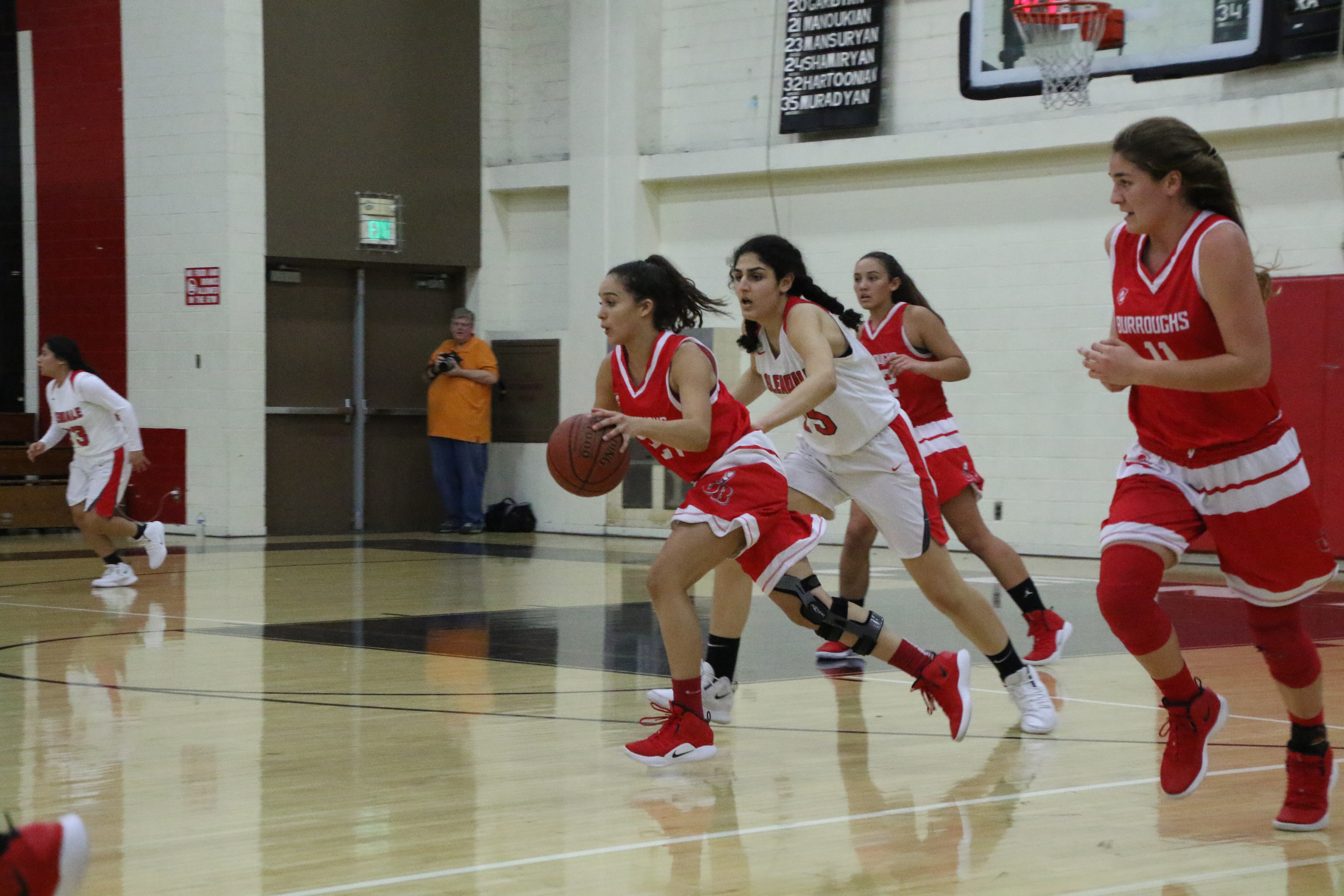 Burroughs is off and running against host Glendale. (Photo by © Ross A Benson)

Oganyan, who played at Glendale, was pleased with the effort.

“We told them to keep up the aggressiveness on defense, but to slow it down on offense so we can be successful on our shots.”

Each team managed 12 points in the initial frame as five players contributed for the Indians (9-0 and 2-0 in league).

Del Castillo nailed a three-pointer and senior small forward Nicole Rumfola hit a trey for her only tally of the evening.

A 20-point second quarter eruption unfolded for the Indians, who made six of 18 from the floor after downing four of 22 from the field in the first period.

Boulanger delivered six points in the second quarter after making a pair of free throws in the opening frame. 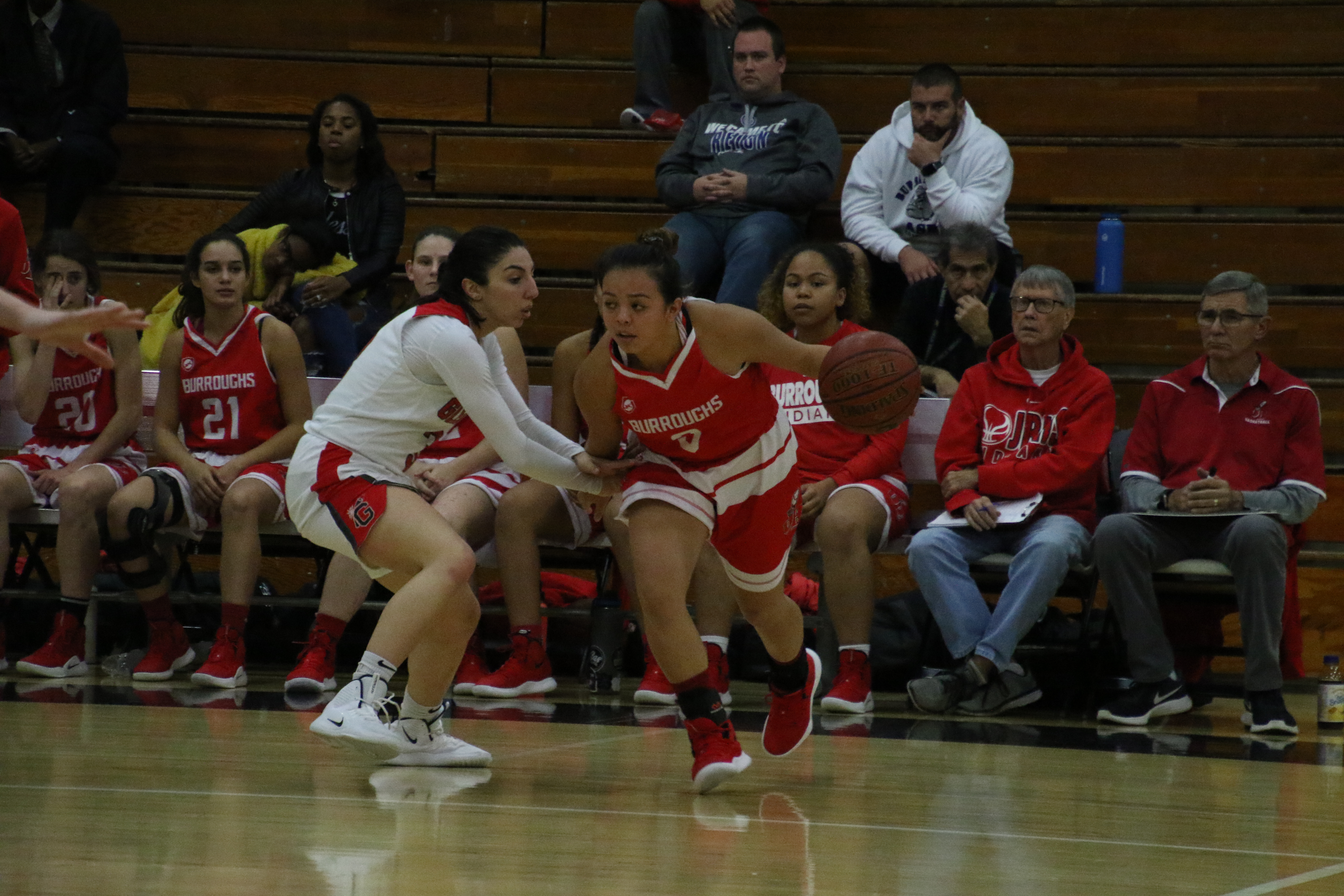 Ariana Farias sets the tone for the Indians. (Photo by © Ross A Benson)

Burroughs converted 10 of 13 from the charity stripe on the game, while Glendale hammered seven of 13.

Meanwhile the Nitros (8-7 and 1-1 in league) were held to seven points in the second period and fell behind 32-19 at the intermission.

Glendale converted four of 11 from the field in the first period and two of five in the second quarter.

Burroughs, which is ranked No. 22 in the state and No. 200 in the nation by the high school sports website MaxPreps.com, shot a little better in the third quarter, hitting five of 15 from the field and two of two from the free-throw line.

Del Castillo scored six points in the third period and Boulanger, who had recently injured her ankle, added five points.

Sophomore power forward Kayla Wrobel scored five of her 10 points in the fourth quarter as Burroughs made six of 10 from the field. 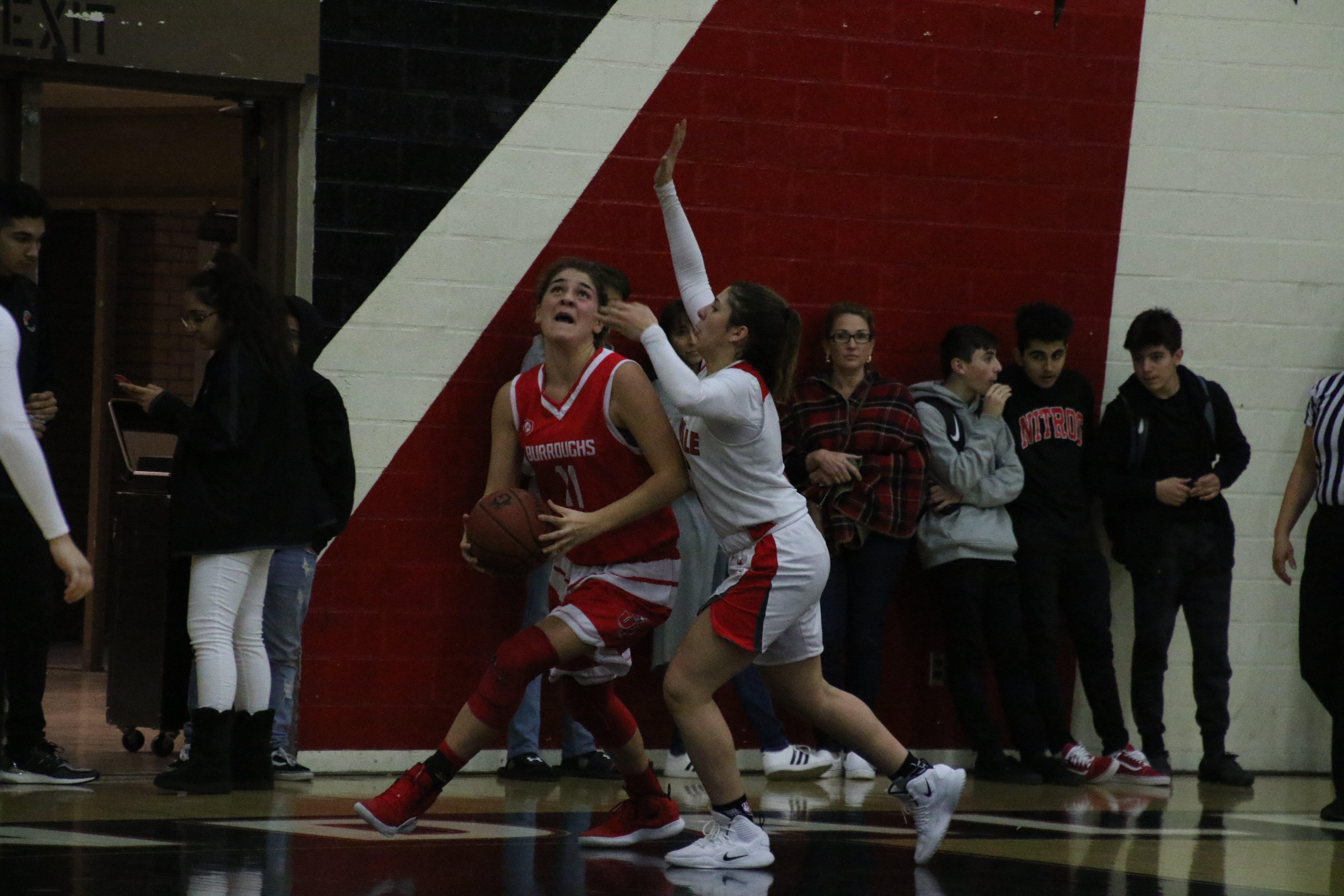 Kayla Wrobel, who scored 10 points, is getting inside position. (Photo by © Ross A Benson)

The Nitros were paced by senior Meri Chesbishian with 12 points, all coming on three-pointers.