Being able to play under pressure is something that separates the good teams from the great teams.
Wednesday night the Burroughs High girls’ basketball team stayed calm when things could have gotten out of hand.

The end result was a 41-39 victory over host Whittier Christian in the quarterfinals of the CIF Southern Section Division 2A playoffs.
“We’ve been there before and I think this team has matured. We’ve come a long way from November,” Burroughs coach Vicky Oganyan said. “I’m so proud of the kids. It was basically up to them and they got it done.”

Burroughs (25-6) will now travel to play top seeded San Clemente Saturday in the semifinals. It is Burroughs first trip to the semifinals since 2016. San Clemente defeated Summit of Fontana 78-67 in another quarterfinal contest.
One key reason Burroughs advanced was due to strong shooting from the free-throw line. The Indians made 18 of 24 as a team.
Junior Sydney Martin came off the bench to hit seven of eight free throws, including all of her attempts during the crucial fourth quarter.

“I cancelled it out and just focused on my form. I realized that it was pretty much all on me there and I wanted to deliver for my team,” Martin said.  “I just didn’t let my emotions get the best of me.”

The Indians never trailed in the contest. While they were never in complete control, Burroughs appeared to be quite comfortable until the final moments. 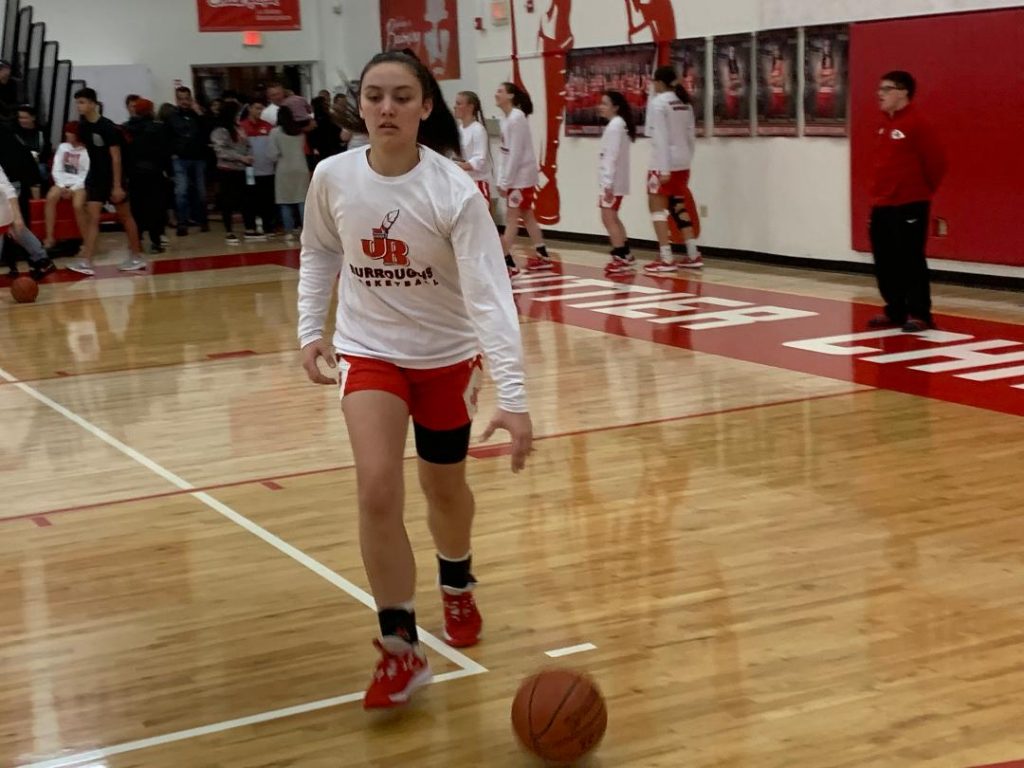 Whittier Christian’s Joleen Corona hit a three pointer with 18 seconds left to cut Burroughs’ lead to 39-38.
The home side then was able to regain possession after having the arrow in their favor on a jump ball situation.
But Whittier Christian missed a pair of free throws with six seconds left. Martin then came away with a rebound and was immediately fouled. She then stepped up and hit two big free throws to give Burroughs a three-point cushion.
Whittier Christian scored a free throw with less than a second left on the clock.

Burroughs was impressive in keeping things together in the second quarter in which star forward Faith Boulanger missed due to foul trouble.
She still led Burroughs with 14 points. Kayla Wrobel had a strong effort, particularly in the second quarter when she scored six of her 10 points.
Dyani Del Castillo finished with four points. Noor Fahs and Sophie Hawkins each had three points.