For much of Thursday night’s CIF Southern Section Division 1-A opening-round girls’ basketball game between Burroughs High and visiting Palmdale, it was a parade to the free-throw line.

On the evening the Indians hit 20 of 30 attempts en route to a 54-16 shellacking of the Falcons.

The Indians will host Arroyo Valley on Saturday in a second-round match with the tipoff to begin at 7 p.m.

From the start, it was clear that Palmdale was overmatched as it committed numerous rough fouls which continued throughout the game. 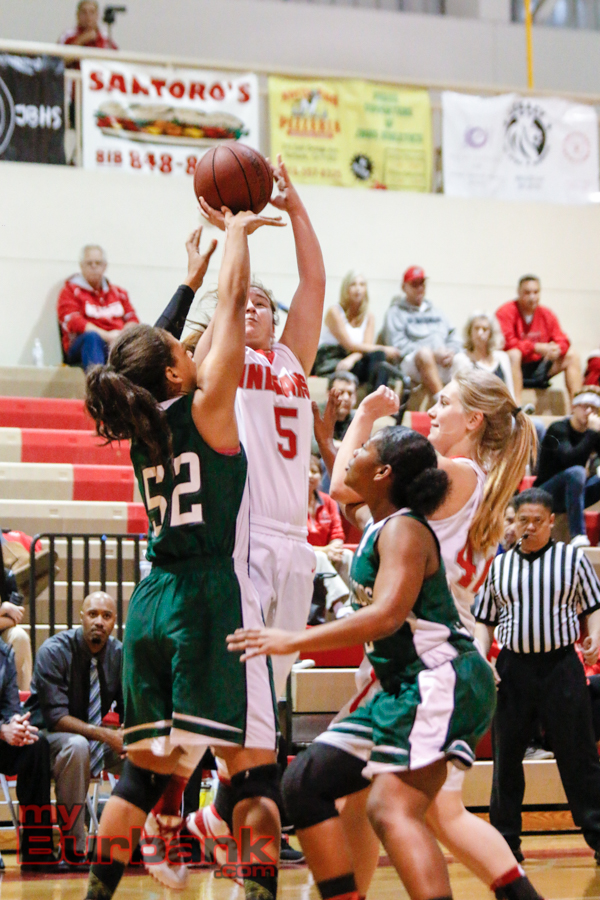 In the opening quarter, the Indians led 17-4, and went to the charity stripe 11 times while converting eight.

“We knew coming in that’s how they played,” Burroughs coach Vicky Oganyan said. “But we wanted to stay focused and play our game. I thought we did what we wanted to do.”

In that frame, Ibarra scored seven points that included the first of two three-pointers.

“This [the physical nature] didn’t bother us because we know it’s going to be physical later on,” said Ibarra, who accounted for all of her points in the first and third quarters. “We just try to stay pumped. We have experience, but it can be taken away quickly.”

When asked why she’s playing so well, Ibarra said she wants to end her career on a high note. “I just try to do things for my team,” she said. “I don’t want it to end.”

The Indians made 11 of 17 free throws in the opening half and nine of 13 in the second half. 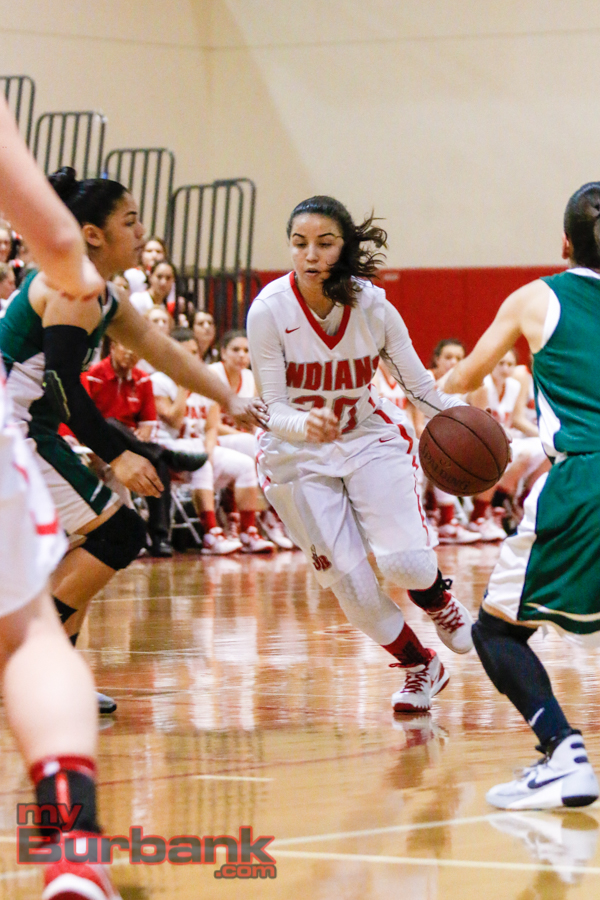 Burroughs (22-7 and 14-0 for first place in the Pacific League) converted four of 11 from the field in the initial period and drilled three of 15 from the floor in the second quarter when Meltzer poured in three points as the Indians pulled ahead 26-6 at the intermission.

Oganyan was confident that the style of play would not alter the final decision. “We knew that they [Palmdale] played hard, but we followed our game plan and we eventually blew it [the game] wide open,” she said.

The Falcons (9-11 and fourth in the Golden League with an 8-6 mark) were stymied in each quarter as they made two of seven in the first quarter followed by one of seven in the second quarter.

Burroughs’ most productive quarter was the third when it exploded for 23 points while limiting Palmdale to one point and took a 49-7 lead into the fourth quarter.

Five players scored for the Indians (16 of 47 for 34 percent) in the third quarter and drilled seven of 13 from the floor with Meltzer tallying seven points, while Ibarra and junior guard Kamryn Cardenaz (seven points) each chipping in with six points.

The fourth quarter was played with a running clock as the Falcons (six of 30 for 20 percent) outscored the Indians 9-5 with senior guard Brittany Trimble scoring all of her four points.