Reaching the top is hard work and never easy, and it won’t be for the Burroughs High girls basketball team which is gunning for a fourth straight Pacific League title.

The talent is there according to Coach Vicky Oganyan, whose team went undefeated in league play at 14-0 for the second year in a row, was the top seed in the CIF Southern Section I-A playoffs, advanced to the semifinals and went 30-3.

Aside from the starters and some rotation players, this team lacks experience. “We have a lot of newcomers to the varsity and they are slowly learning the game and getting used to playing at the varsity speed,” Oganyan said. “Our eight returners will lead the way with their experience. As long as we continue working hard and playing hard, we will be alright.” 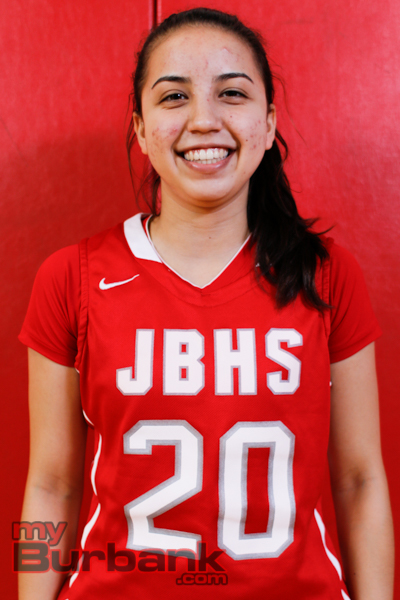 The Indians are 7-7 after participating in the Valencia Tournament, Burroughs Tournament and the West Coast Holiday Tournament.

League play begins on Jan. 5 against Crescenta Valley. Burroughs will also meet Burbank on Jan.22 and will host the Bulldogs on Feb. 11.

Burroughs will be paced by 5-foot-3 senior Jordan Meltzer, who will play point and shooting guard.

“Jordan is a good outside shooter, quick and can handle the pressure,” Oganyan said.

Senior co-captain Abbey Ibarra is 5-6 and a guard and an excellent shooter.

“Abbey can slash to the basket and is a great defender,” Oganyan noted.

Senior co-captain Brooke Radcliff is 5-7 and can play guard or forward, which makes her valuable.

“Brooke is also good at slashing to the basket and is a great rebounder and defender,” Oganyan pointed out. “She’s very tough and has improved her outside shot.”

Junior Kamryn Cardenaz is a 5-8 guard/forward and very strong. “She’s a great rebounder and is very explosive to the basket with a good outside shot,” Oganyan said.

Junior Haley Wilson is a 5-8 forward who like Cardenaz, doesn’t back down. “Haley is a strong rebounder and has improved her outside game with range and is a great defender,” Oganyan said. 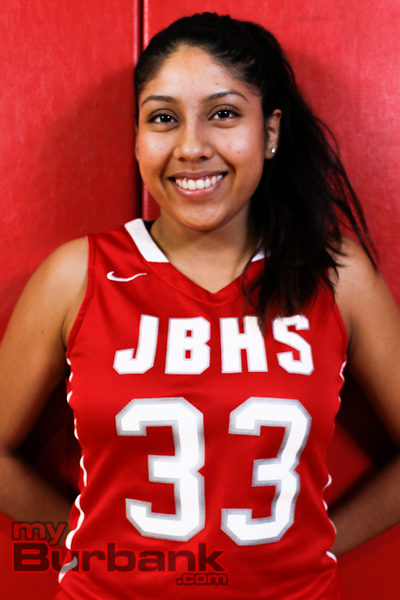 Senior guard Abbey Ibarra will be counted on to score, rebound, pass, defend and set the tone on the floor. Photo By: Edward Tovmassian

The key members off the bench include 5-9 junior forward Jocelyn Rieken.

“She has a good outside shot and inside post moves,” Oganyan said. “We’re looking to have her rebound and play tough defense.”

Marin Grote is a 6-4 sophomore center and a superb volleyball player with aspirations of playing in college.

“Marin is very athletic, agile and will help us with rebounding, scoring and defending in the paint,” Oganyan said.

Melissa Garcia is a 5-5 senior guard with an excellent shooting touch.

“Melissa will play some point and can handle the pressure,” Oganyan said.

The newcomers will be comprised of 5-6 senior guard Taryn Mejia, who works hard and has a good outside shot according to Oganyan.

The others include 5-9 junior forward Caitlyn Pentland. “She moved up from the junior varsity and can help us with rebounding,” Oganyan said.

Vanessa Villa is a 5-11 sophomore forward/center. “Vanessa works hard and is trying to refine her game,” Oganyan said. 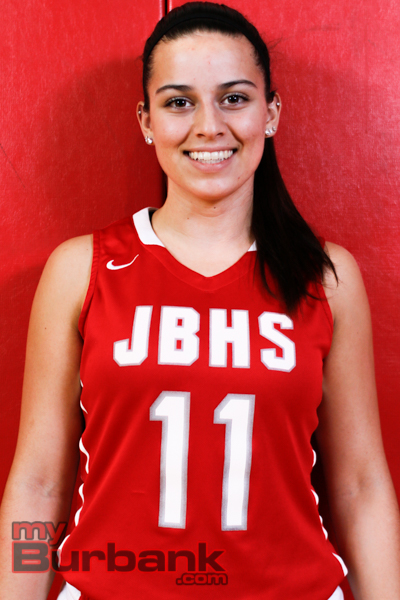 Junior guard/forward Kamryn Cardenaz is strong, a good shooter, rebounder and explodes to the hoop. Photo By: Edward Tovmassian

The others include 5-6 freshman guard Jillian Kukawski. “Jill has gotten better over the summer and is developing her outside shot,” Oganyan said. “She’s very active, tough and will help us with hustle plays.”

Freshman guard Arianna Farias is 5-3 and is a “tough and feisty defender who looks to improve her stock,” according to Oganyan.

Freshman Emily Gutierrez is a 5-5 guard and has an “accurate outside shot, is strong and can handle the ball,” according to Oganyan.

Freshman Ayumi DeHerrera is a 5-1 guard with an “exceptional outside shot, quick and a rugged defender,” Oganyan said.

Freshman Nicole Rumfola is a 5-8 forward with a “terrific outside shot, is quick and a splendid defender,” according to Oganyan.