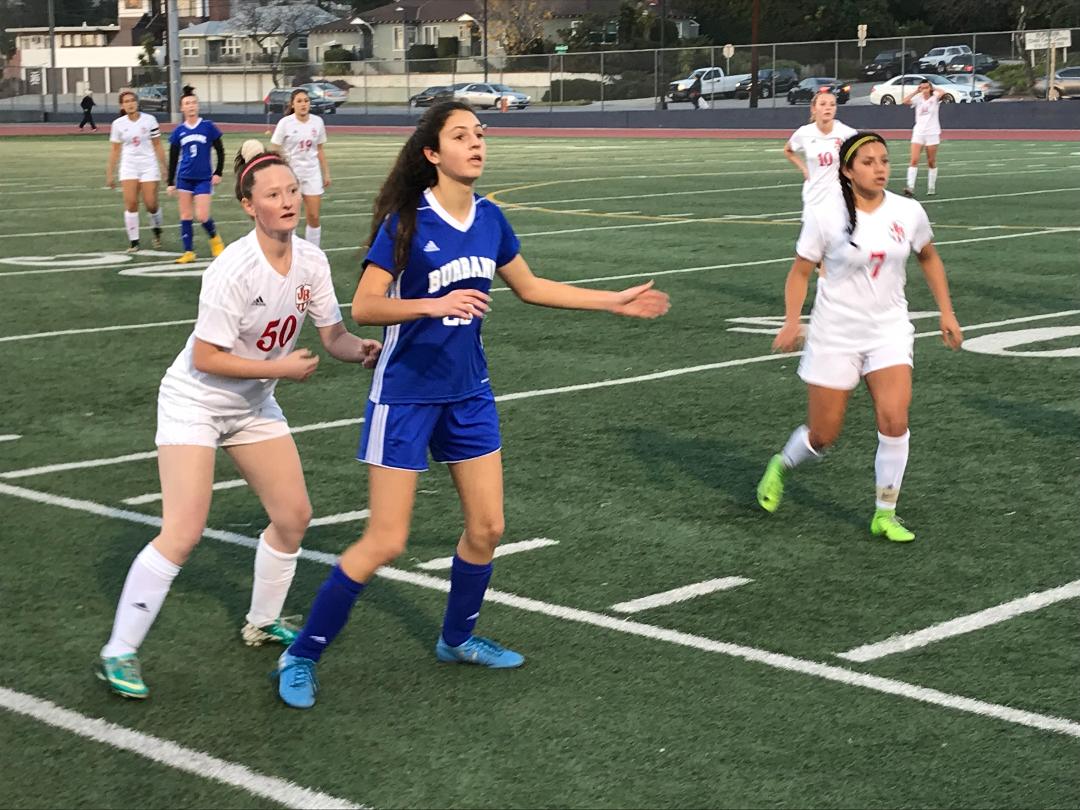 Burbank High girls’ soccer coach Pablo Diaz had accepted the fact that he doesn’t have the same talent that Burroughs High has this year.
So Diaz knew he would have to come up with something different in hopes of pulling off an upset.
The idea was certainly a clever one. But Burroughs High found a way to break up Burbank’s tactical scheme as it earned a 7-0 road victory Friday.
“Basically in the first half we tried to park the bus,” Diaz said. “We tried to adjust to what we thought they (Burroughs) were going to do. I told the girls not to allow any shots from the top of the 18 and stay compact in that area.” 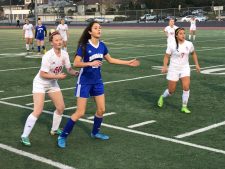 Burroughs (10-3-2 overall, 5-1-1 in league) got first-half goals from Lauryn Bailey, Olivia Cashman, Samantha Valencia and Abbie Riggs.
“The first half defined the game. Three of those goals came from the area I told them to cover. I came up with a game plan and it didn’t work,” Diaz said. “Burroughs played really well. You can tell they’ve been playing together for a long time. It is a program that has been growing for the last five or six years since Brady (Riggs) took over.”
Burroughs coach Brady Riggs praised Diaz for continuing to make his team come ready to play.
“I really respect Pablo. I know what he’s trying to do here and I can see he’s got them going on the right track. That’s exciting for them,” Riggs said.
Riggs is hoping his team can bounce back after a league loss to Arcadia in the second half of league play.
“We can win league if we win out and that’s what we’re trying to do for the first time in 25 years,” he said.
Burbank (3-10 overall, 3-5 in league) had a few opportunities to score, but were able to get to the back of the net.
Liliana Partida took a shot off a corner kick in the 44th minute that went over the bar. Isabel Partida also added a shot in the 52nd minute.
Burroughs Lily Gonzalez added two second-half goals to increase her team’s lead to 6-0.
“It felt good to win as a team,” Cashman said. “We were definitely fired up. It is always good to win the first game against them because it sets us up for the rest. Hopefully we’ll finish league really strong this year.”