Time out of the swimming pool because of the recent holiday break seemingly kept the Burroughs High girls’ water polo team from getting off to a good start in its initial Pacific League match against visiting Arcadia on Tuesday afternoon.

The Indians were able to score a pair of goals in the first quarter, but then erupted for four in the second period and took a 10-5 decision behind a match-best three goals from sophomore Clarissa Robles.

Senior goalie Emanuella Nathan was her usual stellar self, turning back at least a half-dozen shots from the Apaches. 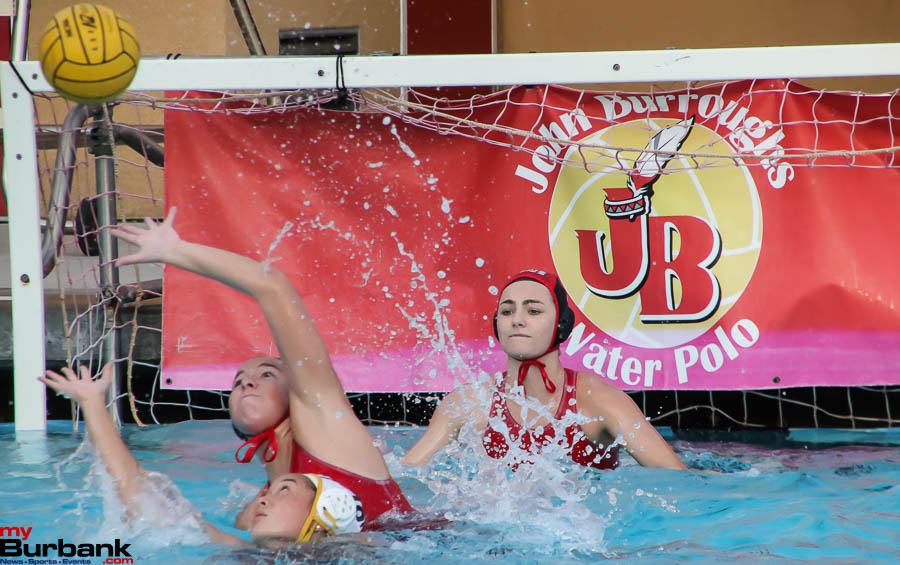 Emanuella Nathan was stellar in goal for the victorious Indians. (© 2020 Ross A. Benson)

However, Arcadia’s best player, Cary Gamez, hasn’t been in the lineup for some time after sustaining a concussion in an earlier match.

Junior Angelina Lee and junior Charlotte Jennings were next with two goals apiece for the Indians.

“It’s been a month since our last game and we had to get the holiday jitters out,” Burroughs coach Jacob Cook said. “We played them already in the Burbank Tournament and it was a bigger goal differential. A lot of them were out of town the entire two weeks. Considering everything, I thought they did great.”

Cook then added: “That was a good thing we have a tournament this weekend so it’s a way to get back into it,” he said of Tuesday’s match. “I’m glad we came out with the win.”

The Apaches (6-9 and 0-1 in league) were the first on the scoreboard when Christine Chua scored on a 10-foot lightning bolt with 6:09 on the clock.

Burroughs (10-3 and 1-0 in league) scored the next two goals as junior Bella Mucha found the range on a 10-footer with 4:40 left and Robles unloaded an eight-foot laser with 1:53 remaining. 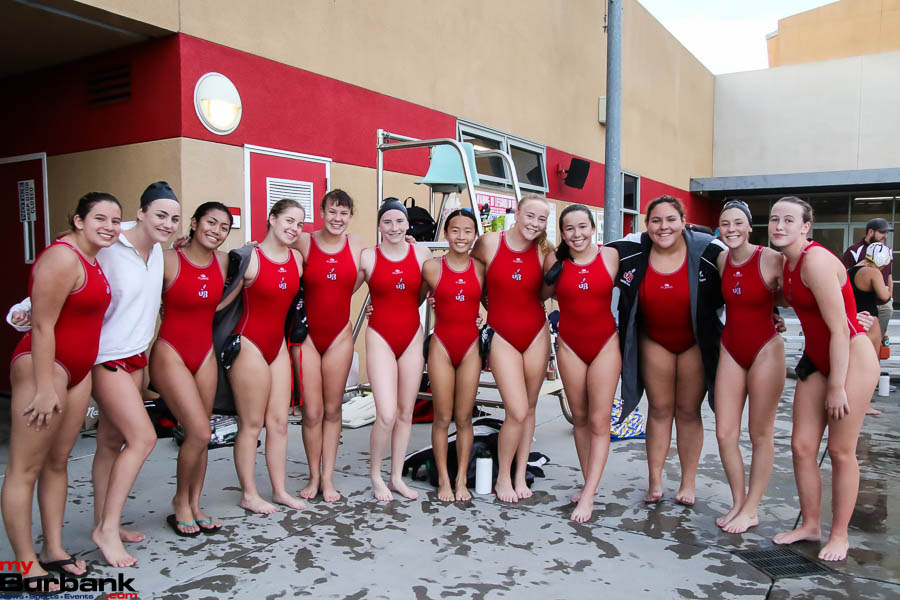 The Indians shut out the Apaches in the second frame.

With 3:56 remaining, Jennings tossed in a 12-footer to make it 5-1 and thirty seconds later, Jennings tacked on a 10-foot rocket as the Indians led 6-1.

Each team scored two goals in the third quarter with the Indians scoring the first and the last goals.

“Both teams are coming off two weeks of vacation. We did indeed have a little bit of a slower start and we weren’t even executing some of the things that we were practicing just yesterday,” Arcadia coach Janice Clark said. “At halftime we really talked about some of those points and I was pleased to see them take it to heart and start to make some of those things happen.” 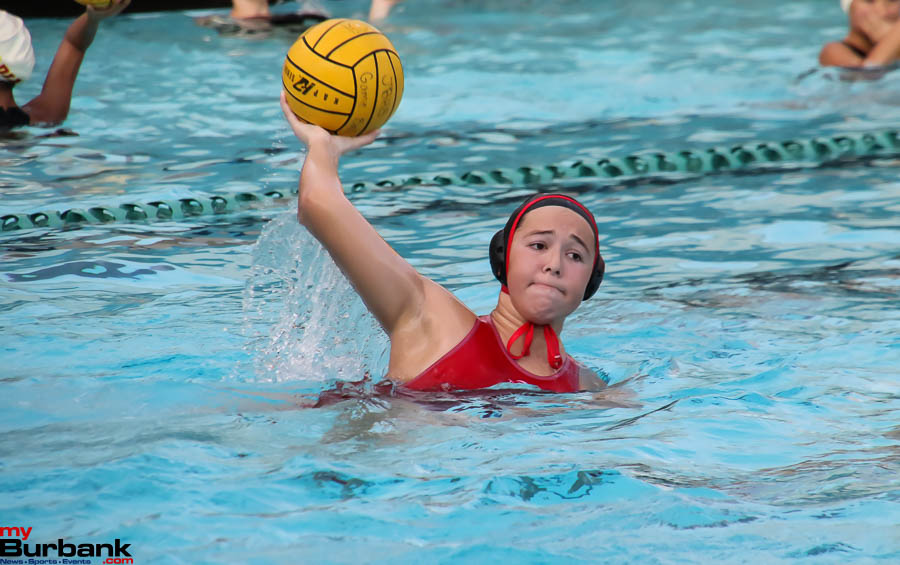 The Indians are on the offensive against the Apaches. (© 2020 Ross A. Benson)

Clark was happy with how her team responded in the second half.

“I’m pleased with my girls for making those adjustments and starting to pull things back into focus a little bit,” she said.

The fourth frame was similar to the third except this time the Apaches scored the first and last goals.