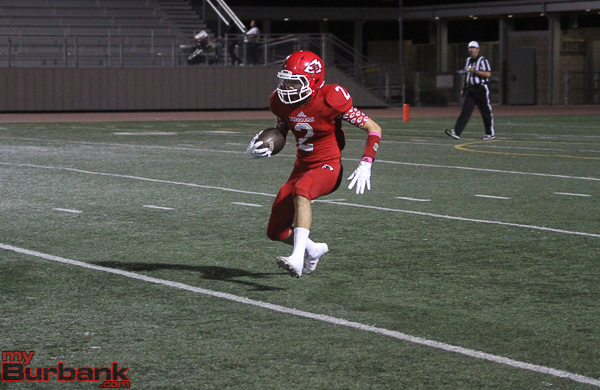 “I have a good opportunity and I couldn’t pass it up,” Hernandez said. “They graduated four receivers, so they expect me to come in and play right away.”

A first-team All-Pacific League selection, Hernandez had 36 receptions for 532 yards and 13 touchdowns last fall. He was named the Pacific League champion Indians’ most valuable offensive player.

He finished his high school career with 83 catches for 1,215 yards and 22 touchdowns. He also had a pair of rushing touchdowns.

“His 10th grade season really opened his eyes as to what he needed to do to compete on the varsity. He took the challenge by getting a personal position trainer, started working hard in the weight room and really molding his craft,” Knoop said. “Erick has always taken care of his academics and really learned how to be a leader. In the spring of 2015 he told me we were going to win a championship and we were not going to lose to Burbank. It all came true because of his talent and leadership. Now Erick is going off to play Division I football and we are going to miss his talents for sure.”