The high school groups were expecting top prize to be $5,000, so it was a real surprise when it was announced that figure had increased to $7,000, said Burroughs choir Director Brendan Jennings. 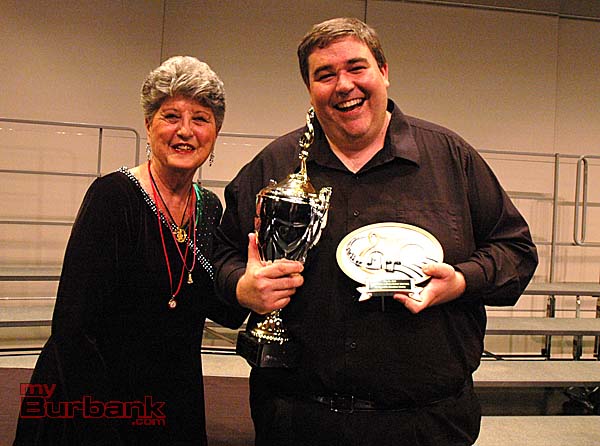 “I near passed out,” he said. “It’s going to be so helpful for our program. We have really, really been trying to raise money for our program this year and it’s been a rough couple of years with the economy. This is really going to lift us up at the end of the year. We are so grateful.”

Five middle schools and 10 high schools competed for a total of $65,000 in grant funds donated by the John C. Hench Foundation. Hench, who passed away in 2004, worked at The Walt Disney Studios for more than 65 years. His contributions spanned from many facets of animation to theme park creation with Disney Imagineering, said festival chairwoman Pat Kahmann. 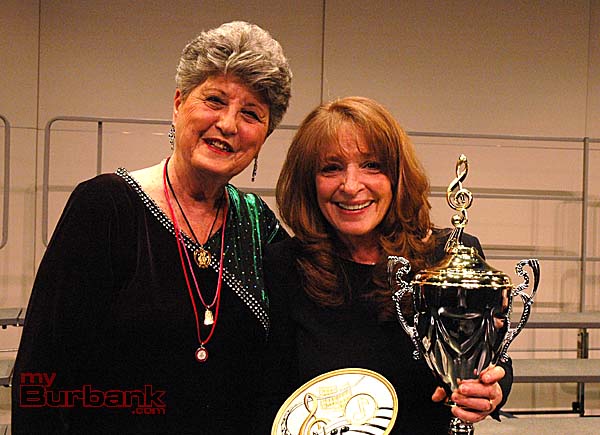 “This is our 11th year of the event and thanks to the John C. Hench Foundation for the grant,” she said. “This year it was $65,000. And it’s just an absolute honor that Verdugo Hills Chorus has been asked to hostess this. The rewarding thing is that they’ve gone back to their schools and purchased pianos and costumes. They pay for travels to Europe with the grant money they are receiving.”

Kahmann has served 10 years as festival chair for the Verdugo Hills Chorus, an adult female choir that is a member organization of Sweet Adelines International.

Westminster Chorus, an adult choir directed by Justin Miller, entertained before intermission and the Verdugo Hills Chorus was the finale act.

Kahmann started to tear up when expressing the support the students impart to Verdugo Hills Chorus when the all-female four-part harmony group takes the stage. There are thunderous cheers that rock the walls.

“It’s the most rewarding thing ever,” she said. “They are just screaming out there. We’d love to take them with us. They are just fabulous.”

Participating in the festival allows students to learn from each other, Jennings said.

“Every group was really beautiful and there were so many different styles and genres of music, so I think our students had a great time listening to all the other groups,” he said.

Students also see firsthand that singing is a joy that can continue long after graduation, Kahmann said.

“We are hoping that they see there is music after middle school when they see the high schools perform. And then the high school students see the barbershop choruses like us perform and its shows them that it doesn’t stop. There is always a place for them to sing.”