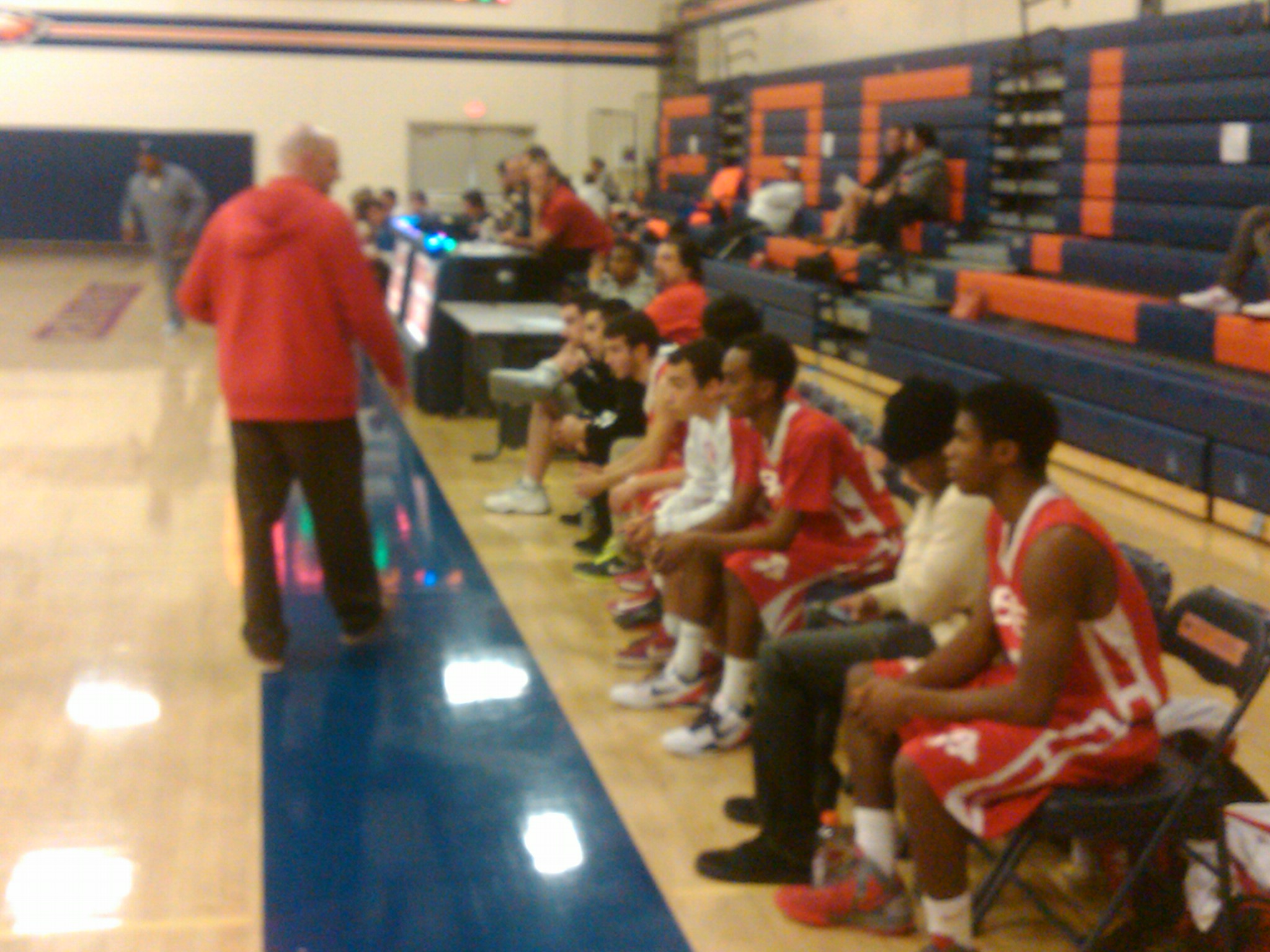 What a start to the season for the Burroughs boys basketball team. After claiming the Maranatha Tournament championship to begin the year, the Tribe took third place at the Bell Jeff Holiday Tournament. Now you can add a third trophy for the upstart Indians.

Behind the play of All-Tournament selection Lawrence White, Burroughs (10-2) defeated Golden Valley, 69-62, to win the consolation championship of the Chaminade Christmas Classic. White scored 21 points and grabbed 13 rebounds while teammates Chris Hovasapian added 17 points and Jorge Flores-Pere chipped in with 11.

The Indians jumped out early, 11-2, only to see the lead slip away and trail by nine points in the second quarter. JBHS responded with a nice run to take a 28-26 lead into halftime. Behind the sharp shooting of Hovasapian, Burroughs began to pull away from Golden Valley with a 20-8 third quarter explosion to take a 48-34 lead into the fourth period. Hovasapian connected on three three-pointers in the quarter.

Burroughs increased their lead to 20 points in the fourth quarter. JBHS won three consecutive contests in the tournament after losing to Westlake in the first round.

“I am real happy with a solid pre-season,” Burroughs Coach Adam Hochberg said after the game.

Burroughs (9-2) fought off a pesky Chatsworth squad to advance to the consolation championship of the Chaminade Christmas Classic. The Indians will now play Golden Valley at 4:30 p.m.

JBHS and the Chancellors fought back and forth throughout a tight game. The Indians led 30-28 at the half and 41-39 after three quarters of action. However, Burroughs stepped up in the final period outscoring Chatsworth, 20-8, to claim the victory.

The win was somewhat tainted after the Indians’ Kalen Verhoeven was ejected for arguing with officials. He will not be available for today’s game.

Lawrence White scored 23 points and grabbed 10 rebounds to lead the Indians to the 55-47 victory against Eastside in a consolation game Thursday afternoon. Kalen Verhoeven added 11 points for Burroughs.

JBHS (8-2) will now play Chatsworth at 10:30 a.m. in the consolation semifinals on Friday morning of the Chaminade Christmas Classic.

Coming in 7-1 and the proud owners of a tournament title at Maranatha and a third place finish at Bell Jeff, the Burroughs boys basketball team entered the prestigious Chaminade Christmas Classic on Wednesday for its final tournament of 2012. The Indians quickly realized the level of competition had stepped up in a major way.

Westlake (11-1) dominated from the start sprinting out to a 22-10 first quarter lead and a 46-31 halftime advantage en route to a 83-56 victory against Burroughs.

“We came out and were outplayed in every phase of the game,” Burroughs Coach Adam Hochberg said. “Their pressure was too much for us.”

Lawrence White, the Indians catalyst thus far this season, struggled throughout the afternoon with back spasms and could only muster seven points, all of which came in the first half.

Kalen Verhoeven led JBHS with 16 points and Jorge Flores-Pere added 13 points. The Indians will begin play on the consolation side of the bracket against Eastside at 12 p.m. on Thursday.