Like an eagle soaring, the Burroughs High softball team is flying past opponents, including Tuesday’s 4-2 defeat of host Irvine (15-14) in a CIF Southern Section Division III second-round playoff game.

On Thursday, the Indians (23-4) will face host Norwalk, which beat Palos Verdes 2-1 in an opening-round contest and edged Alemany 2-1 in a second-round match. 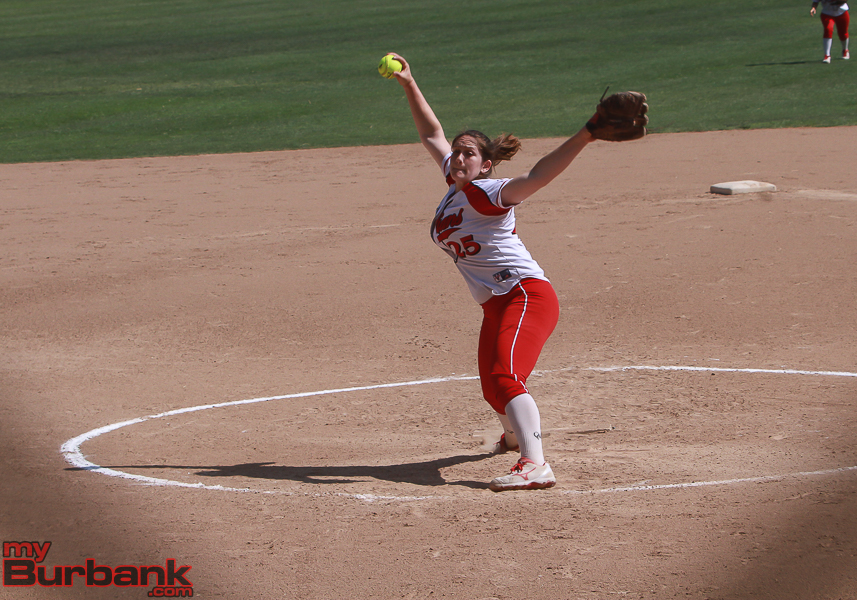 Presley Miraglia was supported by 10 hits and allowed two runs and seven hits with eight strikeouts and one walk over seven innings. (Photo by Ross A. Benson)

“We were pretty much in charge the whole game,” Burroughs coach Doug Nicol said. “They scored two runs in the bottom of the sixth and had four of their seven hits when Presley [Miraglia] left some balls up.”

Nicol went on: “There were runners on second and third with one out, but she got out of the inning by getting a pop up to Kaitlin [Okimoto] and getting a strikeout.”

For two innings, neither team scored, but that was broken when the Indians tallied three runs in the third.

Okimoto, who plays shortstop, hit a double and Miraglia sacrificed her to third base. Brianna Johnson, who contributed three hits, singled to make it 1-0. 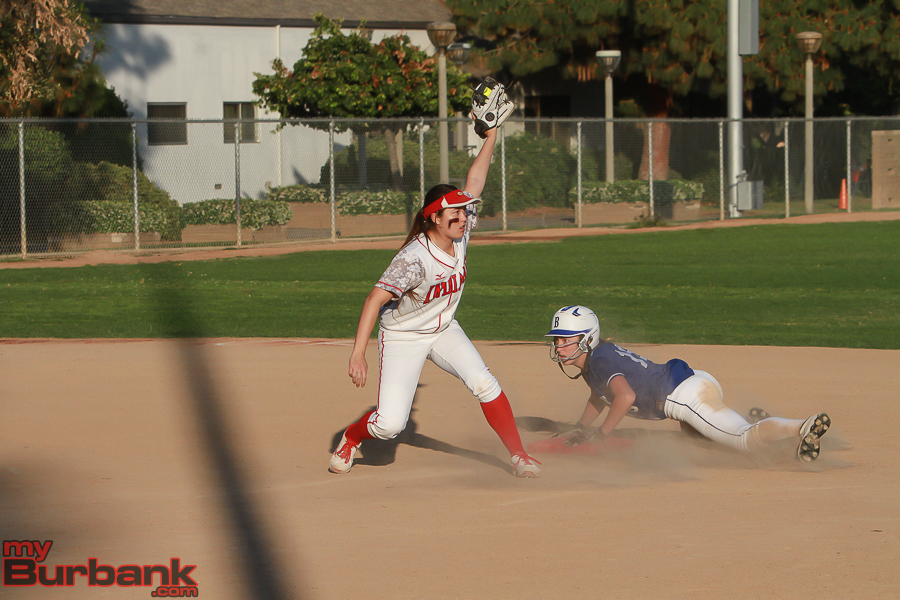 Shortstop Kaitlin Okimoto, shown in a recent game against Burbank, had three hits in a 4-2 win over Irvine in a CIF second-round game. (Photo by Ross A. Benson)

The Indians, who also received two hits from Hannah Talavera, tacked on a solo run in the seventh inning when Okimoto, who had three hits, barely missed a home run and settled for a triple and later scored on a wild pitch.

“I was really happy that we came away with the win because it wasn’t one of our best hitting games,” said Nicol of his club that managed 10 hits. “We hit 13 ground-ball outs and we left 14 runners on base.”

Miraglia was on the money and put together another impressive outing as she went seven innings while allowing seven hits with eight strikeouts and one walk.