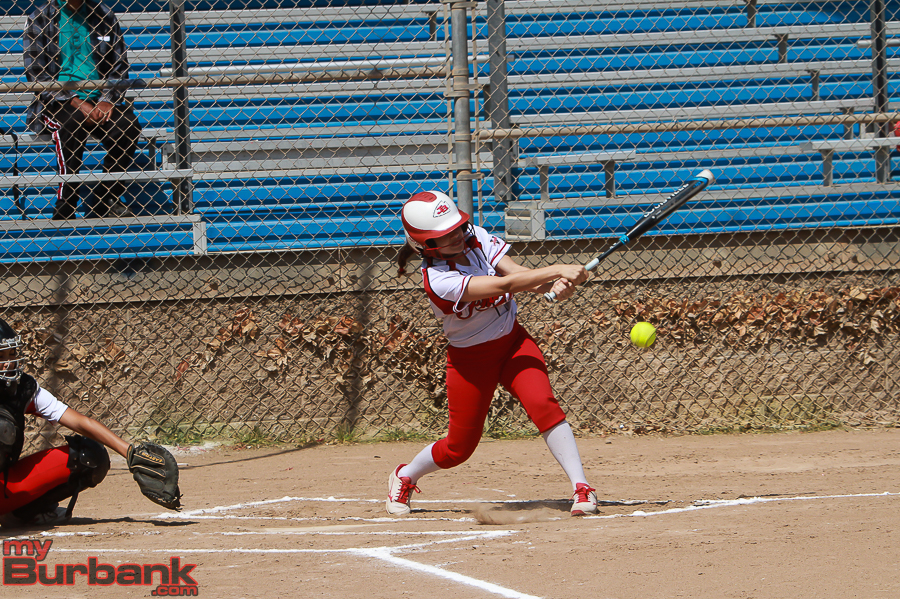 The Burroughs High softball team has a date with top-seeded and nationally ranked Grand Terrace in the CIF Southern Section Division III semifinals at Olive Park on Tuesday with a 3:15 p.m. first pitch.

That’s because on Thursday, the No. 4 seeded Indians (24-4) needed nine innings in order to subdue host Norwalk 4-0 in a quarterfinal match. Burroughs was blanked until that point when it scored four runs.

“We won the game because of our defense,” Burroughs coach Doug Nicol said. “Our defense held us in the game. It was highlight after highlight. I don’t want to sound over dramatic, but that was the greatest effort by a team that I’ve ever seen. It was unbelievable.”

The Indians’ next game is going to be against a team that hasn’t allowed a run during three playoff games and is ranked No. 2 in the nation by the website maxpreps.com.

The ninth inning began with Kaitlin Okimoto hitting a ball to deep center field for a home run that made it 1-0.

Presley Miraglia was safe on a swinging bunt and Nikki Ricciardella entered as a pinch runner. Brianna Johnson singled and both runners scored on Amanda Flores’ triple to center field. Flores crossed the plate on Destiny Velazquez’s base hit.

In the opening round, the Titans, who are 26-1 and have a 24-game winning streak which is currently the longest, defeated Peninsula 10-0, then knocked off San Clemente 7-0 in the second round and Don Lugo 8-0 in the quarters.

Norwalk outhit the Indians, 11-7, but was unable to score any runs off pitching ace Miraglia, who went nine frames, striking out eight with one walk.

Aside from the victory over Norwalk, Burroughs, which has won 15 straight games, the second longest, has beaten Irvine 4-2 in the second round and drilled Tesoro 8-0 in the first round.