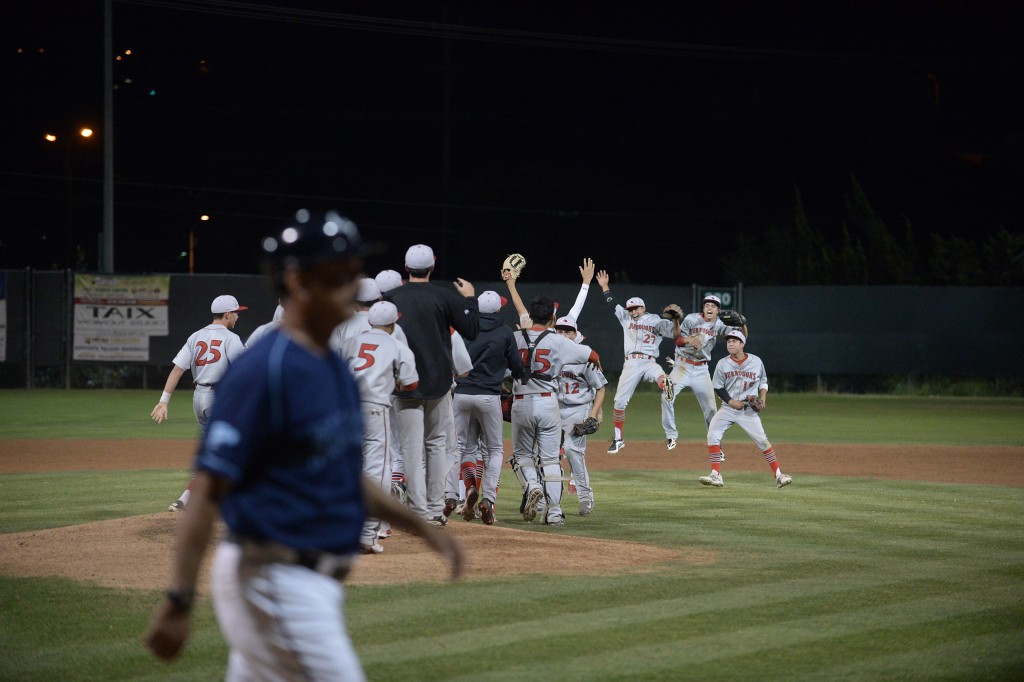 They came, they saw, they conquered.

For the first time since joining the Pacific League in 2006-2007, Burroughs has swept Crescenta Valley in baseball. With their heart-stopping 4-3 win on Friday night at Stengel Field, the Indians moved one step closer to winning their first league title since 1997.

Coming into the season, Burroughs knew that the road to a possible league title would have to go through Crescenta Valley and their ace pitcher, Brian Gadsby. In a span of three weeks, the Indians have defeated Gadsby twice dealing the future UCLA Bruin a couple of tough one run losses.

“It feels pretty good because at the beginning of the year they (media) were handing a lot of things to Crescenta Valley. They didn’t realize that we have 23 guys here ready to take that away,” Burroughs coach Craig Sherwood said. “We are used to being under pressure situations like that. I leave it on their (Burroughs) shoulders. It’s their game to win or lose. I like how they handled it.” 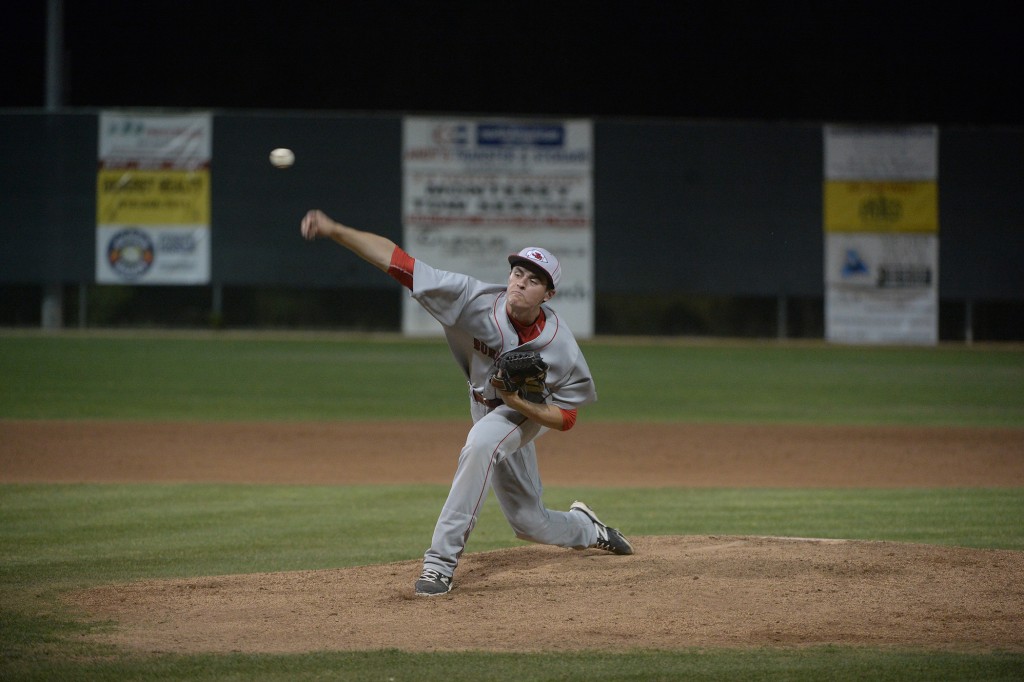 Playing a major role in both Burroughs victories has been right-hander Thomas Wilson. In a 1-0 win against CV back on April 7, Wilson fired a complete game four-hitter.

This time around there was more at stake. Both teams entered last night’s game tied for first with 8-1 records. Playing under the lights in front of an enthusiastic crowd at the old venerable ballpark in Glendale, Wilson held the Falcons at bay limiting them to only one hit through the first four innings.

Wilson finished with five innings under his belt giving up three hits, one earned run, striking out six and walking just one. He improved to 7-0 overall with a mind-boggling 0.72 earned run average on the season. 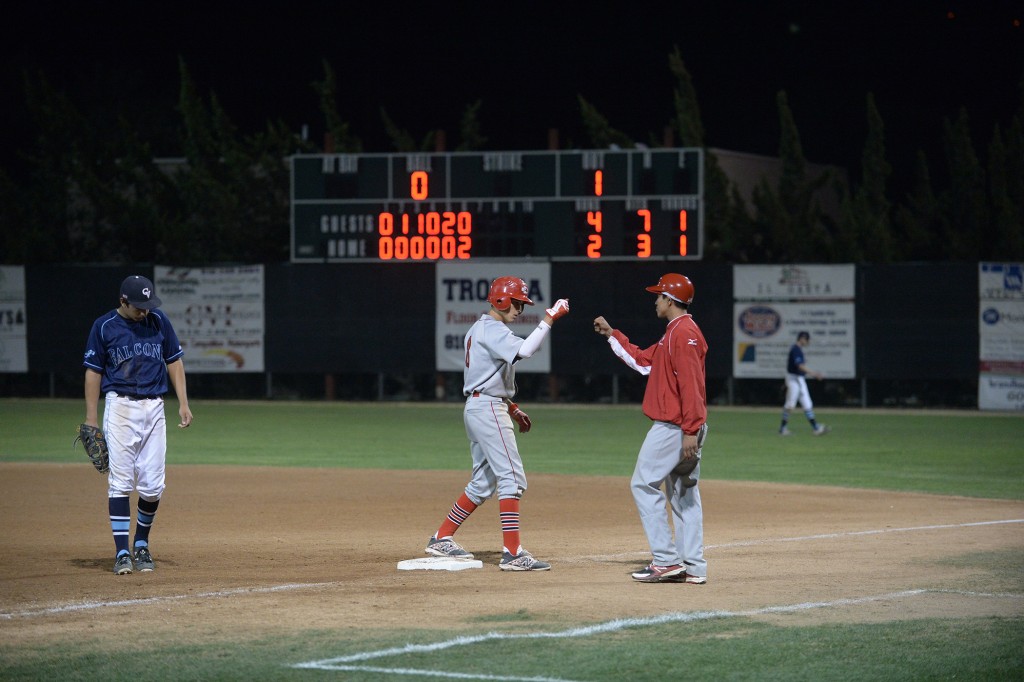 “We knew it was a big game coming into it. We had high energy going in. I went out there and felt confident,” Wilson said. “The team does the hitting so that’s on them. I give them props for putting up runs against Gadsby because that is tough to do. I did my job and they did their job and we got the win.”

“They have a great pitcher over there but we have a great pitcher too. In fact we have a great team,” said Sherwood, who has done a masterful job of defining roles and getting his team to believe in themselves. “Wilson has shown that he should be somebody who is seriously looked at for the next level. I think this will go a long way and it’s telling people that he is a guy you want to have on your team.”

Wilson and teammate Danny Bustos have done an incredible job on the hill for the Indians this season who have won nine straight games and 15 of their last 16 contests.

Gadsby was clearly not himself after having thrown five plus innings three days earlier versus Pasadena. The Indians took advantage and swung freely and without hesitation to the tune of seven hits. 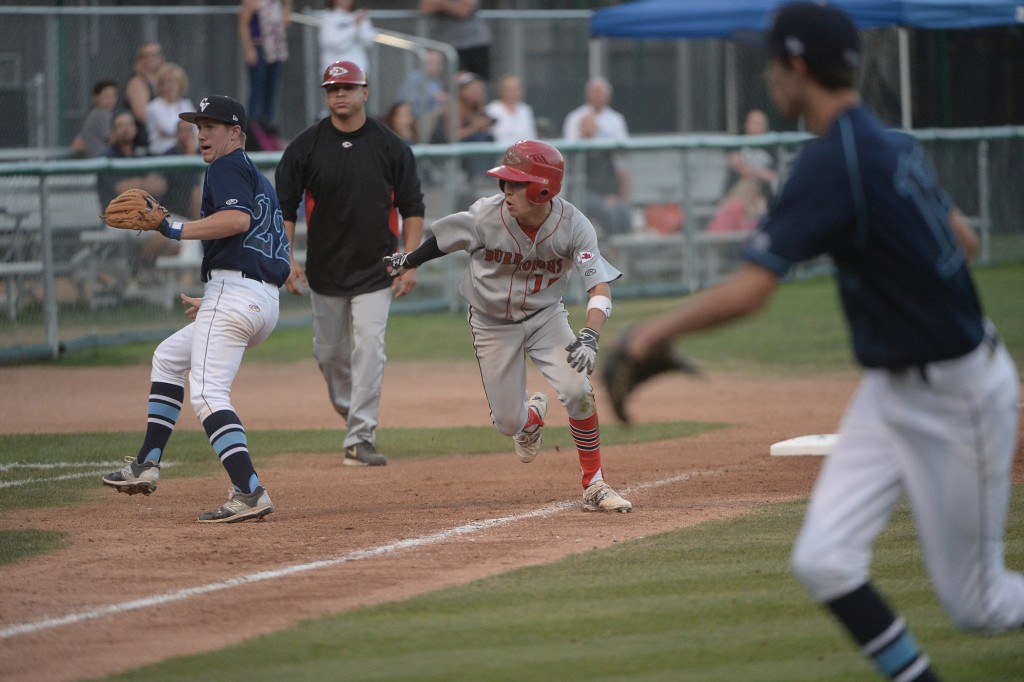 Burroughs (19-4, 9-1) scored single runs in the second and third innings to take an early 2-0 lead. An errant throw by CV shortstop Ryan Lynch brought home Anthony Bocanegra for a 1-0 Indians’ lead in the second.

Base hits by Aidan Anding and Max Haddad put runners on first and third with two outs in the third inning. Tyler Lewis drove a Gadsby fastball up the middle for an RBI single and a 2-0 lead.

Meanwhile, Wilson was cruising retiring 12 of the first 13 batters he faced.

In the top of the fifth, Burroughs added two very important insurance runs. Gadsby reached his 10 inning limit for the week and moved to the outfield leaving runners on first and second. 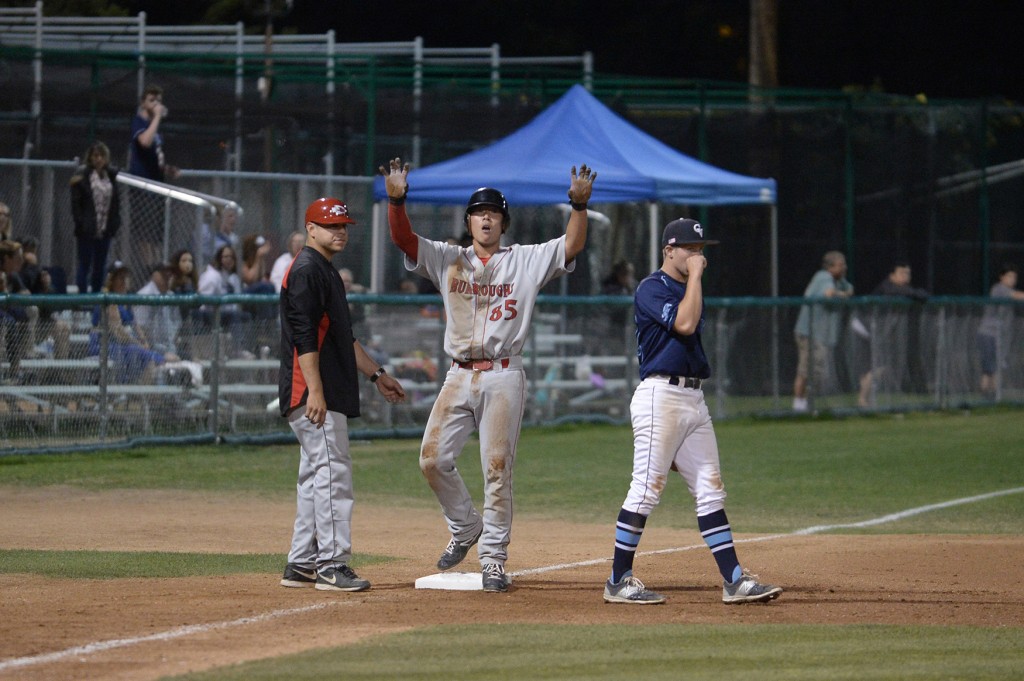 Roy Hirota smashed a triple, the game’s only extra base hit (Photo courtesy of Mitch Haddad)

A strike three, wild pitch by Eric Ma bounced to the backstop bringing home Ryan Galan (2 for 4) and advancing Haddad to third base. Max DeAmicis followed with a sacrifice fly in foul ground plating Haddad to give the Indians a 4-0 lead on the Falcons.

“We’ve been beaten a lot by them the past couple of years. I honestly think they are bigger than Burbank,” DeAmicis said. “If it wasn’t for that fluke loss (vs. Pasadena) earlier in the year we would be undefeated. It just feels great.” 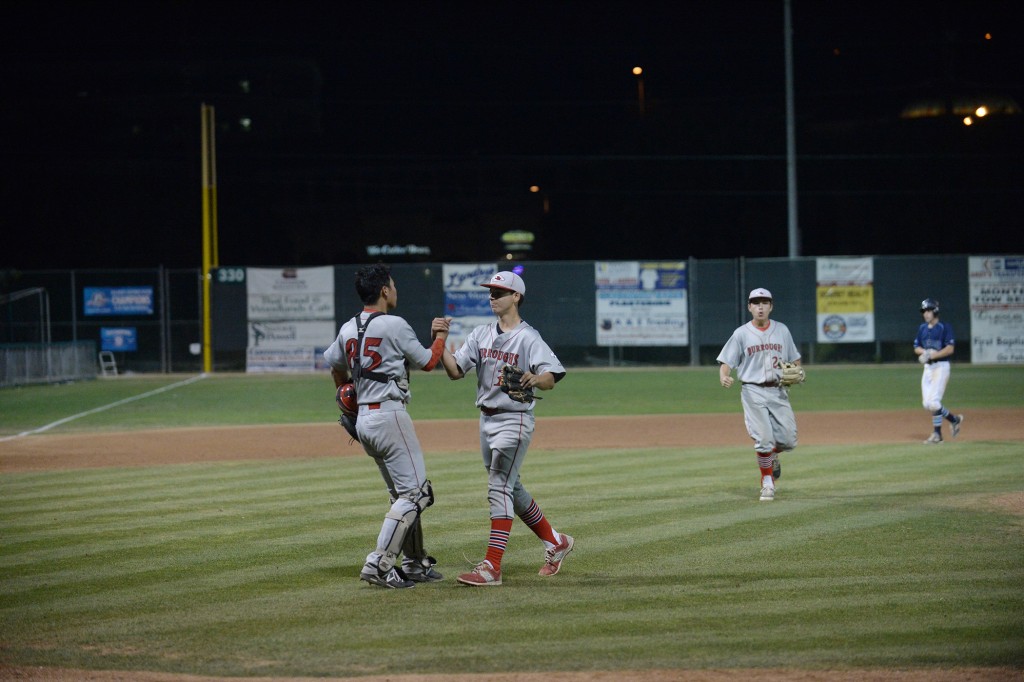 The significant win should catapult the Indians from No. 10 in the recent CIF Division 2 poll over Crescenta Valley who was ranked No. 3 despite losing to JBHS the first time. Burroughs also owns a win over No. 6 Camarillo.

“I can’t figure out how we are not ranked higher but we should worry about the final score of the game and not what the rankings are,” Sherwood said.

Point taken. The odd rankings should be revised after the Indians swept the Falcons for the first time ever in league.

The quest for a league title and win No. 20 continues with a home game against Hoover on Tuesday, May 5.