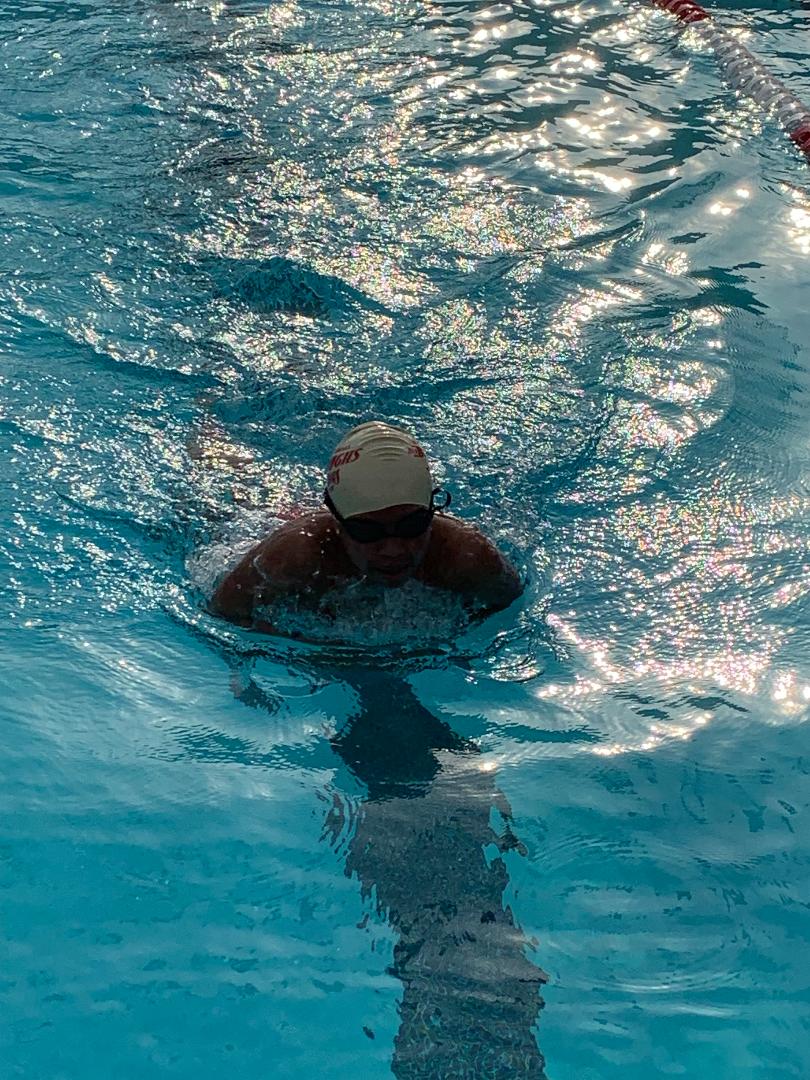 The Burroughs High boys’ and girls’ swim teams may not be large in number, but they are strong on quality.
Thursday afternoon the Indians defeated visiting Glendale High 95-76 in the girls varsity and 99-66 in the boys’ varsity competition.

“We have smaller team than normal, but I think that gives us the opportunity to focus on personal times rather than winning meets,” Burroughs boys’ team captain Nathan Gault-Crabb said. “It is an amazing credit to all of the swimmers if we win, but we’re trying to hit personal bests every meet rather than just winning the meet and doing okay. That’s our biggest thing this season.”
The Burroughs girls team won seven of 11 events, including all three relays.
Individually, junior Maya Wilson won the 200 freestyle in 2 minutes, .80 seconds. Wilson also won the 100 butterfly (1:02.32). She has received CIF automatic qualifying times in both events.
Wilson was on the winning 200 medley relay team along with Lilliana Noriega, Sophia Liwag and Emmanuella Nathan. The team has received a CIF qualifying mark.
Wilson was also a part of the winning 200 free relay team, which has also achieved a CIF qualifying mark, included Aleah Orozco, Noriega and Nathan.
Nathan won the 50 freestyle (27.24) and Madeline Spangler won the 100 freestyle (1:00.80).
The 400 free relay team of Nathan, Spangler, Orozco and Noriega were victorious (4:18.25).
Reigh Abaoag won the 100 butterfly (53.92) and the 100 breaststroke (time not available). He has received CIF automatic qualifying times in both events.
Gault-Crabb won the 200 individual medley (2:25.75).
Arthur Eldridge won the 50 freestyle (25.31).
Nicolai Lazarev won the 500 freestyle (5:32.14).
The 200 medley relay team of Jehu Morning, Gault-Crabb, Abaoag and Eldridge were victorious (1:48.54).
The 200 free relay team of Abaoag, Gault-Crabb, Dowling and Arshak Berberyan won in 1:39.34.
The 400 free relay team of Gault-Crabb, Dowling, Berberyan and Kristian Solano won in 3:57.20.
Both Burroughs team are now 3-2 in league dual meets.