Burroughs High will play its biggest and most important football game of the season on Friday night at Friedman Field on the campus of St. Francis in La Canada in a CIF Southern Section Southeast Division quarterfinal match.

A win and the Indians advance to semifinals, but getting to the next step won’t be easy in front of a loud and hostile crowd, to say nothing of how potent and skilled the Golden Knights (8-3) are.

The Indians own a 10-game winning streak after suffering a season-opening defeat at the hands of Calabasas on the road, 45-25.

Since then, Burroughs has paraded around and past every opponent in its way and has scored 40 points or better in seven games. 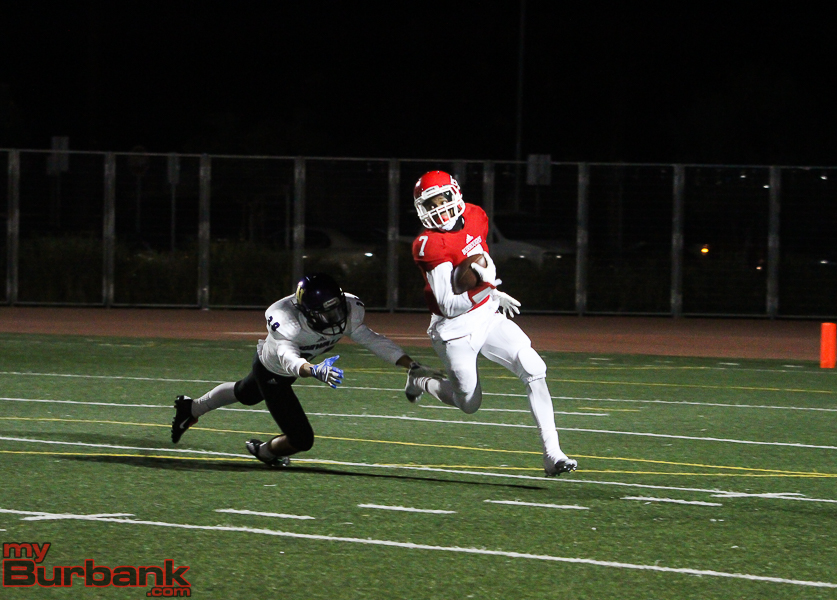 Senior wide receiver/defensive back Robert Awunganyi is a threat whenever he touches the ball. (Photo by © Ross A. Benson)

The offense, which averages 376.9 total net yards, is triggered by senior quarterback Steven Hubbell, who has thrown 27 touchdown passes with four interceptions.

Hubbell has accounted for 1,696 yards through the air and has hit on 125 of 189 attempts. When pressured, Hubbell will make like a running back and has picked up 252 yards with six scores.

Junior tailback Chance Bell is a dynamic and highly-skilled runner with the ability of turning a short gainer into a long one in the blink of an eye.

In Burroughs’ first-round victory over Norwalk, 16-9, Bell, who leads the team with 1,378 yards and 23 touchdowns, injured his knee on the first play and had one carry for four yards.

If Bell, who has paced the Indians’ ground game the last two campaigns, isn’t able to play, Coach Keith Knoop has several others who will try to carry the load.

They include senior Ash Hawkins, who has 252 yards and two scores, junior speedster Sammy Duran, who has 287 yards and two touchdowns, and junior Oscar Perez, who had 40 yards in last Friday’s win over the Lancers. 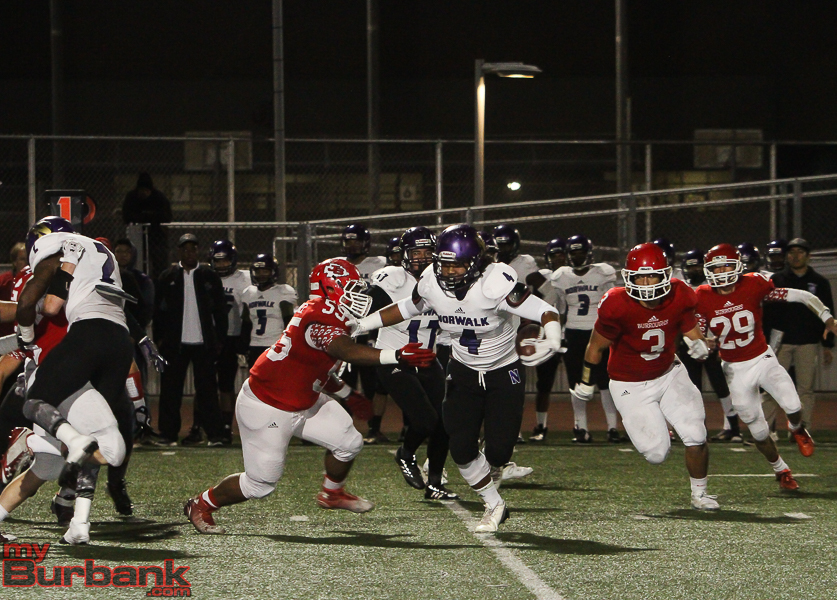 Burroughs’ defensive is a hard-hitting group with 15 interceptions and 32 sacks. (Photo by © Ross A. Benson)

The Indians’ defense has racked up 32 sacks, 15 interceptions and is spearheaded by a bevy of players including senior linebacker Branden Garcia (nine solo tackles and 54 assists) and senior defensive back Devlin Jimenez (15 solo tackles, 29 assists, one and a half sacks, three interceptions and two passes defended).

The Golden Knights are riding a four-game winning streak that includes a 21-19 victory over host Warren in their opening-round game, and average 142.8 yards receiving and 134.9 yards on the ground.

Junior quarterback Miles Bryant makes the offense click and has passed for 1,571 yards with 14 scores and two picks and has completed 116 of 179 attempts. 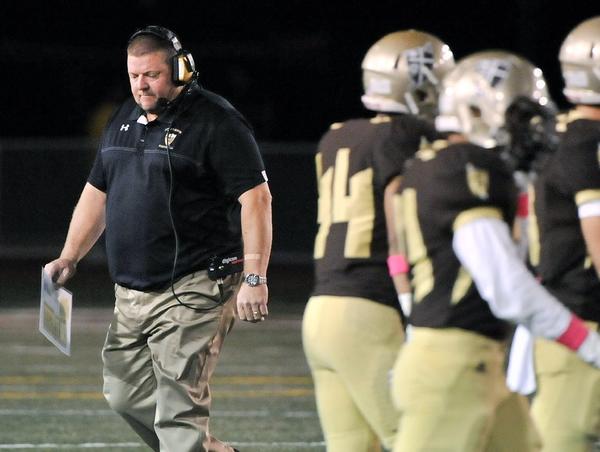 The ground game is sound and is led by senior running back Areg Nazarian (759 yards and six touchdowns), while junior wide receiver Jace Harrick has 245 yards and three touchdowns.

Nazarian, who has 1,176 all-purpose yards, has caught 25 passes for 203 yards and one score, while Harrick has 100 yards on 10 receptions and one touchdown.

The Golden Knights then dropped three games including a 34-0 setback at Calabasas, a 27-20 double overtime loss at Salesian, and 27-21 at home versus Harvard-Westlake.

What followed were triumphs over visiting Cathedral 31-14 and St. Paul 24-7, and road victories over La Salle 27-14 and Warren by two points.

The Golden Knights are always tough and hard-hitting on defense and are led by senior defensive end Sean Davitt (49 solo tackles and 12 assists with 16 sacks).

With a win, either Burroughs or St. Francis will be one more triumph away from the championship game.