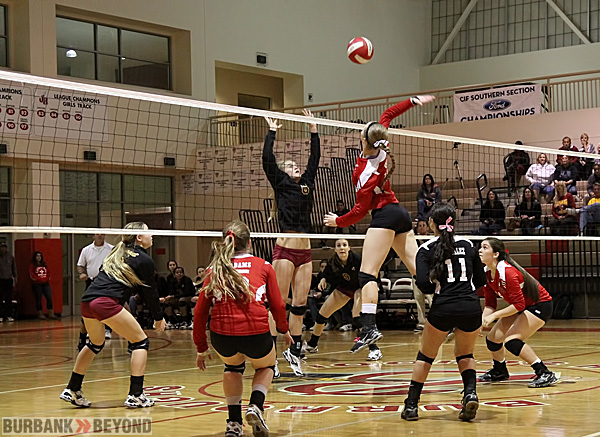 Laura Howard goes high for a spike in the upset win against Oxnard (Photo by Ross A. Benson)

Revenge is a wonderful thing. Advancing to the next round in playoffs is even better. Winning in dramatic style on your home court is pure elation. 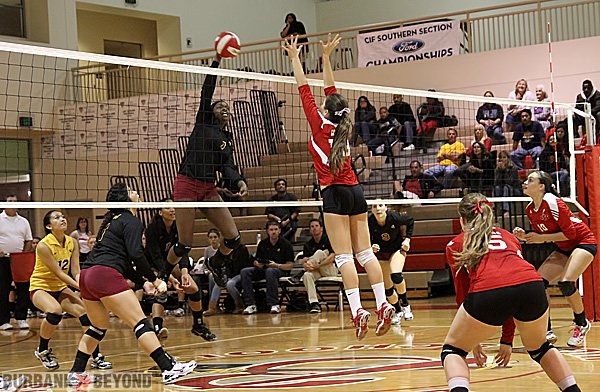 Caitlin Cottrell rises to block a shot in the Indians win (Photo by Ross A. Benson)

A year ago, Oxnard ended the amazing season for JBHS who went 21-6 and 14-0 in league in 2011. A year later at the same location and in the same second round, Burroughs prevailed this time against the Yellowjackets. Oxnard went into the match undefeated in league and on an 11-game winning streak.

Down 10-5 in the fifth set and five points away from their season ending, the Indians dug deep and rallied to tie the match at 11 apiece. Riding a wave of confidence, Burroughs broke a 13-13 tie and won 15-13 setting off a wild celebration in the JBHS gym. It was a comeback that sent Oxnard packing and Burroughs into the elite eight of the Div. II-A playoffs. 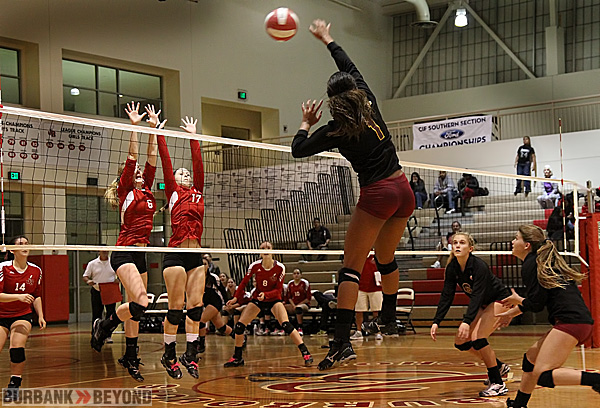 Burroughs exacted revenge on Oxnard a year later (Photo by Ross A. Benson)

Burroughs (12-6) will now face a Pasadena Poly team that finished 6-6 and in third place in the Prep League.