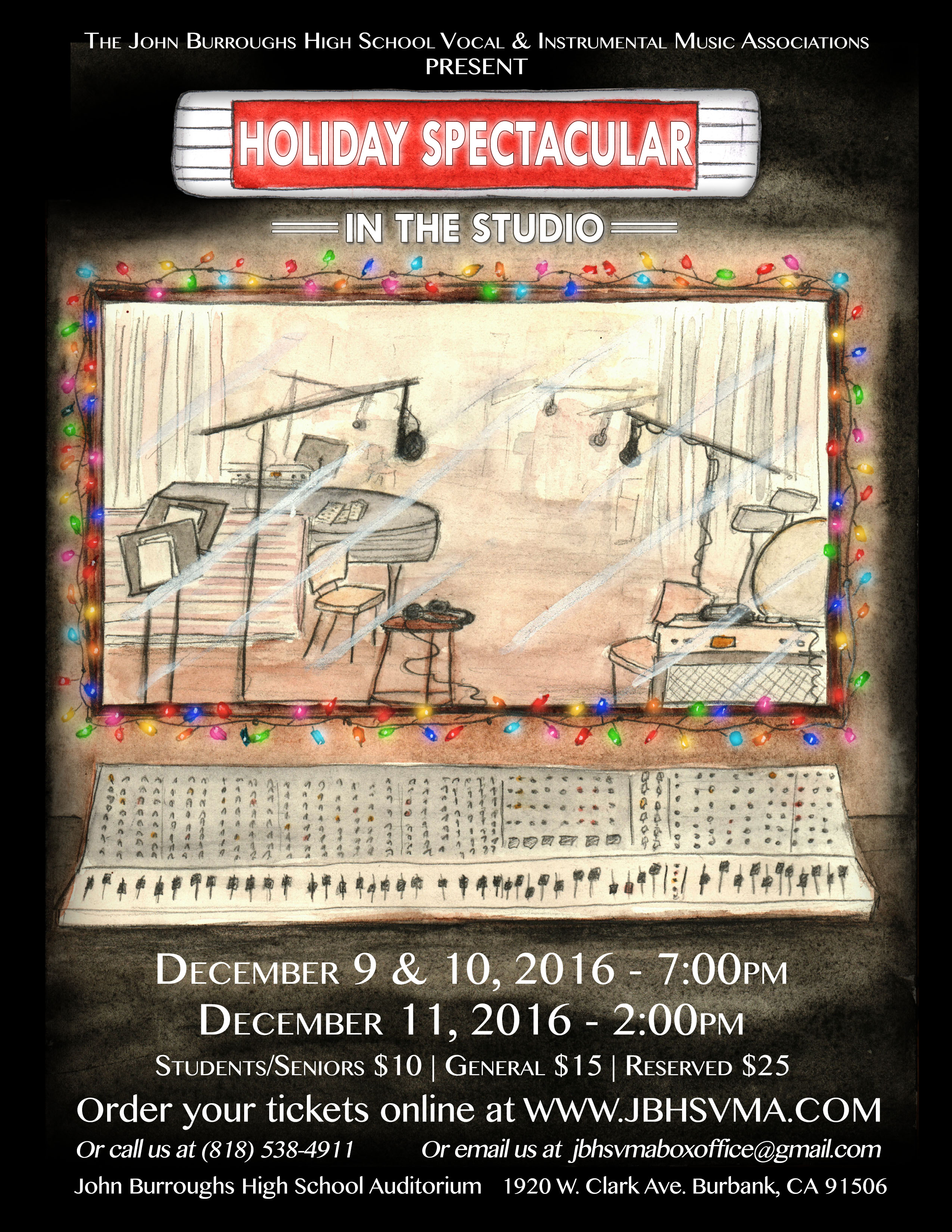 The combined vocal and instrumental departments of John Burroughs High School are presenting the community a very special musical treat for the 2016 holiday season, “Holiday Spectacular, In The Studio”. It will be a performance filled with the seasonal sights and sounds of the award winning music departments of the school. The auditorium stage will be home to choirs: Powerhouse, Sound Sensations, Sound Waves, Decibelles, the Muses and the Vocal Ensemble along with the Concert Band, Wind Ensemble, Symphonic Band and selected instrumental and vocal solos. They will be performing a diverse selection of holiday music featuring classical lyrics to contemporary big band sounds, from Christmas to Chanukah to New Years’ reveling which will leave the audience filled with the holiday spirit. The first act will end with The IMA’s salute to the Trans Siberian Orchestra and the show’s finale will be Step Into Christmas by Elton John. Both classic songs created “in the studio” which have become staples in our holiday celebrations. The other highlights will be the numbers when the combined choirs and bands unite onstage, with over 300 students performing together!  In keeping with the tradition of the choir, the performance will end with alumni invited up onstage to join in with their rendition of Silent Night, which features senior soloist Aubrianna Rohan.

Performances are Friday, December 9th at 7 p.m. and Saturday, December 10th at 7 p.m. and Sunday, December 11th at 2 p.m., all in the John Burroughs Auditorium, 1920 W. Clark Ave., Burbank 91506. General Admission to Holiday Spectacular 2016 is $15 for adults, $10 for students and seniors. Reserved seating is $25. Due to the large amount of students performing, the seating is limited so order your tickets now at http://www.itsmyseat.com/JBHSVMA/ tickets can be purchased at the auditorium box office before the performances.  For questions about Holiday Spectacular, please call (818) 538-4911 or email at jbhsvmaboxoffice@gmail.com