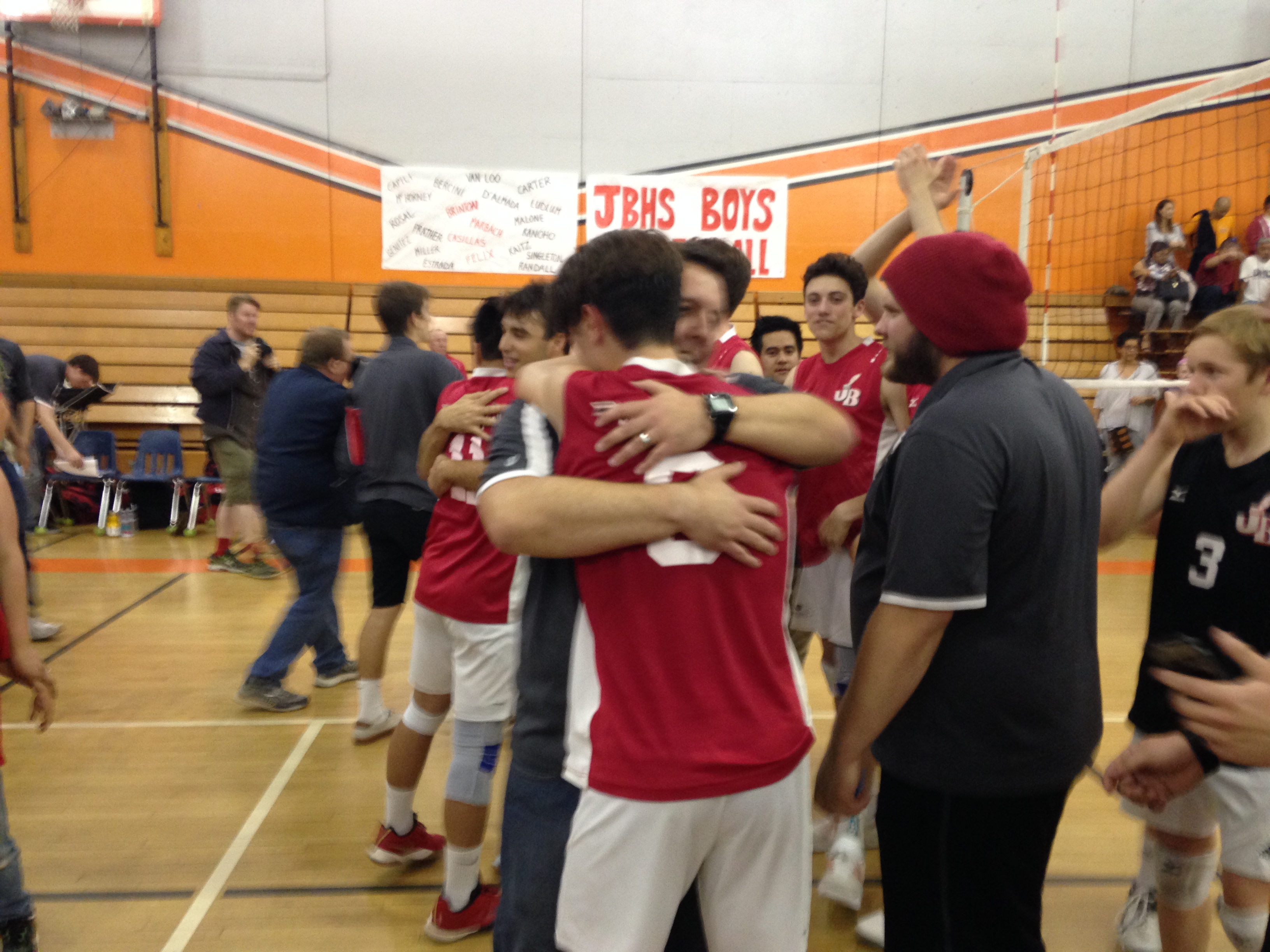 Playing in big matches is something that has become the norm for the Burroughs High boys’ volleyball team.

A four-time CIF semifinalist over the past six years, the Indians showed Wednesday night how they were prepared as they defeated host South Pasadena  25-22, 25-23, 25-11 in the semifinals of the CIF Southern Section Division 2 playoffs.

Burroughs, the No.3 seed, will play top-seeded Oak Park of Agoura Saturday in the CIF championship at Cerritos College.

“This proves how much we’ve improved in the last year,” Burroughs setter Ryan Van Loo said. “We kind of didn’t show up against Valencia (in last year’s semifinals). We knew we had to come here and it give it our all and we did.”

Burroughs last appeared in a final in 2011, when it lost to the Division 3 title match to Cerritos Valley Christian.

“I’m really proud of the guys for battling and doing what they were asked to do,” Burroughs coach Joel Brinton said. “We finished the job like they were supposed.”

Burroughs was actually down 13-9 in the first game before calling a timeout. Led by senior outside hitter Greg Luck, South Pasadena went up by as much as 15-10 before the Indians mounted a comeback and tied things up at 17 on a kill by Cameron Capili.

Andrew Dalmada, who had a team-high 16 kills, broke a tie at 22 with one of his kills to push Burroughs ahead. The Indians clinched the first game as South Pasadena hit the ball out.

The second game was also close and intense. With both teams tied at 23, South Pasadena served the ball out of bounds. Burroughs then clinched the game with a block from Van Loo.

Burroughs took command early in the third and final game and never looked back.

Capili had 12 kills for Burroughs and Conner Ludlum had 10 kills. Van Loo had 37 assists and three blocks. Skyler Bercini had nine digs.

“They’ve got great athletes all over the place,” Brinton said. “We’ll sit down with our coaches and come up with some sort of plan. We know we can do it.”