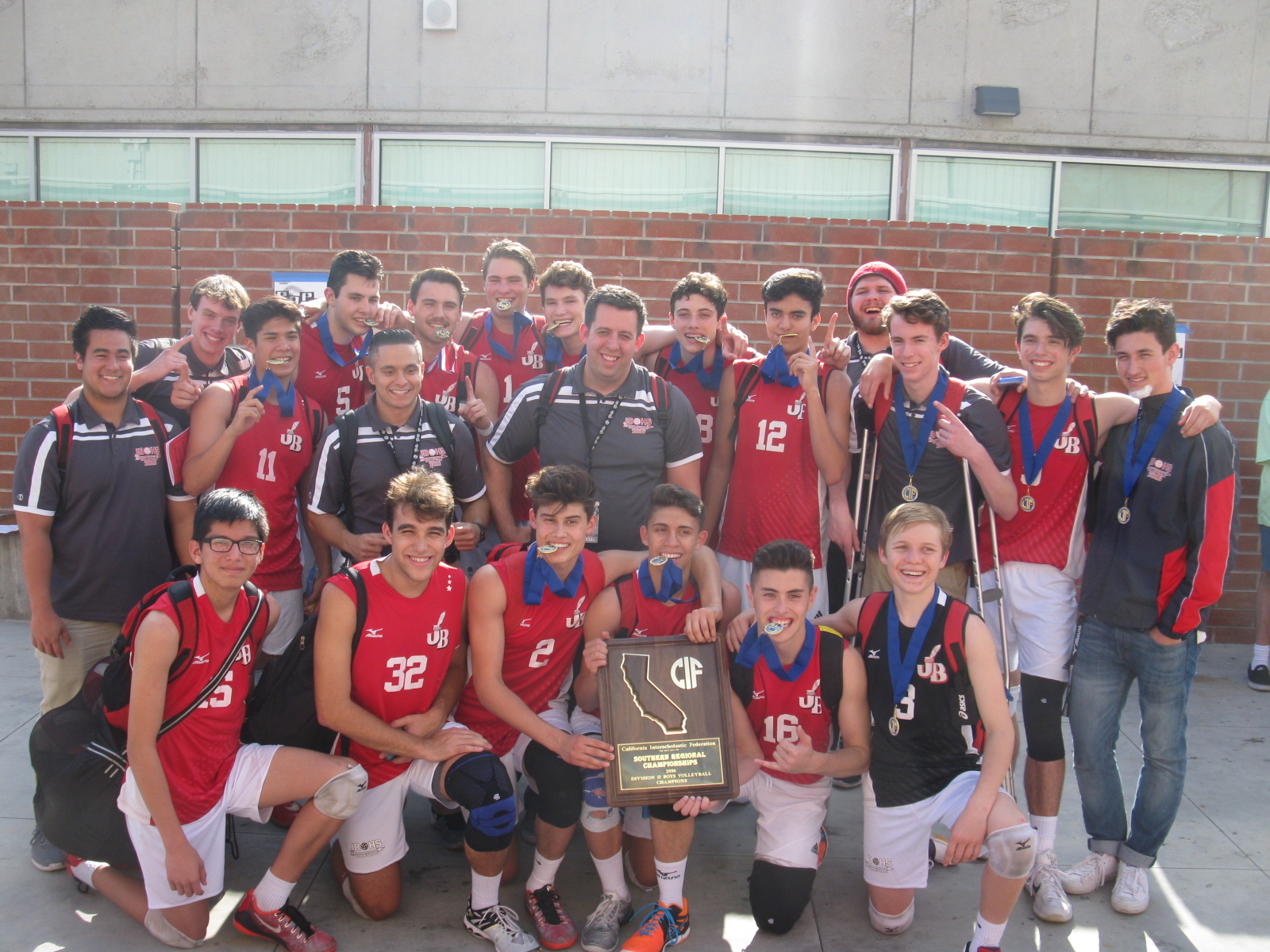 Five players already had their high school diplomas in hand. Still feeling a need to leave their mark, the Burroughs High boys’ volleyball team came out motivated and focused and put together one of the greatest performances any team in school history has achieved.

Facing a team they had lost to just a week earlier, the Indians defeated Oak Park 25-23, 22-25, 25-23, 25-21 to win the CIF Southern California Division 2 Regional championship at Edison High in Huntington Beach.

“This is the best feeling going out,” said Cameron Capili, one of the five graduating seniors. “It did hurt losing CIF, but winning (Southern California) is much more meaningful and it means more because we played the same team again.”

Andrew Dalmada, who had a match-high 19 kills, said losing the CIF Southern Section Division 2 championship a week earlier, was something that the Indians struggled with at times. 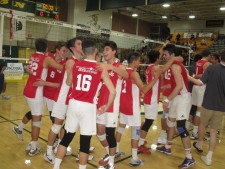 “This entire week we’ve had it in the back of our minds,” Dalmada said. “With Chatsworth and Sanger we knew we had to focus on that, but we worked for the end goal. You want to win both, but it doesn’t always happen that way. Last Saturday was a great game. Coming back, this is so satisfying.”

The win was a huge accomplishment for coach Joel Brinton, who started the program 10 years and has gone on to win seven consecutive league championships.

Burroughs (31-6) appeared to be more relaxed coming out compared to the CIF Southern Section championship.

“We didn’t do a lot of things we needed to last Saturday that we did today and the difference was shown,” Brinton said. “Our middles were way better, our blocking was way better. Our serving was way better. I think that experience of playing in a championship game. Last week they had never done it before so I think this time it was a little more low key because we’ve already been through this.” 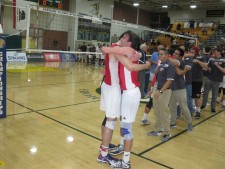 Setter Ryan Van Loo, a four-year varsity player who has signed with Lewis University, had a match-high 47 assists.

“The loss in CIF lit a fire under us and we carried that throughout the week. It feels great to get another chance with them a win a (Southern California) championship,” Van Loo said.” I can’t put it into words. It feels so great to win a championship, especially against these guys. They are so good. We knew all week we needed to work harder and better to get to Saturday and we did. We completed our journey.”

Burroughs rallied to win the first game 25-23. A kill by Conner Ludlum made it 24-23 and a block by Bailey Carter sealed it.

Oak Park (36-4-2) came back and won the second game as Burroughs fell behind after leading 15-14 at one point.

The third game was also tight with Burroughs going down 23-22. But Dalmada, Van Loo and Carter all had kills to turn things around.

“Right now it’s a little bittersweet because we have a great group of guys,” Dalmada said.” This is one of the best groups of guys I’ve ever been associated with and the fact that it’s ending is sad. At least we end on a high note.”

Van Loo also reflected on his time at Burroughs.

“Out of my four years on varsity this moment is the greatest moment I’ll ever have of Burroughs volleyball,” he said. “I’m lucky to be on this team. I’m lucky to have this coaching staff and all these fans that came out. It’s just a great experience and I’m never going to forget it.” 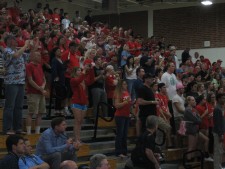