On an evening in which it was raining outside, it was also raining three-pointers inside the Burroughs High gym as the Indians’ boys basketball team poured in 15 three-pointers and routed visiting Glendale 95-53 in a Pacific League contest on Tuesday.

Lee was asked what’s his role? “I like to run plays for me early and then get my teammates involved,” he said. “But today I knew after the first three minutes or about midway through the first quarter that I was going to have a big night.” 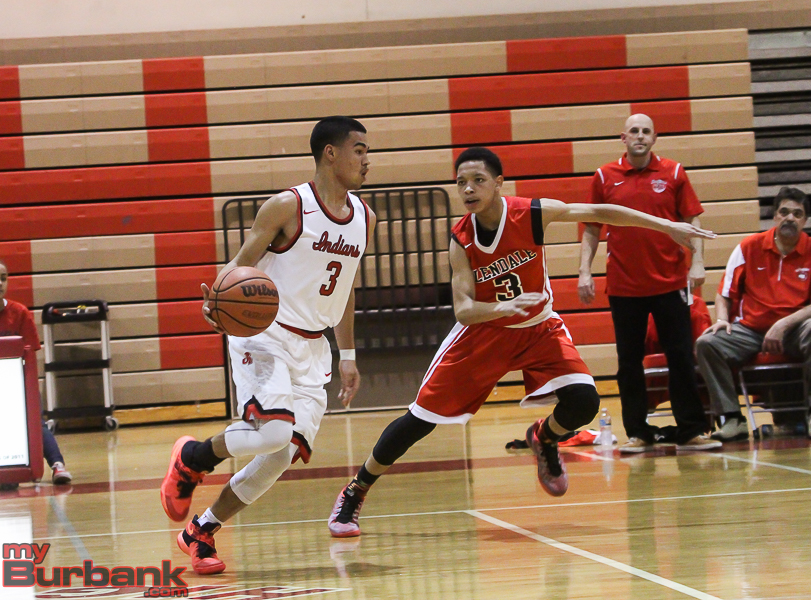 Ross Lee III scored a game-best 28 points in rout of Glendale. The senior point guard had eight three-pointers. (Photo by © Ross A. Benson)

From the outset, Lee, who dished out five assists and had three steals, had his long-range touch working as he converted four treys in the first quarter while scoring 14 points.

In the frame, the Indians, ranked 12th in the CIF Southern Section Division I-A, connected on 11 of 17 shots and pulled ahead 27-9.

“When we’re making our three-pointers and we play defense and stick to our game plan we’re going to be hard to beat,” Burroughs coach Adam Hochberg said. “We thought we’d be 5-1 in league at this point, but we’re 4-2, which isn’t bad. Even though we’ve lost a few games, we still think we can be the best team in the league.”

Lee’s three-pointer with 5:17 showing on the clock in the first quarter gave the Indians a 10-4 advantage.

The torrid shooting continued into the second quarter as Burroughs (14-4 and 4-2 in league) canned seven of 15 from the field as junior power forward Tristen Hull tallied six of his 14 points. 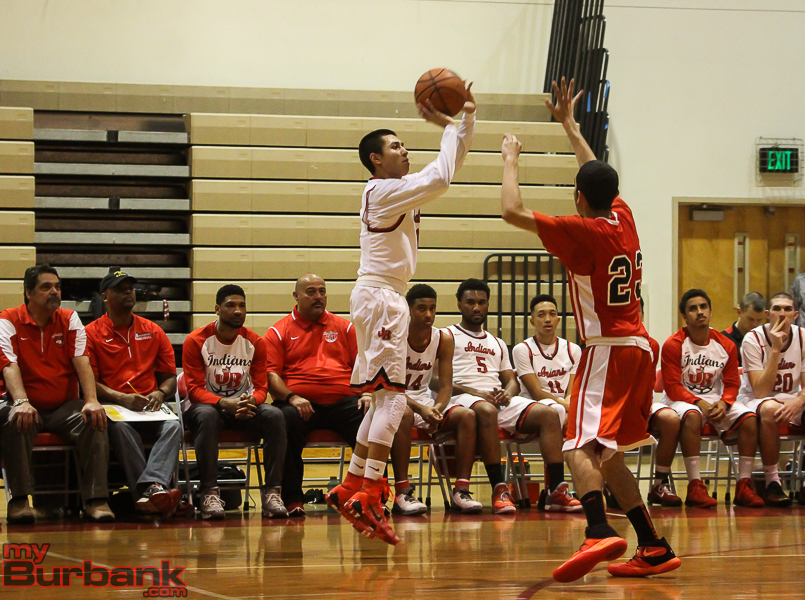 Lee was somewhat quiet in the second quarter as he scored only one bucket from long range.

But senior shooting guard Steven Hubbell, who made three from beyond the arc, chimed in with a pair of three-pointers en route to 11 points as the Indians, who made 50 percent of their shots from the field (32 of 64) took a 48-28 lead into the break.

A 27-point third quarter followed for the Indians who made nine of 21 from the field.

Lee showed the way by scoring 11 points while hitting three from three-point range as Burroughs forged a 75-36 advantage after three quarters over Glendale, which made 33.9 percent from the field (19 of 56). 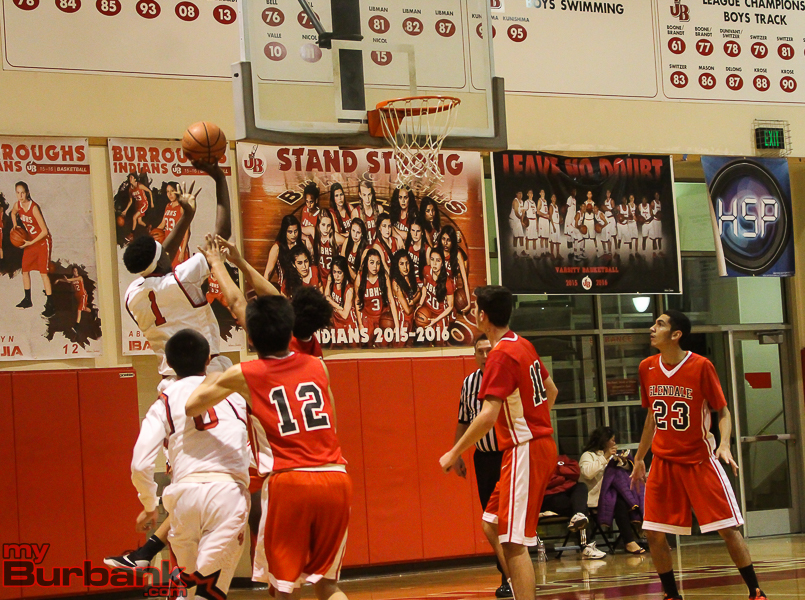 Junior forward Tristen Hull goes up for a shot. Hull finished with 14 points in 42-point rout of Glendale. (Photo by © Ross A. Benson)

Senior power forward Angelo Solis chipped in with 10 points including four points in the third quarter.

Junior guard Austin Marx (nine points) came off the bench and tossed in three treys to lead the charge in the fourth quarter as the Indians made five of 11 from the floor.

Eli Degrate finished with a team-best 11 points for the Nitros (7-12 and 0-6 in league), while Daniel Madden, Alex Ramos and Daniel Gonzalez all had eight points.

The next time Burroughs takes the floor will be Friday at 7 p.m. at city rival Burbank.