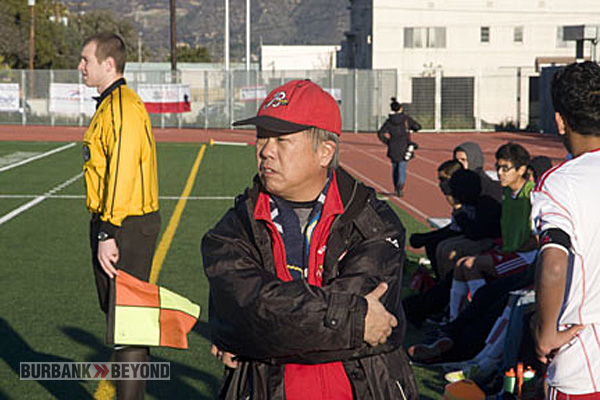 Coach Mike Kodama captured his eighth title as the Indians coach and the first for his program since winning back-to-back titles in 2008 and 2009.

Manny Celio scored three goals, including two in the first 20 minutes of the game, to lead Burroughs. His first two goals gave JBHS an early 2-0 lead. After leading 2-1 at halftime, the Indians struck again on a pass from Xavi Izquieta to Celio who scored to make it 3-1 at the 55th minute. Izquieta scored 20 minutes later to cap off the scoring. Brian Arzate controlled the pace of the game from the outset.

“I’m extremely happy for the guys,” Kodama said. “It’s been special to see the team’s growth this season.”

Burroughs (13-6-2, 10-3 in league) realized it had clinched the outright league title with a minute left in its match. Crescenta Valley tied Pasadena, 1-1, giving the Indians a five-point lead in the standings with only one contest left to play- at Burbank on Thursday at 3:15 p.m.

“It was a subdued celebration,” Kodama said. “We know there is more for us to come in the playoffs. This team can flat out play. We have a lot of talent and it all came together these last two weeks.” 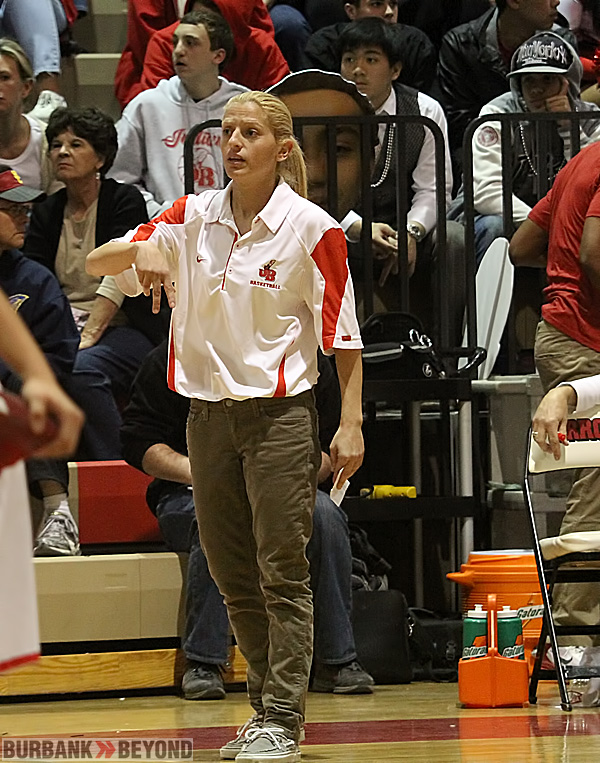 The Indians claimed at least a share of the Pacific League title with the win at Arcadia. Burroughs (23-3, 12-1 in league) can take the title outright with a win on Thursday at Burbank. Tip-off is at 5:30 p.m.

“This is the best feeling in the world,” Burroughs Coach Vicky Oganyan said. “It is very rewarding with all the work we put in from last year up to this point to build a strong team. I’m very proud of the girls and happy that they can experience success. It teaches them a great life lesson that hard work pays off.”

Both teams came in with identical 11-1 records in league. How even were these two teams? The game was tied at half, 22-22, and at the end of third quarter, 30-30. It was tied at 36 apiece with four minutes remaining before Burroughs made the victory charge outscoring the Apaches 13-9 to win the contest.

“We did a great job executing our game plan,” Oganyan said. “Our defense was solid. We had everyone step up on offense and make huge baskets throughout the game and especially down the stretch.”