BUSD Superintendent Matt Hill sat down recently with myBurbank to talk about his first six months at the helm of Burbank public schools.

He’s learned about food safety and lunch procedures in a middle school cafeteria, talked about his love of the arts at the Burbank Arts For All Foundation community meeting and tasted some of the treats prepared by students at the Community Day School.

For the first few months as superintendent, Hill emphasized a listening and learning approach, getting to know the people and groups that make up and partner with Burbank Unified. 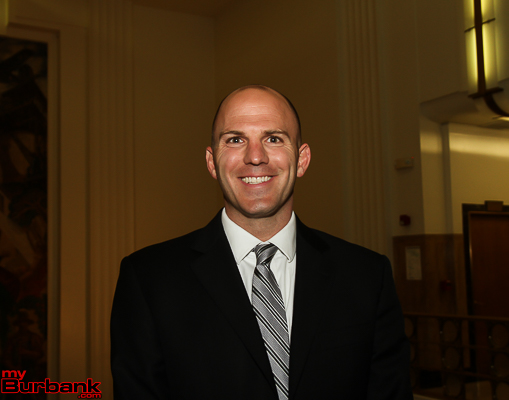 Early on, he reached out to the Burbank Teachers Association (BTA), which had expressed concern about the process during which Hill was selected as a candidate and hired.

“In hindsight, I would say the majority of the concerns were with process,” said Hill. “I’m definitely a nontraditional candidate and for the teachers’ union to hear about that a week before the official announcement… they didn’t have enough time to really get to know me and process through that.”

“As soon as I joined, July first, we sat down together and talked about our views and concerns and wishes for the district, and, we were very similar in our views,” added Hill. “My approach is listen first, share different perspectives, look at options. I’m very direct with my thinking and open minded to other people’s perspectives.”

“We worked through some challenges right through the summer. Some we agreed on, some we didn’t, but we both walked away with a high level of respect for each other.”

“From that moment we’ve continued that on and I really enjoyed working with our union leadership, classified teachers, certificated… it’s the approach I take with everyone,” he also said. “It’s an amazing district and it’s my job to help make it run smoother.” 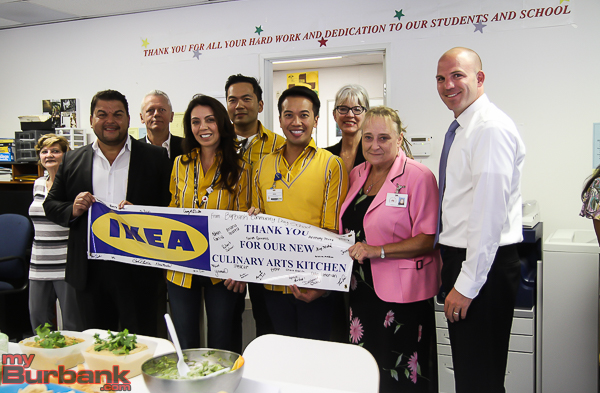 Superintendent Matt Hill at the opening of the Community Day School new kitchen.(Photo by ©Ross A. Benson)

“While it is still early to assess, Superintendent Hill, along with the new school board, has been working well with BTA by sharing more information and reaching out to us for input,” said BTA President Lori Adams. “We have settled some old conflicts and are working on some new ones.”

“Mr. Hill is very approachable and can see the struggles that teachers endure as we transition to new state standards, curriculum and assessments, changes in facilities and new technology.  It is nice that new money is coming into the district so we are able to replenish and improve upon the cuts that were made in the last decade.”

“My only remaining concern is Mr. Hill’s past association with the Broad Foundation and Eli Broad’s new plan to change 50% of LAUSD’s public schools to charter schools,” added Adams. “It is my hope that in the unfortunate event that we lose some key court cases, he will stay true to his word that he is not interested in bringing charter schools to Burbank. Keeping Burbank’s schools public and transparent will allow us to continue to use taxpayer dollars to provide an excellent education for all students.”

“All of Burbank Unified School District’s schools have been recognized as California Distinguished schools,” Hill said in response to Adams’ concern. “My role as superintendent is to continue to support our excellent schools so that there is no need for parents or teachers to want to form a charter school.” 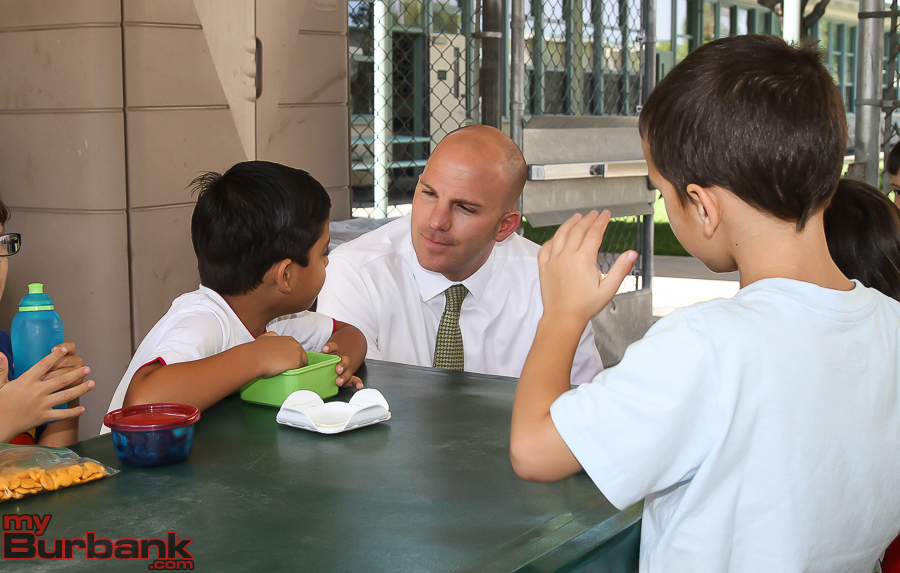 School safety has become a much-discussed issue in Burbank in recent months. Thefts at two elementary schools rattled parents and the community, although the alleged perpetrator has been arrested and charged by police. Another incident, in which an individual jumped over a school fence and was detained by school personnel until police arrived, also has raised community concerns.

“I would say our partnership with the Burbank Police Department has been very helpful,” Hill said. “They’ve always worked with the district for training. When we have incidents like this, I can pick up the phone and call. That’s one thing that I love about Burbank is that I can talk to the Chief of Police right away or his team.”

School safety is “not a one time thing that you do. It’s ongoing. We have had some reminders that we have to be very diligent about it.”

“Coming in as the new superintendent, I wanted to do an audit of where we are,” he explained. “Every year we do school safety plans. We do the Great Shakeout. We do lockdown drills.”

“We have procedures in place, we have training in place, but being brand new, I wanted fresh eyes to give me a third party objective look at everything. So that was something I recommended to the board that we put aside some of the one time funds we received from the state to do the audit.”

“We have to be overly diligent about approaching and welcoming,” said Hill. “I don’t want to be profiling or it to be a fear tactic when individuals come to our campuses, but we need to say hello and make sure people are properly identified when they’re on our campuses.” 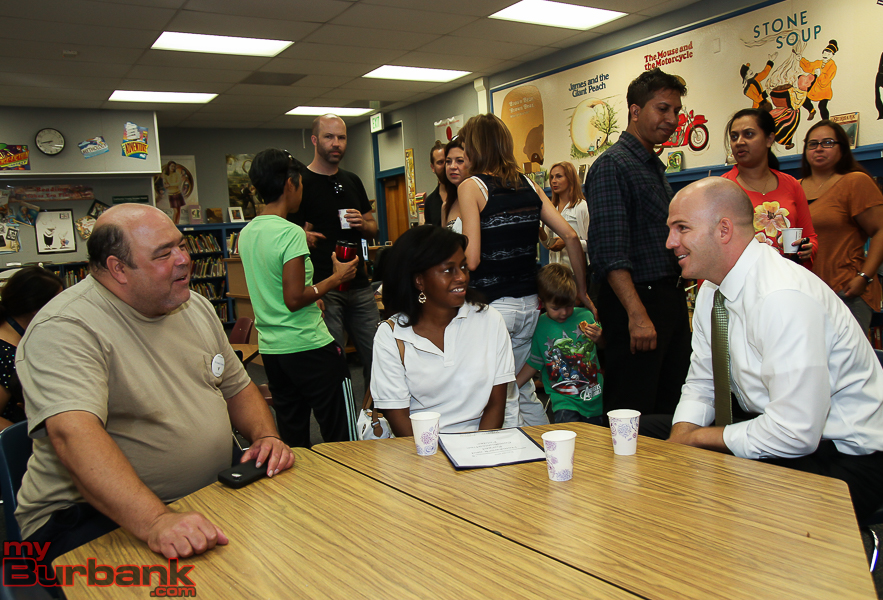 “So in the short term, our schools are having conversations. Right now is the time when we update our school safety plans. So they’re taking the recent events in consideration as well as the annual process to look at how you strengthen safety on campuses. We’re looking at additional needs we may need to provide to schools and combine that with the findings of this school safety audit.”

The BUSD Board of Education approved the hiring of Nicole Miller & Associates to perform a district-wide school safety audit in November. Work began shortly after the approval and continues into January. Results from the audit should be available by February.

“After I receive the report, I will prioritize the recommendations with the firm and begin to recommend some improvements to the Board,” commented Hill. “We have set aside $100,000 in one time funds to begin some implementation this year.”

The cost for implementing safety improvement may be higher than the $100,000 already set aside by the Board.

“The firm has recommended not publishing the findings, since they highlight potential weaknesses in our safety protocols,” Hill went on to say. “I feel we have good safety procedures and protocols in place here at BUSD, but we can never be satisfied. We need to constantly review and upgrade our safety practices in order to ensure our students and employees are safe.”

More of the interview with BUSD Superintendent Matt Hill will be published in Part 2.