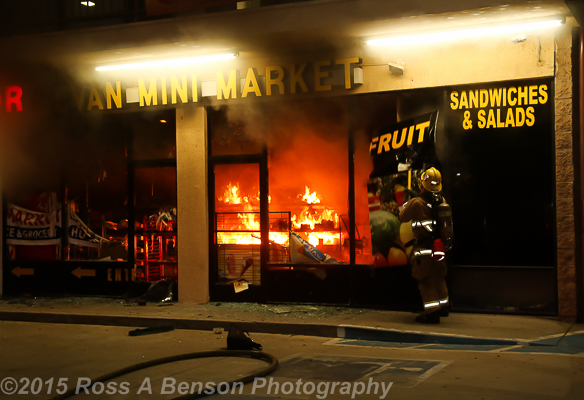 A Burbank liquor store was robbed Thursday night and after the three men left, according to radio reports, reportedly ignited some type of incendiary device at the business, injuring the clerk inside. 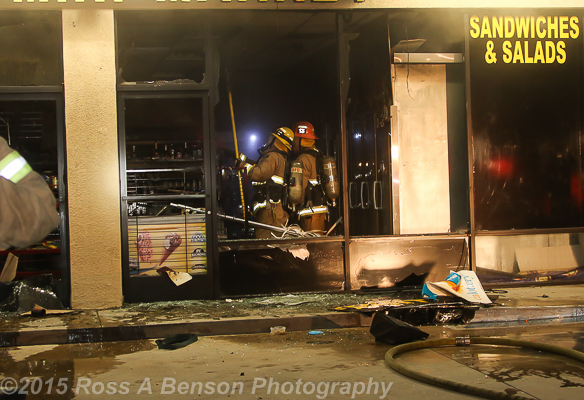 Burbank Police first got the call of an armed robbery in progress at 8:50 p.m. Thursday night at the Sevan Mini Market located at 1516 N. San Fernando.  Reports from the scene also indicated that the gunman might have tossed some sort of an incendiary devise into the market upon leaving igniting the store on fire.

When Burbank Fire first arrived, they found the interior of the store on the bottom floor of the two-story strip mall well involved in flames. It took firefighters close to 30 minutes to get the fire under control and although the fire destroyed much of the market, they were able to stop the fire before it spread to other stores of the second story. There was smoke damage to some of the other businesses. 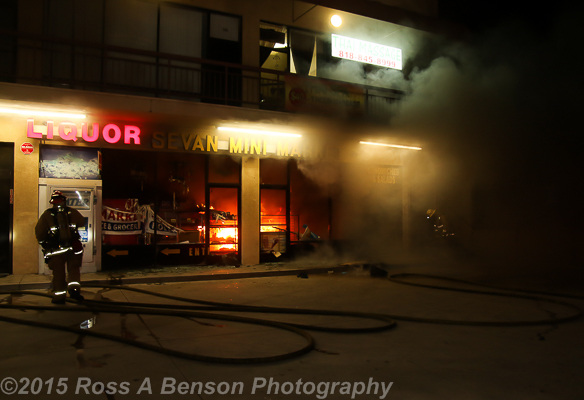 Police described the three suspects as male Armenians who fled the scene. Police are still questioning the victims and witnesses.

No arrests have been made. Burbank Police detectives along with Burbank’s arson investigator are continuing the investigation. Damage was still being tabulated.

This post has been updated from the original, as additional information has been provided.