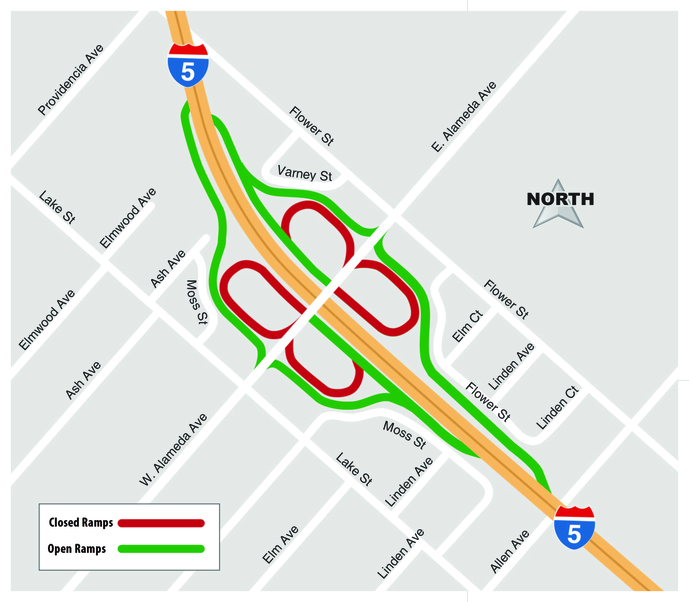 The following loop on/off ramps will be closed (RED in map below):

The following on/off ramps will remain open (GREEN in map below):

Work will occur during daytime hours unless otherwise noted.

Sonora Avenue, Alameda Avenue and Western Avenue Bridges: Through mid-November, crews are working in the I-5 median to demolish a portion of the bridges and working to construct and close the gaps in the middle of the freeway.

I-5 Median (between Verdugo Avenue and Sonora Avenue): Crews are grading aggregate base.

Southbound I-5 between Buena Vista Street and Burbank Boulevard: Crews are working on the roadway pavement.

Northbound I-5 between Buena Vista Street and Cohasset Street: Crews are constructing and backfilling retaining walls.