Stan Carrizosa, who was announced last week as a finalist for the job of President of the College of the Sequoias in Visalia, California, has sent out a letter Friday morning that he 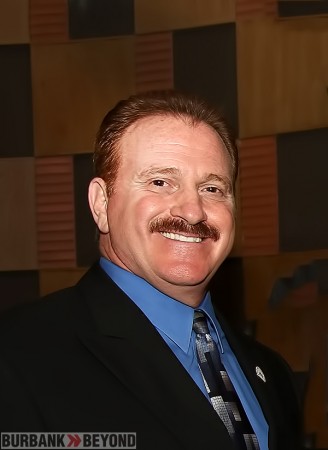 has been selected and will accept the job.

Carrizosa came to the BUSD during a troubled time and worked hard to repair damage with both classified and non-classified workers during a turbulent budget crisis.  He released the following letter Friday morning:

I am so grateful for the opportunity to have served with Burbank Unified School District these past two years. I have never left a position after such a short tenure so the unexpected timing of this change is a new experience for me. In this short time however, I have learned what many of you know so well and that is how unique and special this community is and the vital role BUSD plays in shaping this wonderful culture.

I want to thank our School Board for their leadership and support. They are the best School Board I have ever served with and we will all work together now to assure a positive transition over the next few weeks for our students, staff, and school community.

Most sincerely,
Stan A. Carrizosa

Burbank School Board President Debbie Kukta released the following statement from the Board:

On behalf of the School Board, I would like to congratulate Mr. Carrizosa on his appointment as president of College of the Sequoias. Stan has had a very positive impact on our District in many areas – staffing, finances, facilities, community relations. We are sorry to see Stan leave, but understand this is a growth opportunity that was difficult to pass up.

The Board would like our school community to know that we are already working on a transition plan and have a special meeting scheduled for this Sunday, May 20, at 3:00 p.m. in the District Office boardroom.  We will be providing updates as soon as they are appropriate.

We thank Mr. Carrizosa for the time he has spent here in Burbank. Due in large part to his efforts, the District is well positioned to continue our forward movement as we strive for excellence in education.