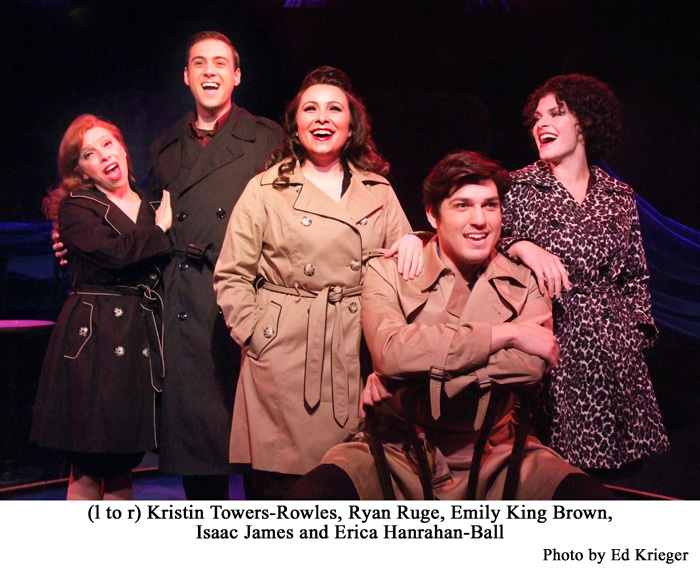 Right around the corner from beautiful Burbank is the fabulous NoHo Arts District, where anyone can transport themselves from the dusty industrial valley into a world of superb talent that belongs on stages in Manhattan.  One musical that is highly recommended for any audience member who loves quality songwriting and fine acting is the show “And The World Goes ‘Round” , now playing at the NoHo Arts Center located at 11136 Magnolia Blvd.

Under the direction of Gary Lee Reed, this wonderfully cast musical showcases the brilliant music and lyrics of John Kander & Fred Ebb (who both wrote music for icons such as Liza Minnelli & Chita Rivera).  The show starts out with gifted singer/musician/musical director Joshua Eli Kranz, as he strolls out on stage, looking like he’s just stepped off the silver screen from the Rat Pack Era.  He opens the show singing the title song, “And The World Goes ‘Round”.  He’s young, talented and has a stage presence that stays with you.  Alex Stickles quickly accompanies as the drummer/percussionists and sometimes appears as the bartender listening to his patrons’ vast stories over shots of booze, laughter and some tears.  These two young, talented men never miss a beat as they lay the foundation for the remaining 5 players.
The scene is a speakeasy type of atmosphere where the audience fades and the characters come to life in a combination of Broadway hits that vacillate between humor and heartbreak.  Each song if followed by another that is just as equally entertaining and passionately executed.  This is an outstanding cast! 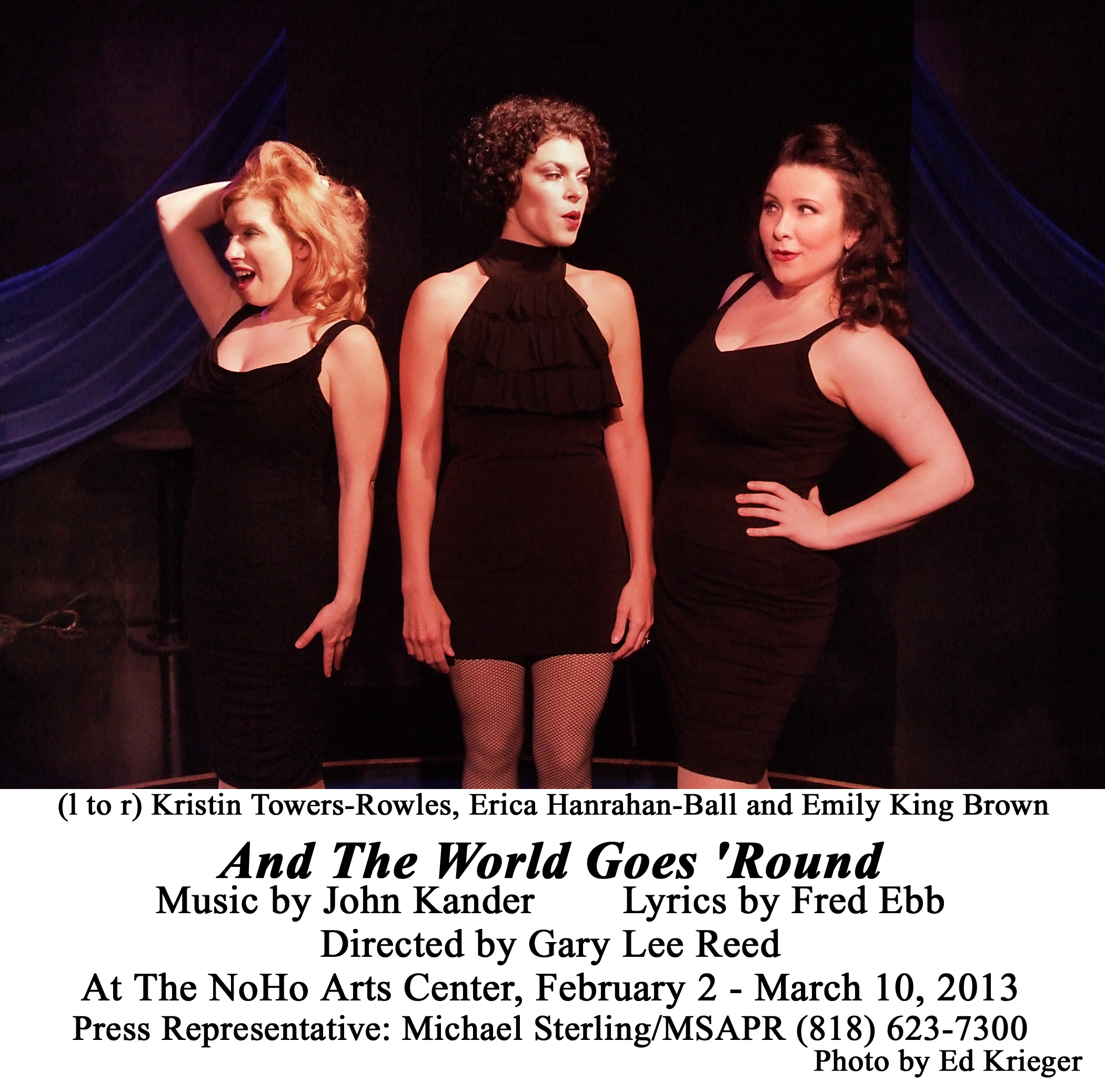 “Woman One” is played by the beautiful Emily King Brown.  She portrays several characters that keep you laughing and crying throughout the show.  You could hear the audience stop breathing during her stunning version of “Maybe This Time.”

“”Woman Two”  is played by spunky, strawberry-blond Kristin Towers-Rowles who showcases her clear, beautiful voice and swift comedic timing during her performance of “Arthur in the Afternoon” a song about a steamy extramarital affair.

“Woman Three”  is played by dazzling, Erica Hanrahan-Ball, whose last name is a perfect fit because she gives the feeling you’re watching Lucille Ball throughout the evening.  This is especially true while she performs a duet with Brown in, “The Grass Is Always Greener”. 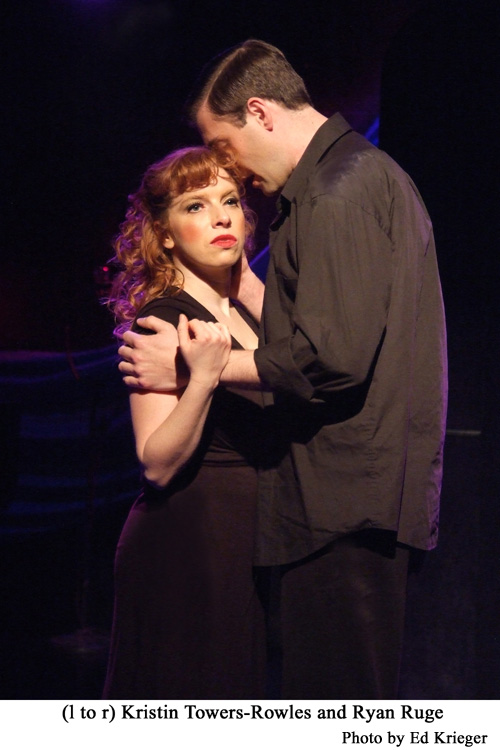 “Man Two”, Isaac  James James seems like he should be cast as the next Superman because of his handsome face and incredible build.  But boy can Clark Kent carry a tune!  He steals your heart as he belts out “We Can Make It.”
Finally, last but definitely not least, we have “Man Three”, played by actor/singer Ryan Ruge.  This fresh faced, multi-faceted young man made the audience erupt in laughter in “Sara Lee.”  Then we cried as he struggled through life as an underdog in “Mr. Cellophane.”
“And The World Goes ‘Round” strikes a chord in everyone and definitely at different times all the way through the masterfully designed 2-Act show. The five main actors portrayed characters with such raw vulnerability that the audience was reminded of past or present heartbreak, passion and the most painful romantic emotion…..unrequited love.
Support local theatre and leave reality for an evening by watching this well-directed, beautifully performed and cleverly choreographed treasure.  The cast & crew have struck gold with, “And The World Goes ‘Round”.
And The World Goes ‘Round
is playing until March 10, 2013
At
NoHo Arts Center
11136 Magnolia Blvd.
North Hollywood, CA 91610
Asperger’s Teens, Young Adults, Adults and Families
To Benefit from Special Select Performances
General Admission $28
For reservations and tickets, visit www.plays411.net/world or call 411 Plays at (323) 960-4418

REVIEW: And a Wonderful Wizard it was at Luther Burbank