Early Monday morning the skyline  along the I-5 freeway changed quite quickly as Cavalia erected their 10 story tall white Big Top. By opening night, the area known as 777 Front Street will transform into a city within a city. 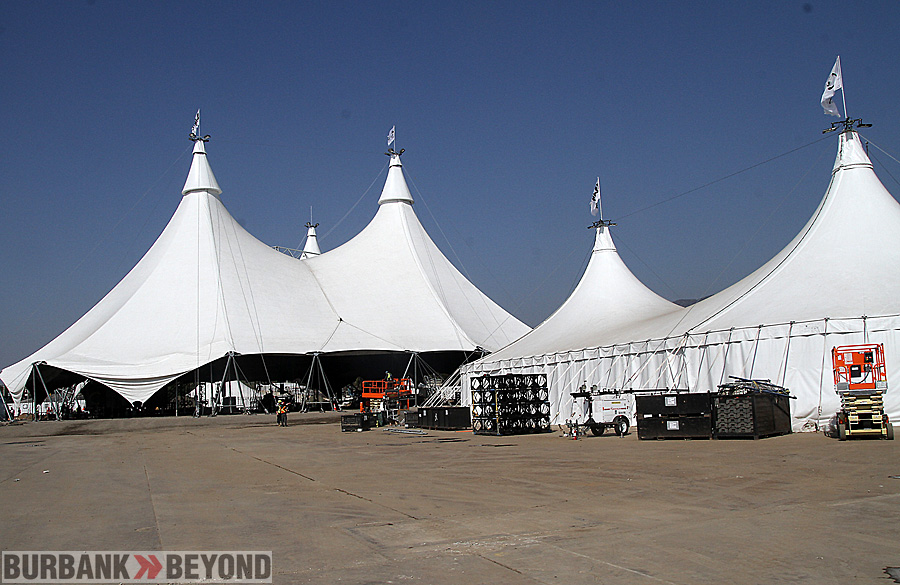 Cavalia’s Odysseo tent which is 110 feet high compared to a 10 story building, it covers more than 47,000 square feet. (Photo by Ross A. Benson)

Some facts about this Big Top, it is 110 feet tall or equals a 10 story building, while covering more than 47,000 feet and has a seating capacity of 2000 people.

The stage is approximately 27,000 square feet alone and has an underground water system that will be built to flood 80,000 gallons of water onto the stage for each finale. After the performance the water is drained in as little as 15 minutes.

Also installed on the stage is a high definition backdrop the size of three I-MAX screens. The tent is air conditioned and heater equipped. 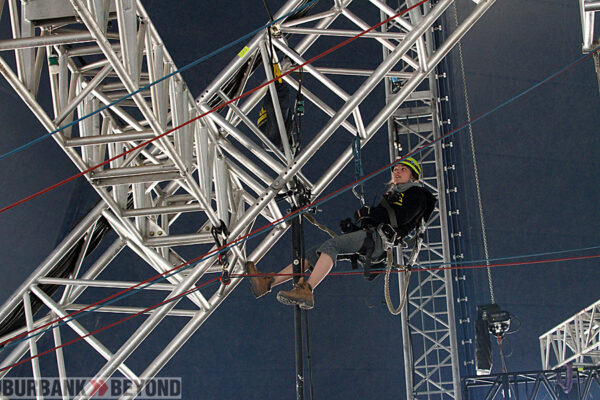 Electrician Marie Elyse Lamy hangs from truss, as she secures electrical equipment, the total weight of equipment that will be hung on the technical grid is 80 tons of gear. (Photo by Ross A. Benson)

The assembly of The Big Top consists of two arches that support the tent which also supports the weight of the canvas and technical equipment. When the four 110 foot tall mast are erected, sixteen  pieces of canvas are laced together into one piece that measures 18,000 square feet. The canvas is held in place by 1,310 three foot stakes, that hold down 250 anchor plates. The length of steel cable used to hold the structure to the ground is equal to 3.6 miles. 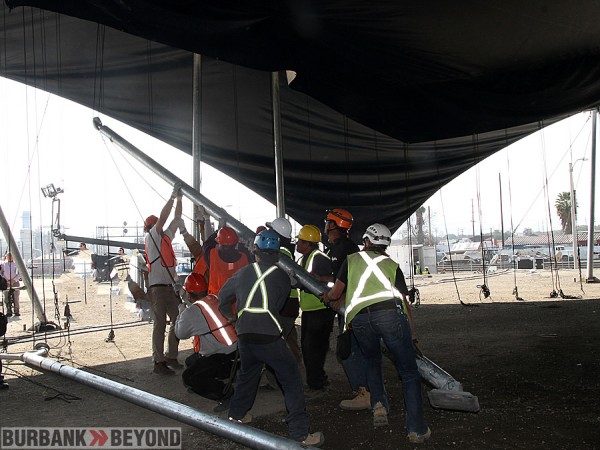 Labors erect one of the side poles that will hold the side canvas in place. (Photo by Ross A. Benson)

The Cavalia Village will consist of five tents in total, with the Big Top being where the performances are held. The stable tent which is climate controlled, also has showers, tack shop and a blacksmith department. The warm up tent and artist tent includes a rehearsal arena for the horses, riders as well as the acrobats and it also holds all the wardrobe and makeup areas. 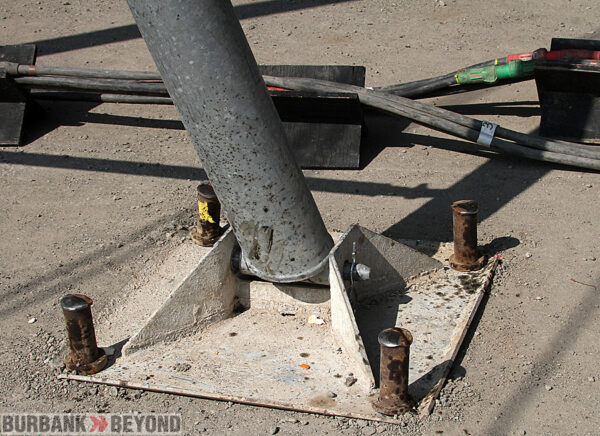 Pictured is a 250 pound plate held in place by three foot long spikes. There are 1,310 spikes used in total. (Photo by Ross A. Benson) 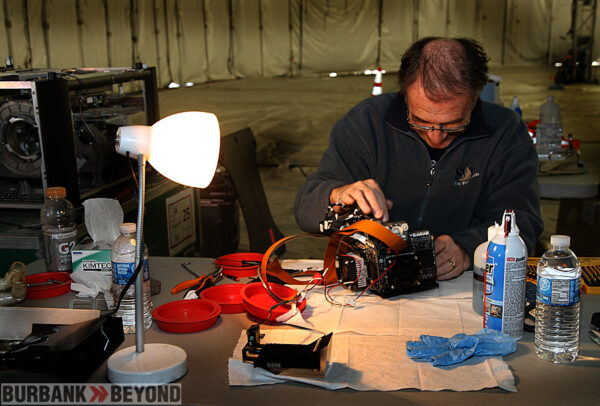 Pierre Rufiange, a technician works on one of the projector parts prior to be put into place. (Photo by Ross A. Benson)

The VIP tent is an exclusive area where Rendez-Vous  VIP  ticket holders can enjoy dinner and an all-inclusive Bar before the show and a dessert area and coffee area during intermission and after the show.