Tonight, Wednesday September 21 at 7:00 p.m.  Mark Thompson, the CEO of the New York Times will beat the Buena Vista Branch of the Burbank Public Library to discuss his new book, Enough Said:  What’s Gone Wrong with the Language of Politics?”   It’s a subject on everyone’s mind this Presidential election year, and Thompson is uniquely qualified to give us some answers.  He was a long- time journalist with the BBC and eventually became Director General of the BBC.  He has been the CEO of the New York Times since 2012.  He’s been on the frontline, and he’s seen it all. 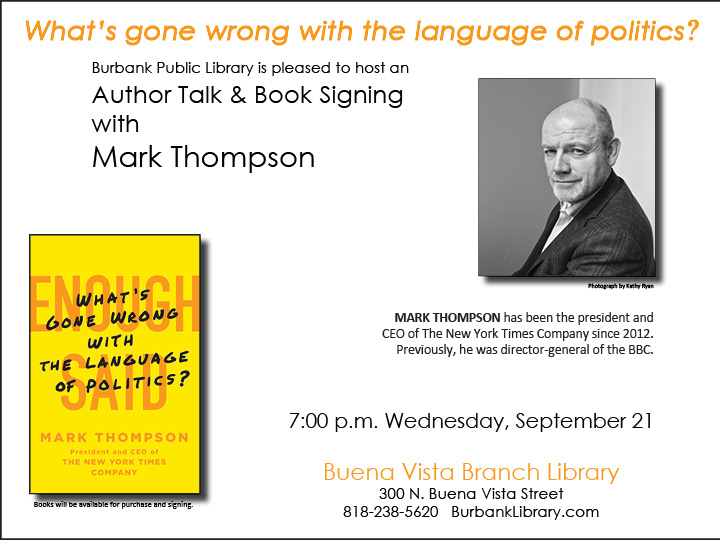 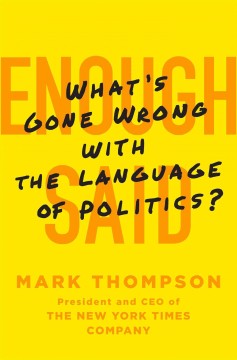