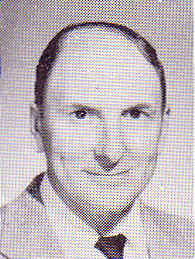 Charles Kramer, a former teacher at David Starr Jordan Junior High School (now Middle School) has died, along with his wife, Brunilda “Brunei” Kramer, following an automobile accident in Malaga, Washington on November 19. .  Ted Bunch, President of the Burbank Board of Education,  and his wife, who are long-time friends with the Kramers received word of their deaths.

Mr. Kramer was a history teacher at Jordan from the 1950’s until he left the district in 1970. He, along with his friend and colleague, Ted Bunch, worked together team teaching Social Science classes at the school.  The two teachers worked with large classes of students, where groups of students were pulled out into small group discussions.  The program helped student learning and was quite successful.

“Mr. Kramer was an excellent teacher,” said Bunch, adding, “Charlie was a wonderful, good natured teacher who was loved by his students.”

Mr. Kamer taught at Sinaloa Junior High School in Simi Valley, before retiring from teaching in 1982.  His wife had worked in the cafeteria at Pierce College.  They moved to Malaga, Washington 28 years ago.  The couple  were involved in a traffic accident on November 19.  They were both hospitalized in critical condition.  According to Bunch, Mr. Kramer had his wife’s bed moved into the same room so that he could hold her hand as she died on November 21.  He died the following day.  Mr. Kramer was 90 years old, his wife was 88.

“Their’s was a great love,” said Bunch, of the couple who had been married for over 50 years.

The Kramers had one daughter and a son.  Their daughter died shortly after they moved to Washington.  They are survived by their son, Ned, of Newhall, California, and his children, as well as their granddaughter from their daughter.  Mr. Kramer is also survived by his sister, Marion Jacobs of Bakersfield.

A story about the accident appeared in the Wenatchee World newspaper