The Lady Indians (21-7), who captured their fourth consecutive league crown and third straight undefeated league campaign, will host Palmdale (9-10) in a CIF Southern Section Division 1-A opening-round match on Thursday. 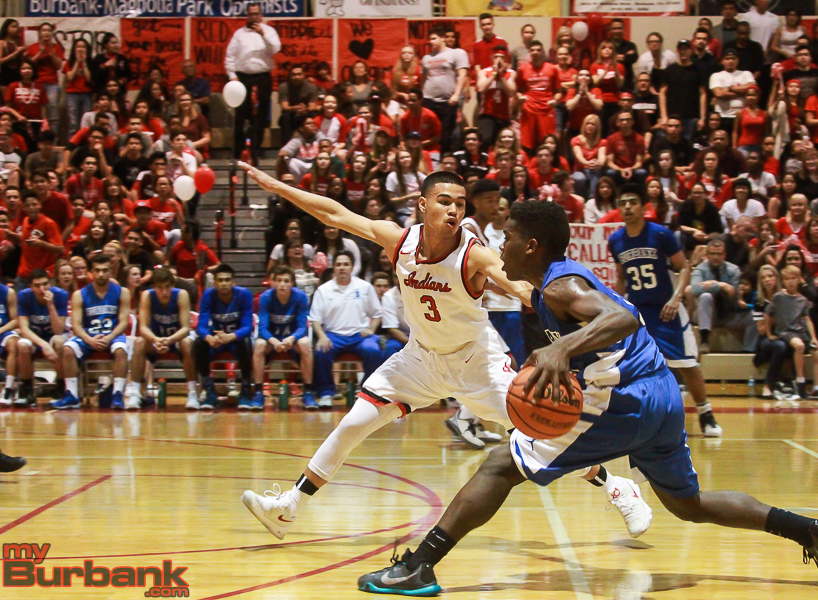 Meanwhile, the Lady Bulldogs (19-9), who placed fourth in league and were selected as an at-large team, will face Garden Grove (20-6) on the road in a Division II-AA match on Wednesday.

On the boys’ side, Burroughs (19-7), which fell to city rival Burbank 61-60 on Friday, and finished third in the league, along with Burbank (18-10), which took fourth in league, will both be on the road for first-round games.

The Indians face Alhambra (16-10) on Wednesday in a Division I-A clash, while the Bulldogs take on Garden Grove (21-6) in a Division II-AA battle on the same day. 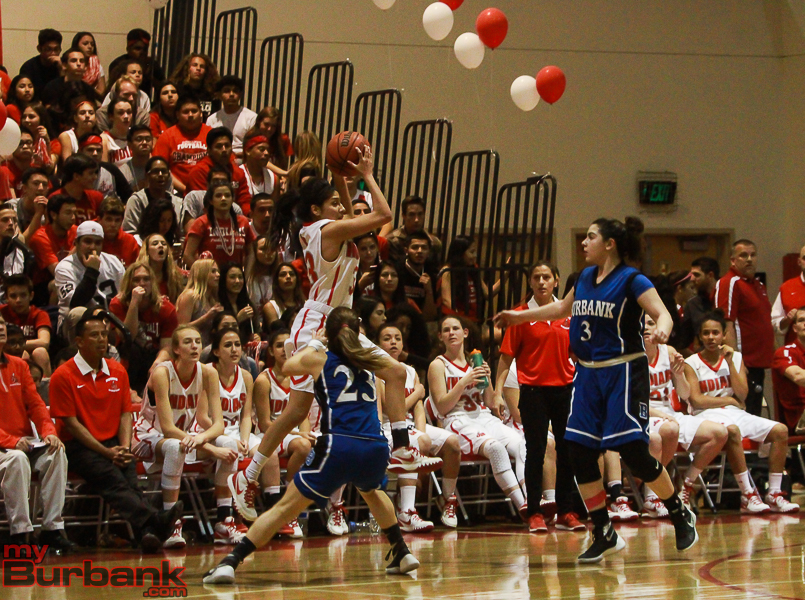 Burroughs guard Abbey Ibarra shots over Burbank’s Celine Shamalian. Indians will be at home while the Bulldogs take to the road for CIF games. (Photo by © Ross A. Benson)

If the Bulldogs emerge victorious in their opening-round game, they will play fourth-seeded El Toro (20-7) or Godinez (16-11) on Friday.

The Burroughs’ girls’ water polo team (14-9), which took second in league, will be on the road to meet Bonita (20-9) on Thursday in a Division IV match.

The victor of that battle will face Mission Viejo or Camarillo in the quarterfinals on Saturday.