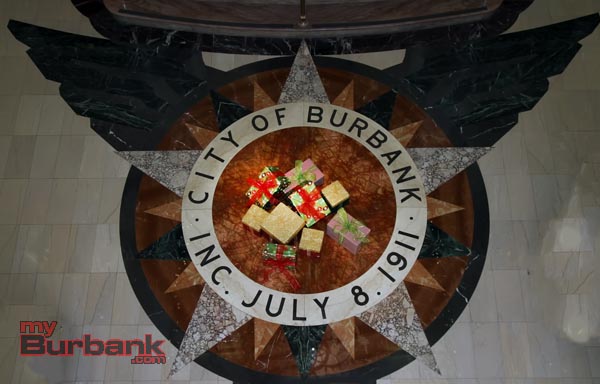 While some in the San Fernando Valley dream of seceding from LA and forming their own city, several Burbank leaders have bigger plans. Fed up with Sacramento’s antics, a Burbank citizen’s committee is proposing statehood for Burbank.

“Rather than try to reform a hopeless case like California, it makes more sense to form a state of our own,” explains C.S.,  the committee’s chair. “And Burbank has always been an island of sanity. [Ed. Note: at least compared to LA] We’re business friendly and we don’t have parking meters.”

If the committee succeeds, Burbank would have the distinction of being the only state that begins with a “B,” as well as being smaller than Rhode Island, currently the smallest state in the union.

But the committee intends to make the State of Burbank unique in other ways. “Burbank would adopt the best things we see in all the other states,” explains R.B., another member of the committee.  “Think of it! We could have a zero state income tax like some states. And low property taxes would be guaranteed under our own version of Proposition 13. And instead of that lame Medical program, we’d have real health coverage with MediBurbank.”

Granted that Burbank’s municipal finances have been reasonably sound, how would its State-level obligations be met? “Well,” muses a committee member, “we could legalize gambling like Nevada or marijuana like Colorado.”  But while the bud may indeed spur a budding economy, the committee acknowledges that the Rocky Mountain high may face a rocky road to acceptance.  “But I’m sure that we’ll work something out,” the committee member continues optimistically. “Folks will do just about anything to get out from under those clowns running California.”

Initially, the committee flirted with Glendale and Pasadena joining Burbank and creating a three-city state. “Trouble was, we couldn’t agree on the State’s name. Some of us wanted to call it Burglenpas. Others pushed for Enadalebank. You get the idea.”

If Burbank does achieve statehood, it will have a Governor, two Senators and one member of the House of Representatives. Several Burbankers  have been proposed for these offices, though there is not yet an agreed upon short list.

“The important thing is to let the City Council know that you favor statehood for Burbank,” says C.S.  “It’s absolutely essential that the people’s voices be heard.”

Please e-mail myburbank.com as well, and let us know whom you’d like to see as governor of the proud state of Burbank. We’d also welcome suggestions for the state bird and the state flower. Burbank could also use a good state motto.