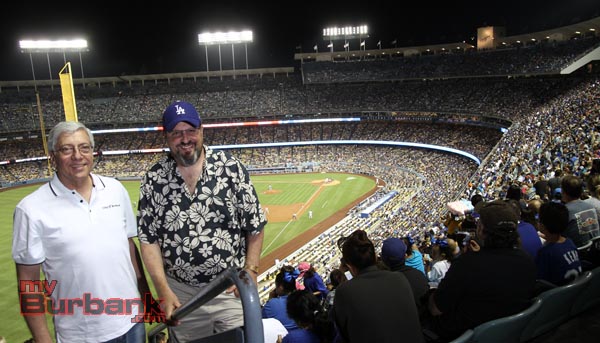 Who let the dogs out?!

On a night that fan No. 3,000,000 walked through the gates at Dodger Stadium, more than 600 dogs stole the show as the Los Angeles Dodgers celebrated “Pups in the Park” night last Saturday evening. 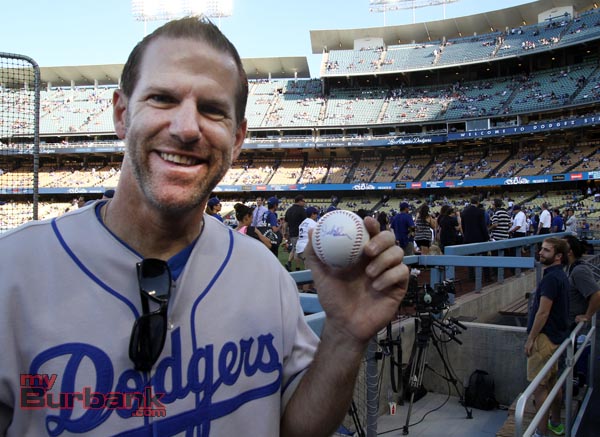 John Muir Principal Dr. Greg Miller proudly shows off his Orel Hershiser autographed baseball prior to the game (Photo by Ross A. Benson)

With the right field pavilion full of four-legged animals, that didn’t stop the City of Burbank having its own special night as well. Before 51,000 fans and more than 200 Burbank residents sitting together in the reserved level, the Dodgers defeated the Mets, 7-4.

A group of 20 young children from the Burbank Boys and Girls Club also attended the game and enjoyed a festive atmosphere that saw the Dodgers rally from an early 3-0 deficit. Adrian Gonzalez’ three-run home run sparked the Dodgers’ comeback and made the evening that much more memorable. 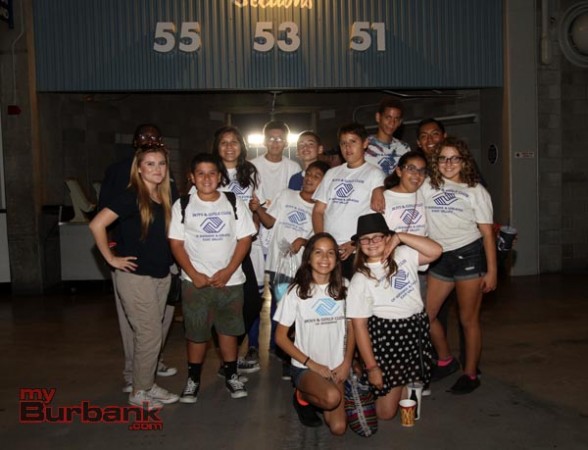 Burbank Boys and Girls Club (Photo by Ross A. Benson)

In between innings, we caught up with Mark Scott and Mayor Gordon and asked them to share their thoughts on the city of Burbank and Dodger night.

“I am having a great time in Burbank,” said Scott, who just finished his first year as City Manager. “It’s been a great year working with the Mayor. He has terrific vision and we think we have some good things to do for the people of Burbank.”

“It’s been great. Very, very fast-paced. It’s like a whirlwind. There are a lot of good things happening,” added Mayor Gordon after recently completing his first 100 days as Mayor. “I have a great City Manager to work with, a great team, and we’ve brought the Council together on a lot of issues. I am very pleased. It’s quite a privilege and honor. 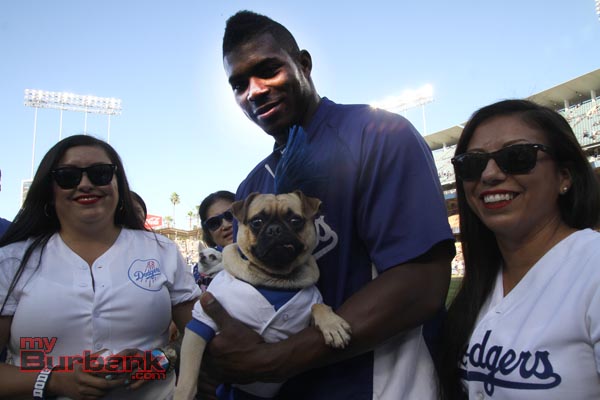 “And of course Dodger night is great. I always love coming to Dodger night. I have family and friends here tonight. I love the Dodger games. I’ve been to every Burbank Dodger night since I’ve been in office. It’s been great.”

After Gonzalez launched his three-run blast into Puppy Pavilion in right field, Scott emphatically jumped into the air, pumped his fists and joined the Dodger faithful as everyone celebrated another Dodgers’ victory.

“I’m a die-hard Dodgers fan,” Scott said. “This is my first Burbank night at Dodger Stadium so we are having a great time. I’m having a lot of fun.”

Blue Heaven at Chavez Ravine (Photo by Ross A. Benson)