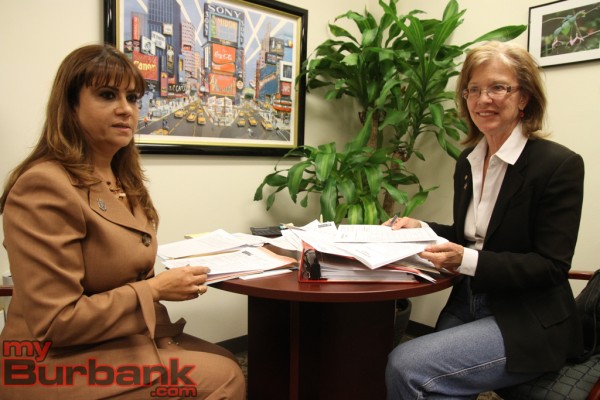 Burbank City Clerk Zezette Mullins goes through the hundreds of papers that a candidate such as incumbent Emily Gabel-Luddy will have to read and pledge to. (Photo by Ross A. Benson)

While the deadline is extended for any incumbent wanting to file papers extended to Wednesday, seven have submitted their papers to run for City Council while six are seeking a seat on the School Board. 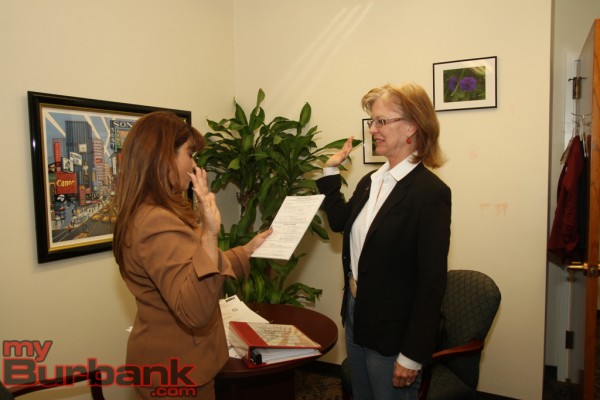 Burbank City Clerk Zizette Mullins gives the only incumbent Emily Gabel-Luddy who has filed papers the oath of election code of ethics. ( Photo by Ross A. Benson)

Burbank elections are held primarily via mail-in ballots, though there will be last-minute opportunities to vote in-person at a limited number of polling places. Burbank’s Primary Election will conclude on February 24, 2015, followed by a runoff General Election concluding April 14, 2025. If any candidate gets 50% plus one vote in the primary, he will be elected with facing the runoff.