The City of Burbank has set up three options for recycling Christmas trees this year. Three parks are already accepting trees and after January 2, curbside pickup will be available by the Public Works department.

Because trees are mulched or composted, all tinsel, ornaments, and metal stands must be removed. Flocked trees cannot be recycled. Call the City at (818) 238-3800 with questions. The Fire Department recommends watering the tree daily if it is kept in the house, and it is also suggested to discard the tree as soon as possible to prevent accidental fires. 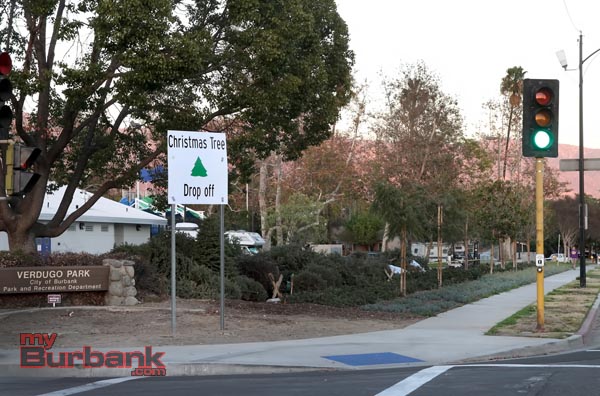 Verdugo Park is one site you can leave your old Christmas Tree for recycling as shown. (Photo by Ross A. Benson)