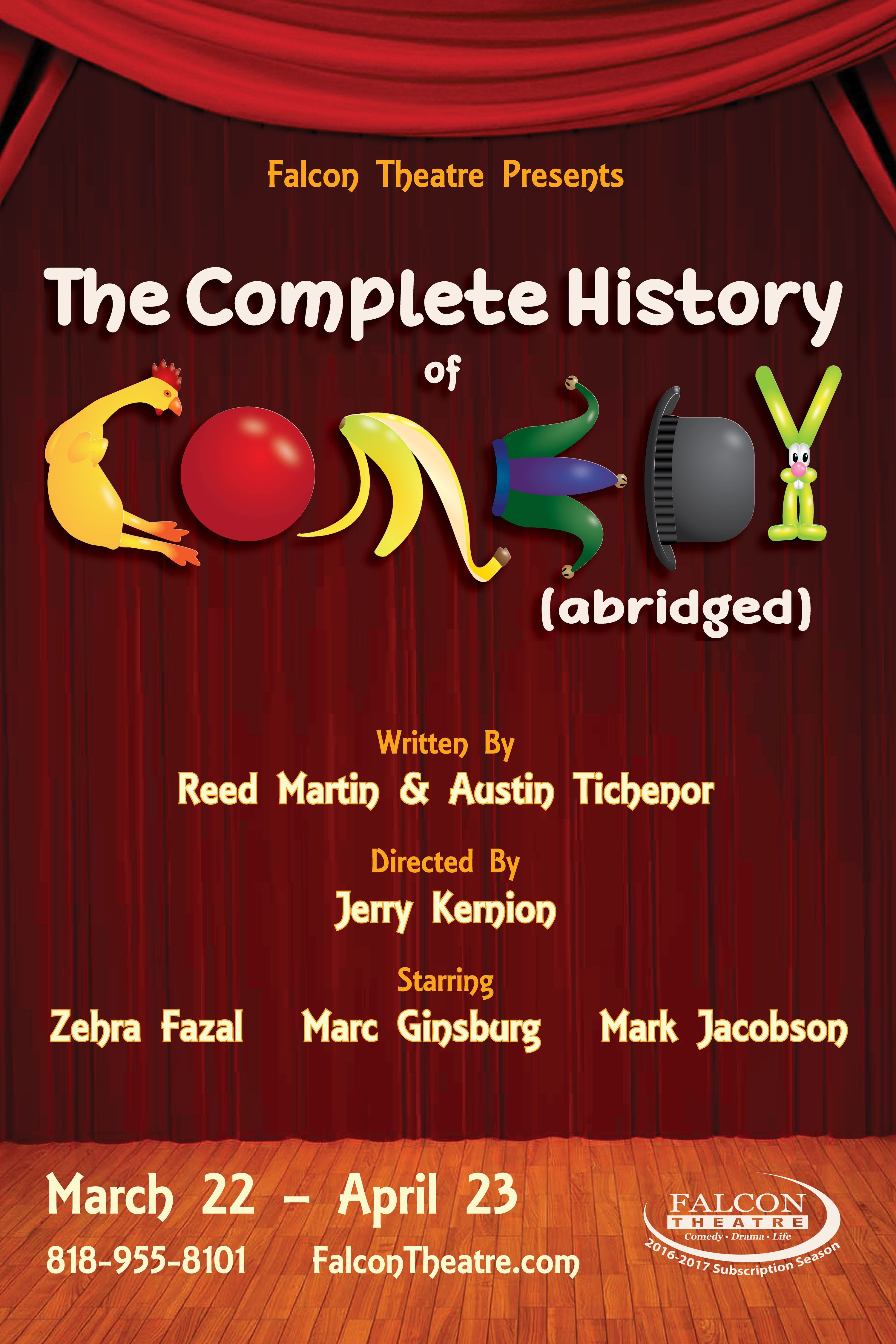 The Falcon Theatre is closing out its 2016-2017 season with The Complete History of Comedy (abridged) that is running from now until April 22nd.

The play is a timeline of comedic greats throughout the ages from Aristophanes to Shakespeare, Moliere to Vaudeville to Charlie Chaplin to The Daily Show. It is full of jokes, gags and nyucks for everyone to enjoy. So many, they warn in the press release, “The side effects of this play may include groan-worthy humor, uncontrollable laughter, and painful running-gags.”

Tickets are available now for performances that go from Wednesdays through Saturdays at 8pm and Sundays at 4pm at the box office located at 4252 Riverside Drive and via their website. Get them while they last.