Burbank Firefighters responded to an apartment fire at 500 E. Santa Anita, on Tuesday afternoon at 12:30 p.m. While heading to the scene they saw a large column of smoke and knew they had a working fire in progress. 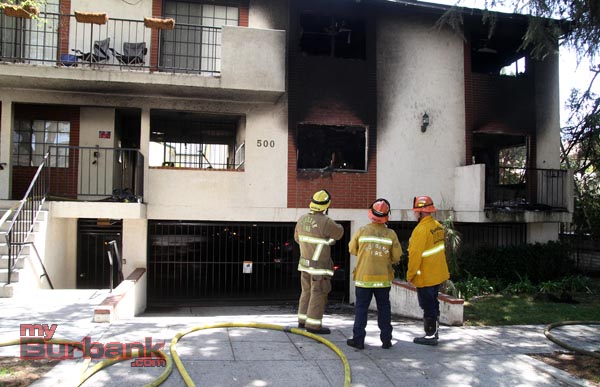 When the first engine company arrived on scene they had heavy fire showing from the bottom floor windows.

The fire, which turned out to only involve a single condominium, appeared to have started downstairs with smoke and some fire damage on the second floor.

Burbank paramedics treated a 12-year-old boy at the scene and then determined he needed to be taken to the hospital for some smoke inhalation. It appeared he might have been the only family member home at the time of the blaze.

Burbank rolled a second alarm for man power and Glendale responded with an engine company and a battalion chief, while a truck company covered a Burbank fire station on mutual aid. 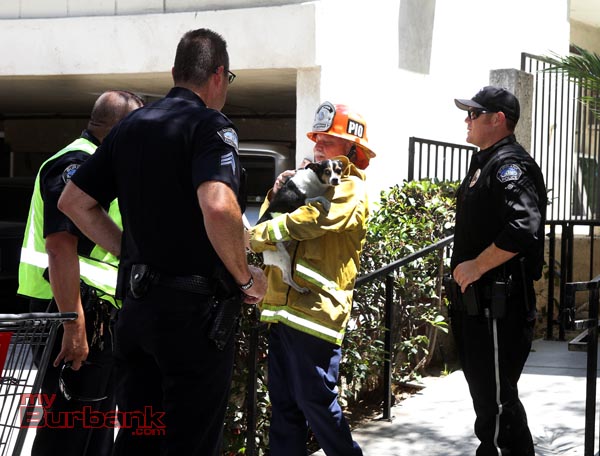 The fire destroyed the condo, and firefighters rescued a pet from a neighboring apartment.

The cause is under routine investigation, and the damage amount was not reported at this time.