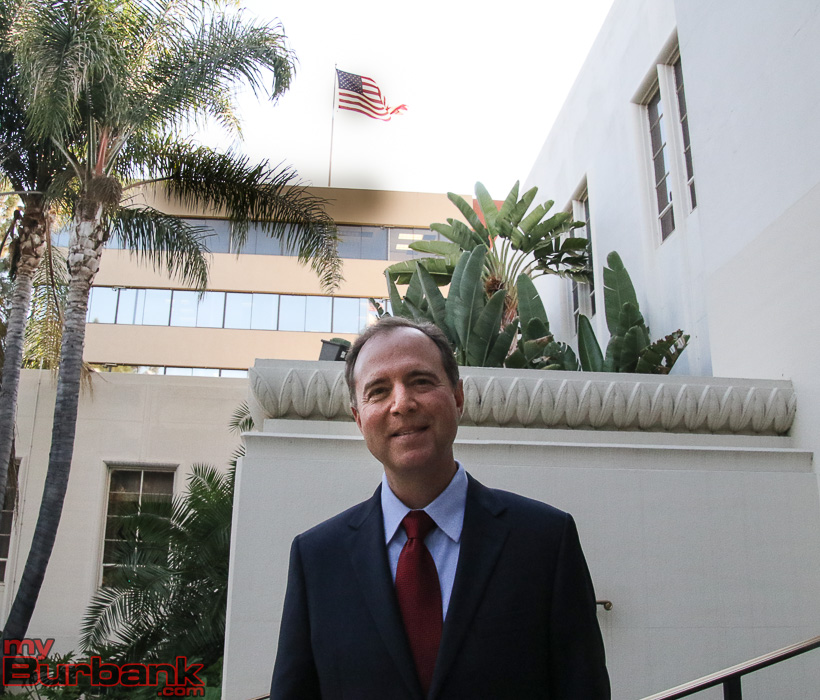 Today, in an email message to supporters, Congressmen Adam Schiff (D-Burbank) called for an expansion of the Supreme Court after the present court overturned the long-standing Roe v. Wade decision.

“We must expand the Supreme Court.

It is, by far, the most unrepresentative U.S. institution in our government, yet it is also one of the most powerful.

We saw the consequences of its imbalance just yesterday. After the installation of three Trump-appointed justices, the hyper-partisan Court overturned Roe v. Wade, ending the constitutional right to an abortion.

It’s shocking and heartbreaking — but given the makeup of the current Court, it’s also, unfortunately, not surprising. In fact, this has been the Republican plan for decades.

And with members of the Court enjoying lifelong appointments, we’re stuck with their staunchly partisan, extreme agenda for generations, unless we act.

It shouldn’t be this way. Today’s Supreme Court is unfair, unjust, and no longer reflects what our founding fathers intended it to be — it’s being used as a purely partisan tool for Republicans to unilaterally reverse progress and strike down our fundamental rights, starting with Roe v. Wade.

Congress must take action. Adding additional justices to the Supreme Court is nothing new historically, and doing this will help restore legitimacy and ensure our nation’s highest court doesn’t continue to be used to advance a partisan agenda at odds with the interests of the American people. In short, McConnell and Trump stacked the court, and we must unstack it.

Watching decades of settled law be swept away in order to eliminate abortion rights, with no regard for what the majority of Americans want, should show you all you need to know about what’s to come if we continue to let this far-right majority determine the law of the land.”