Burbank Fire units received a call for a search and rescue at 2:56 pm on Monday at the City of Burbank’s Landfill located at 3000 North Bel Aire. 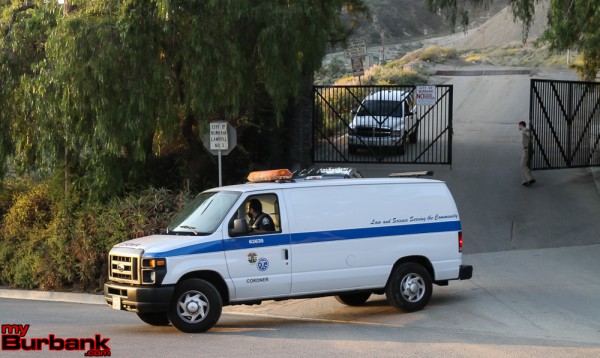 A Coroner’s van is seen leaving the landfill after an accident on Monday afternoon (Photo by Ross A. Benson)

Upon arrival, they found that an employee of a private contractor, Road Builder’s Incorporated, who was performing roadway services in the landfill, had his rock mover truck somehow slip off the embankment for an undetermined reason and fell over 70 feet below.

The driver, who was not identified, was ejected from the truck. Paramedics responded to the scene for medical attention to find the driver succumbed to his injuries at the scene.

Burbank Police Detectives are investigating the incident along with Cal OSHA and the Los Angeles County District Attorney’s Office.

The identity of the deceased male is being withheld pending notification of his next of kin.