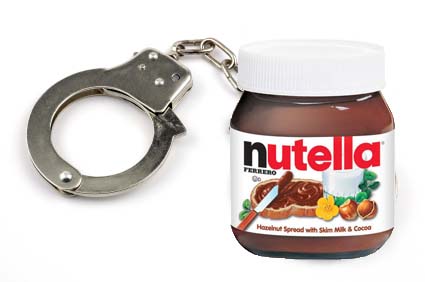 City News Service reports that Derrick Gharabighi, who was arrested after striking an elderly man in Costco on September 20, 2015, was sentenced to two years in prison and immediately released after be given credit for time served.

The ”Nutella Waffle Incident” happened September 20, 2015, at about 10:50 am when Burbank Police Officers were dispatched to the Burbank Costco, 1051 West Burbank Boulevard, regarding a fight in progress.

When they arrived, officers found a 78 year-old man who had suffered a significant laceration above his left eye and swelling around the same area of his face.  The elderly man and witnesses told officers he was reaching for a Nutella waffle at a sample table when another man, identified as the 24 year-old Burbank resident at the time, took multiple samples off the table.

The victim was transported to a local hospital by Burbank Fire Department Paramedics, where he was treated and released.