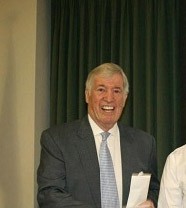 Burbank’s City Council has appointed Ray Adams to serve as one of it’s three commissioners on the Burbank-Glendale-Pasadena Airport Authority.

A vacancy occurred when Sue Georgino reported to the council on November 25 that she had moved outside of Burbank and thus had to step down.

Adams, who lists his profession as a real estate consultant and has served on the Burbank Police Commission says that he has “spent many years flying in and out of Burbank Airport – sometimes 3 times a week.”  He also has set as a goal to make the airport more profitable and desirable for the traveling public.