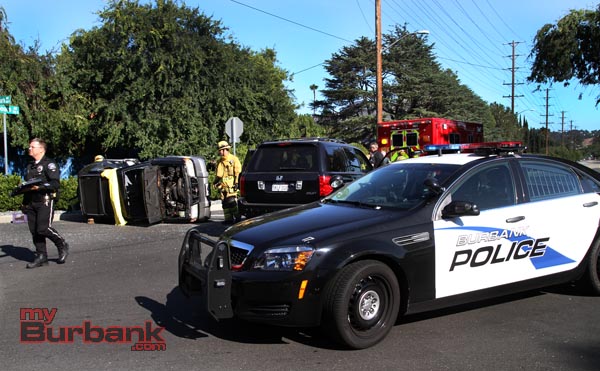 Burbank Police are investigating this minor injury accident at Clybourn and Clark Street Thursday afternoon. (Photo by Ross A. Benson)

Burbank Police are investigating a traffic accident that happened at the intersection of Clark and Clybourn on Thursday afternoon.

One of the cars ran a stop sign at the intersection that has a four-way stop and struck the other in the side, knocking it off its wheels and on its side.

Fire Department personnel were dispatched to help the driver of the car escape.  She was able to stand up but unable to exit since the car was on its side. 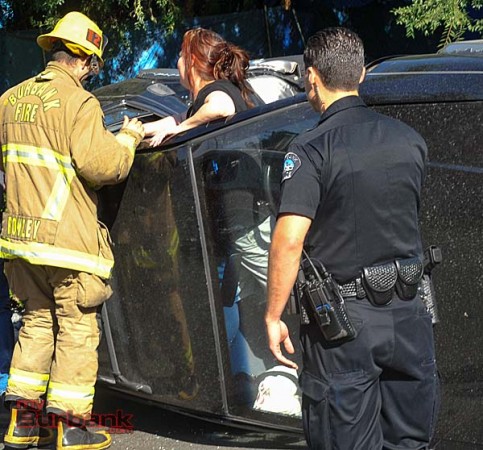 Burbank Firefighters come to the rescue of a woman who was trapped in her car after it landed on its side. (Photo By Craig Sherwood)

Firefighters removed the front windshield so the woman could climb out.  She complained of arm pain at the scene and was looked at by Paramedics who did not have to transport her to the hospital.

The driver of the other car and a young child were in the other car.  The child was not injured and the driver complained of pain, but will see her own medical care. 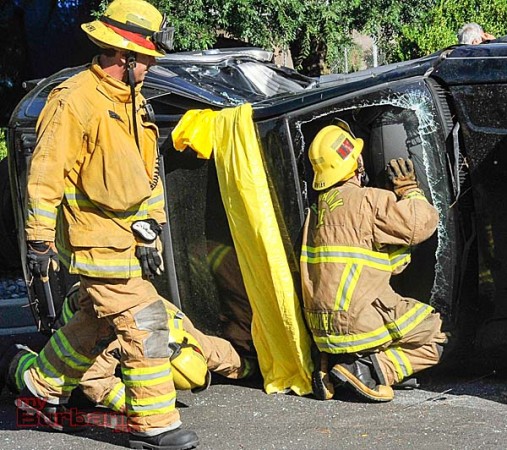 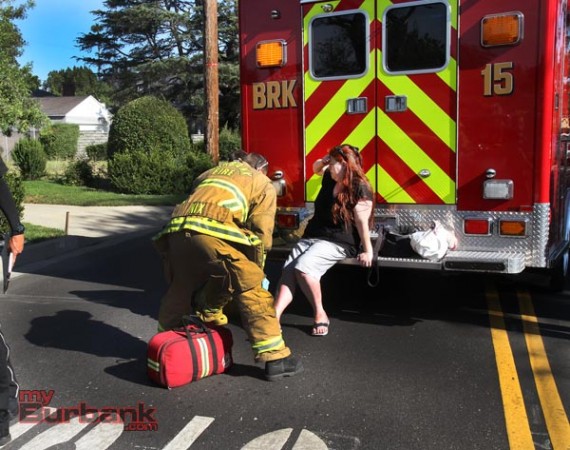 Burbank Firefighter/Paramedic Royce Nix checks out one of the drivers involved in this roll over accident that occurred Thursday afternoon. (Photo by Ross A. Benson) 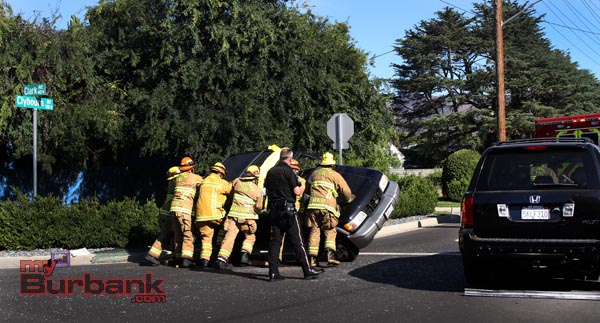 Burbank Firefighters upright one of the cars involved in this minor injury auto accident Thursday afternoon. (Photo by Ross A. Benson)