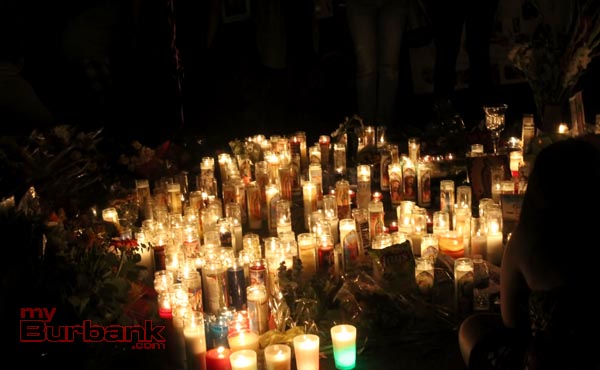 The memorial at the crash site is growing daily, with flowers notes, cards, candles, stuff animals and plenty of tears and memories of lost friends. (Photo by Ross A. Benson)

As of Monday afternoon, both Burbank Police and County Coroner Officials have yet to release and confirm the names of the five who were killed in a solo car crash early Saturday morning. 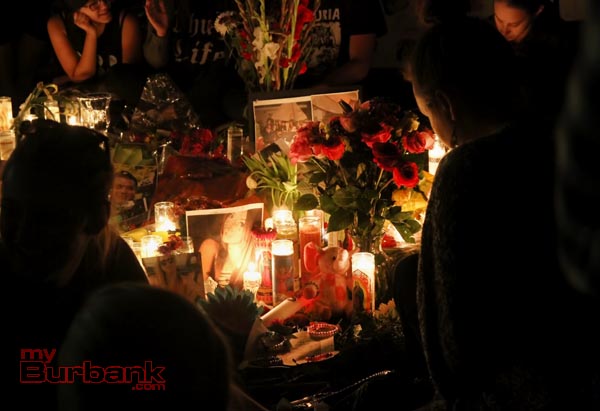 Pictures and stuffed animals and plenty of memories are being left behind at the crash site. (Photo by Ross A. Benson)

A spokesman for the Coroner’s Office said on Monday that dental records have been received, although the bodies have yet to be examined. Investigators will attempt to match the information within the next couple of days.

Many media outlets have gone by friends of the victims in identifying the names, including pictures from Facebook accounts. myBurbank will wait until an official notification is made before making the information public out of respect for the families involved. 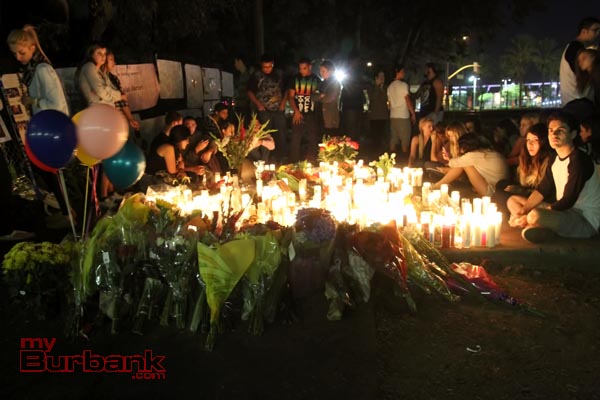 Flowers piled high and memorial candles have been placed along with balloons and posters with friend’s writings at the location where five Burbank residents lost their lives Saturday morning. (Photo by Ross A. Benson)

A make-shift memorial continues to grow and has now consumed the crash site where five reported Burbank youths lost their lives.

While the accident is still under investigation, speed is believed to be one of the key factors in the collision that destroyed a protective guardrail before the Nissan struck a cement underpass a little after 4:10 am Saturday morning.

One girl was pulled from the wreckage and remains in County/USC Medical Center with non-life threatening injuries. 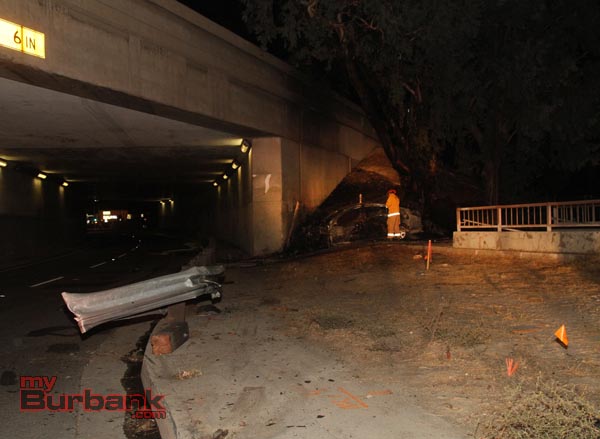 After tearing through a guardrail, the Nissan came to rest against the cement underpass at the 5 freeway and San Fernando (Photo by Ross A. Benson © 2013) 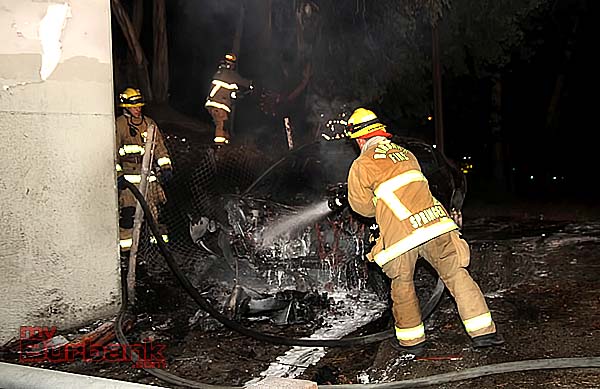 Burbank Firefighter Kyle Springer puts out flames coming from a Nissan after it struck a guardrail and burst into flames.  There was no chance to rescue any of the five people trapped inside. (Photo copyrighted By Ross A. Benson)