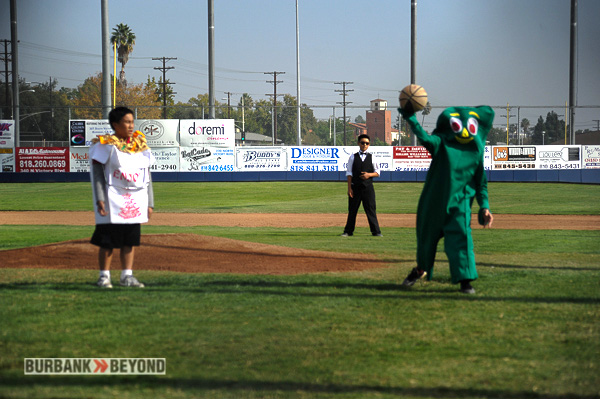 For the second straight year, Burbank High Head Varsity Coach Bob Hart celebrated Halloween by encouraging players to dress in their costumes and come out for practice.

Practice consisted of a baseball game with a basketball and some shortened bases.  The players came in all sorts of costumes with some more elaborate than others.  The game had to come to a quick end when Gumby spotted some Chinese takeout on the field and thought that Pokey had been slaughtered, since no one had dressed as a cat. 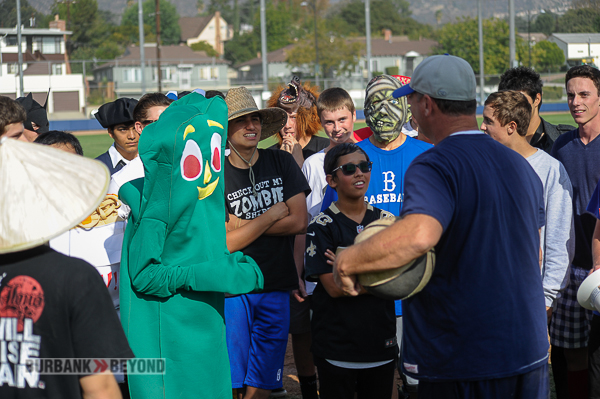 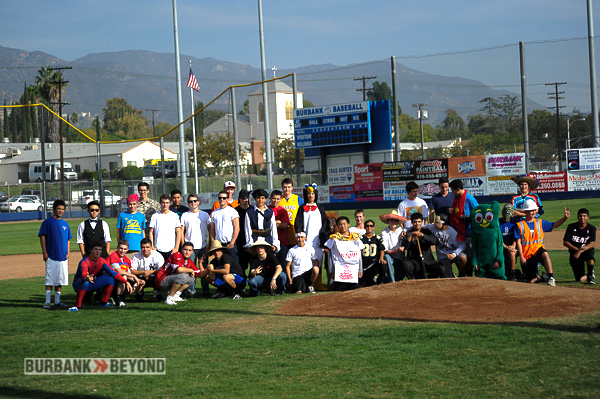 All the baseball players at Burbank High dressed as something