Some sports fans in Burbank may have considered themselves lucky in the fact that they have had options when it came to buying their next baseball glove, pair of running shoes, workout shirt or tennis racket.

But that will soon be ending as the city is losing Sport Chalet and Sports Authority, both of which are in the process of closing their doors.

That will leave just Big 5 Sporting Goods as the lone retailer of general sports equipment in the city. 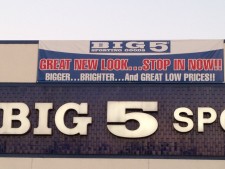 Customers have mixed reactions on the impact of the closure of the two stores.

Edgar Leon, a 10-year-old travel baseball player from San Fernando, said he will be sorry to see Sport Chalet close.

“This is a store that I really enjoyed coming to,” Leon said. “I got most of my baseball material here.  For example, I’d come here and get cleats, batting gloves, a bat.”

Leon’s father Esteban said he will miss not having a store.
“We can buy it online, but you need to try it on,’’ Esteban Leon said in reference to items like shoes and baseball gloves. “Most of our families in travel ball buy their stuff here.” 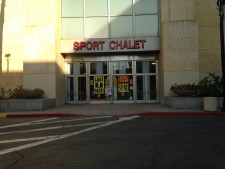 Enrique Espitia of North Hollywood said the stores have served as place where customers can get a sampling of what they like.

“I come to try on shoes here and when I know my exact size, I go on to the internet to look for cheaper prices,” Espitia said.

Arnel Elhan of Los Angeles said he thinks the internet is the future.

“Online you can compare the prices jumping from one store to another,” Elhan said.

Elhan also said that having not having stores will also hurt for people looking for the right fit.

“Not all sizes for all manufacturers are the same for shoes,” Elhan said. 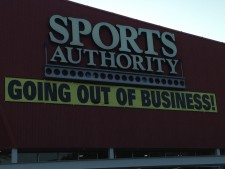 One person who did not want to speak on the record said he feels Big 5 has outlasted the other two stores for specific reasons.

He pointed to high rents for Sport Chalet and Sport Authority because of their large square footage and locations within a shopping mall.

He went on to say that customers are more reluctant to go to a neighborhood store instead of a store in a major shopping mall, where they often have to fight through traffic to reach their destination.