After a discussion at the last City Council meeting, there seemed to be unanimous consent from Council Members that the issue of a dog park in Burbank may no longer be barking up the wrong tree.

After nearly 17 years or trying, it seems the City Council will  start taking a serious look at the location of a park that will require coming up with money in a future budget to fund the project.

After a recent Park and Recreation Board meeting that endorsed a park be built up near Stough Park in one of the Starlight Bowl parking lots, members of the Council balked at choosing the location and instead wanted to look at three different spots in the City that might be able accommodate the dog park.

The three locations that will be studied is the area above St. Francis Xavier school. the south side of Johnny Carson Park (near the Los Angeles border) and the Starlight Bowl lot. These will all now be studied for pros and cons as well as expenses and brought back to the Council at a later time.

In the map supplied by the City below, they show the sites that were once under consideration. The Council will now look further into numbers 4,8 and 10. The information will be brought back to the Council at a later time. 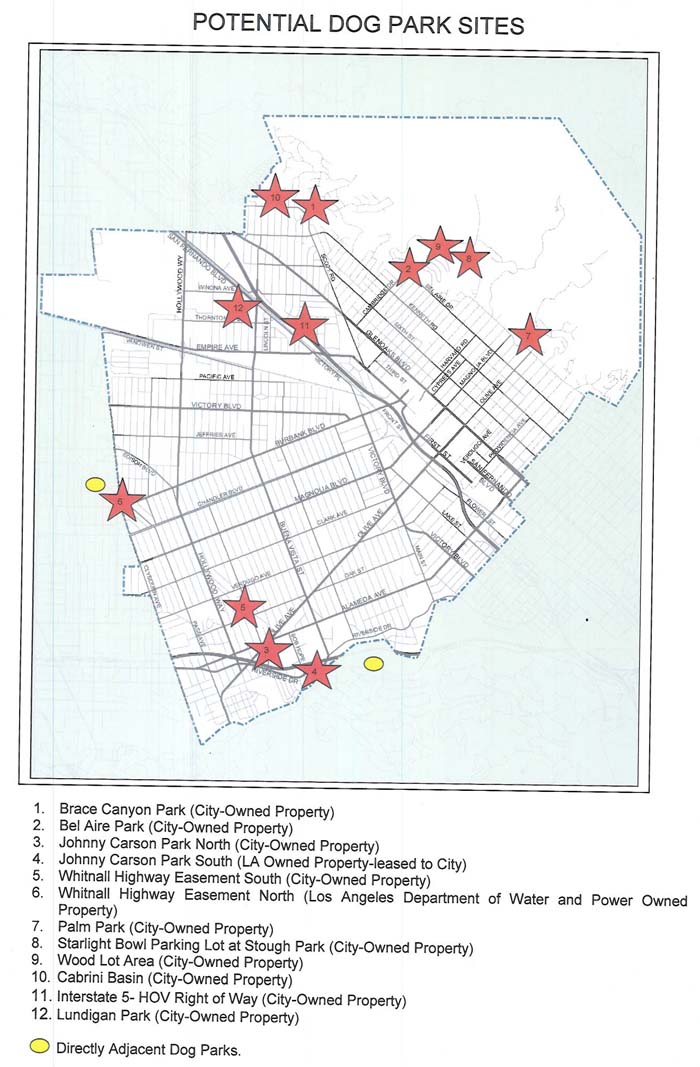