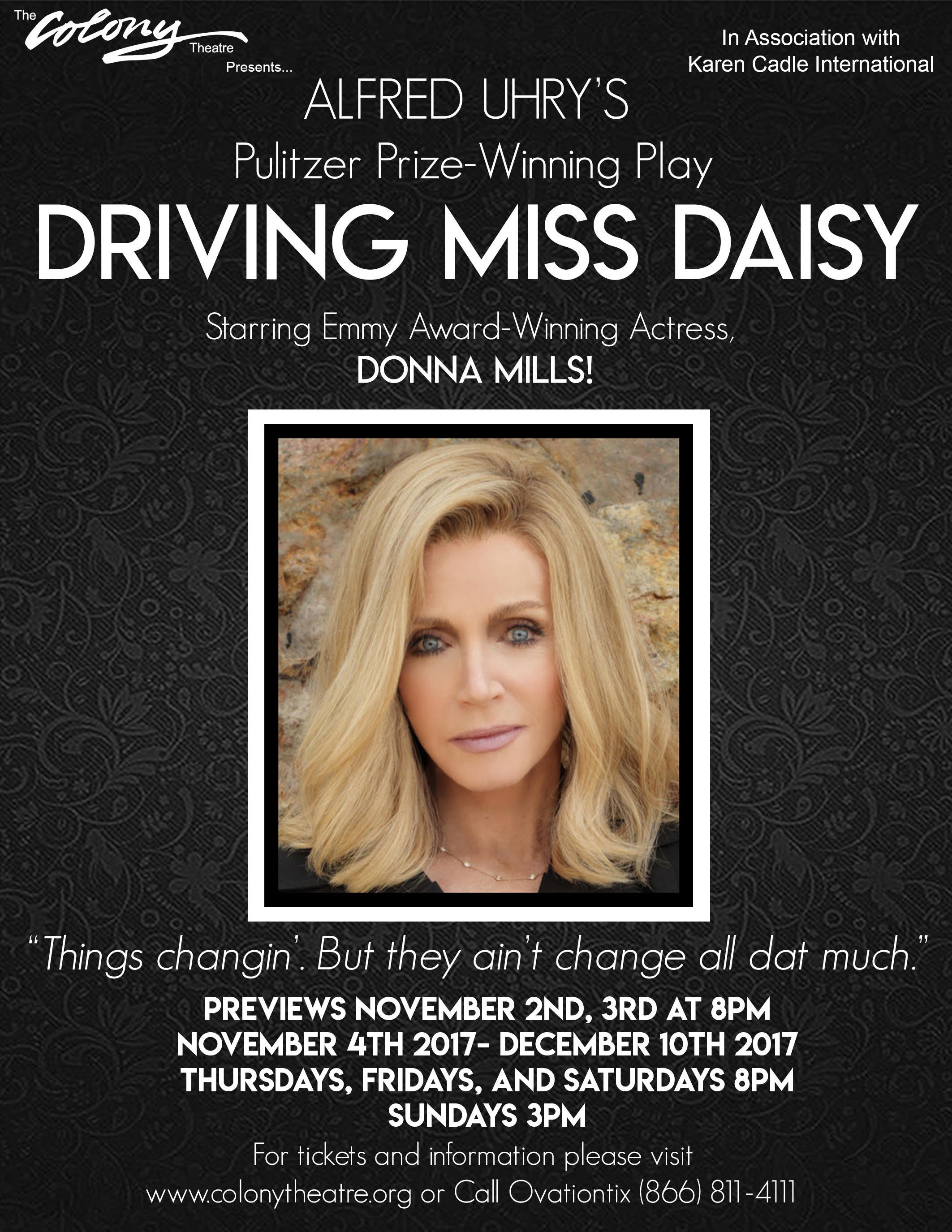 Emmy Award-winning actress Donna Mills appears in Driving Miss Daisy for a limited engagement at The Colony Theatre in Burbank. Two preview performances will be held on Thursday and Friday, November 2 and 3. Opening night is Saturday, November 4, with shows through December 10.

As the beautiful, scheming, manipulative businesswoman, Abby Fairgate Cunningham Ewing Sumner on the long-running primetime drama series Knots Landing, Mills became a household name. She has appeared in many television, film and stage productions throughout her career.

“I am so honored to get the opportunity to play the iconic role of Daisy Werthan,” commented Mills. “I am beyond thrilled to be onstage and to show audiences my take on this character, which is so different from my roles in film and television.”

“It’s so exciting to relaunch production at The Colony Theatre by revisiting this beautiful play and working with the incredible Donna Mills,” said Provost. “The story and the issues the play examines continue to reflect the current times.”

Driving Miss Daisy takes place in the 1940s through 1970s at the height of the Civil Rights movement. The play delicately explores racial tensions when a warm friendship evolves between an elderly Jewish woman and her black chauffeur. The play, written by Alfred Uhry, won the 1988 Pulitzer Prize for Drama.

The two preview performances of Driving Miss Daisy begin at 8:00 p.m. on Thursday and Friday November 2 and 3. The opening night show on Saturday, November 4, is also set for 8:00 p.m.

The regular show schedule will be Thursday, Friday and Saturday at 8:00 p.m., and Sunday at 3:00 p.m. through December 10. There will be no performance on Thanksgiving Day, Thursday November 23.

Admission is $39 and tickets may be purchased online at www.colonytheatre.org or by phone at (866) 811-4111. The Colony Theatre is located at 555 N. Third Street (between Cyprus and Magnolia) in Burbank, 91502. Ample free onsite parking is available.