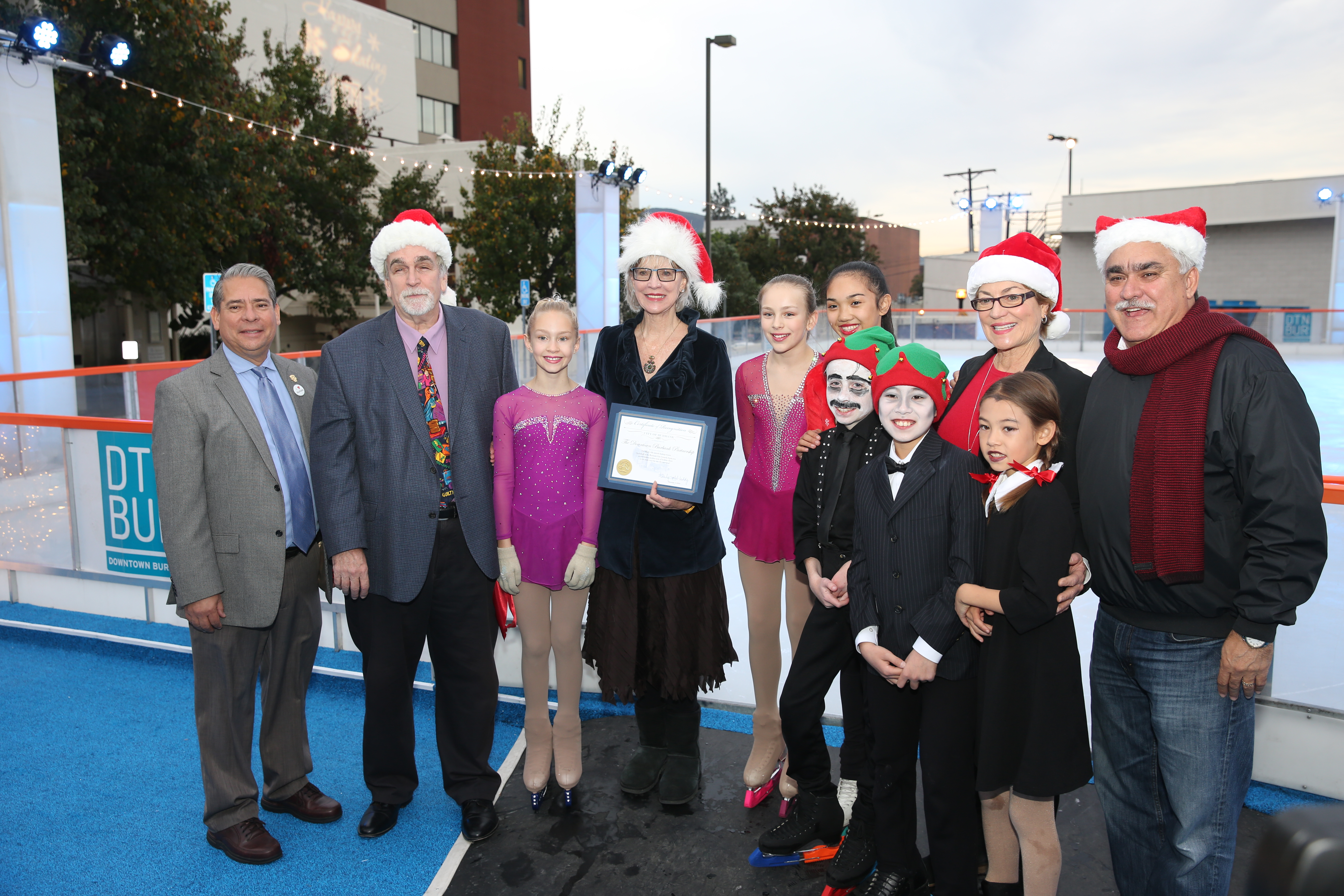 On Friday, December 14, the City of Burbank hosted a ribbon-cutting ceremony for the popular seasonal ice rink known as “The Rink,” located behind City Hall at 275 E. Olive Ave.

The outdoor ice skating rink is 4,100 square-foot and can hold up to 165 skaters per session. For the next six weeks, it will be open for everyone to enjoy, with fundraising events, scheduled performances, and public skating.

Mayor Emily Gabel-Luddy cut the ribbon after giving a short speech, stating that she hopes Burbank residents skate into the new year.

During the ceremony, young talented figure skaters from Pickwick Ice performed on the rink, skating to songs such as Christmastime, It’s Not Christmas, Winter Dreams, and a track from The Adams Family.

Among the skaters was Aubrey Ignaco who recently competed in the Pacific Coast Sectionals and won first place for the novice level. She will be advancing to compete in nationals this January.

“Hopefully she’ll go from there to the Olympics. At this point she can be invited to compete internationally,” said her father proudly.

Shoko Tokuda, whose son skated as a part of an “Adams Family themed” trio, is excited to return to The Rink throughout the rest of December.

Conveniently located near the recently remodeled Burbank Town Center, locals have a festive activity to look forward to after buying presents.

For interested skaters, costs include $12 unlimited skating with no re-entry. Skate rentals are also provided for $5, and skating aids are $8.