On Friday, December 9, 2016, at about 5:40 pm, Burbank Police and Fire Department personnel were dispatched to Olive Avenue and San Fernando Boulevard regarding a traffic collision, with one person reportedly trapped under a vehicle.

Upon arrival, first responders found a silver minivan had left the roadway and traveled up onto the sidewalk on the southwest corner of the intersection. A man, who had been struck and trapped under the minivan, was extricated by firefighters and transported to a local hospital. He was later identified as Rodolfo Tan, and was pronounced dead at the hospital. 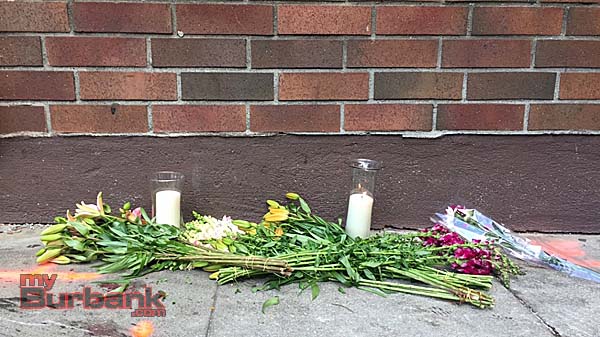 The driver of the minivan, a 33-year-old Glendale man, was treated at the scene and transported to a local hospital.

The investigation has revealed the driver of the minivan had suffered a stab wound to his chest prior to the collision. Investigators believe he was driving west on Olive Avenue at a high rate of speed when he sideswiped a parked vehicle and continued westbound. He crossed over the eastbound lanes of traffic at San Fernando Boulevard where the van stuck the pedestrian, fatally injuring him, before coming to rest on the sidewalk near a bus stop.

The driver of the minivan is listed in critical condition and has been unable to speak with investigators. 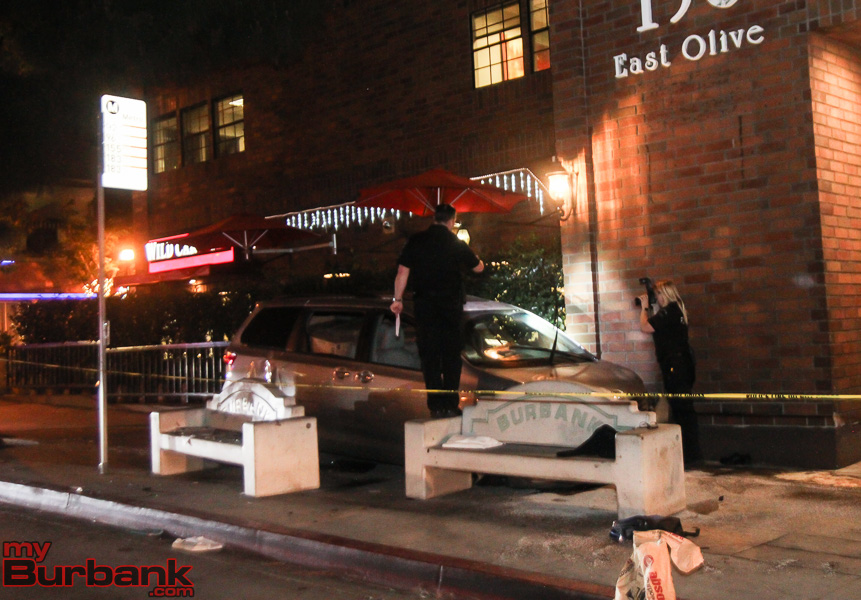 Investigators work on vehicle involved in accident (Photo by © Ross A. Benson)

Detectives have spoken with the minivan driver’s family. They are working to determine how and when the minivan driver was stabbed. No arrests have been made. This is an on-going investigation by both Burbank’s Traffic Bureau and Crimes vs. Persons Unit. No other information is available at this time.

Anyone with information is asked to contact Burbank Police Detectives at (818) 238-3210. If you wish to remain anonymous, call “LA Crime Stoppers” by dialing 800-222-TIPS (8477), use your smartphone by downloading the “P3 MOBILE APP” or by using the website www.LACrimeStoppers.org.