On Saturday, August 18, 2012, the Burbank Police Department Traffic Bureau conducted a DUI Checkpoint on Olive Avenue west of Lake Street in the City of Burbank. A grant from the California Office of Traffic Safety through the National Highway Traffic Safety Administration funded the checkpoint. 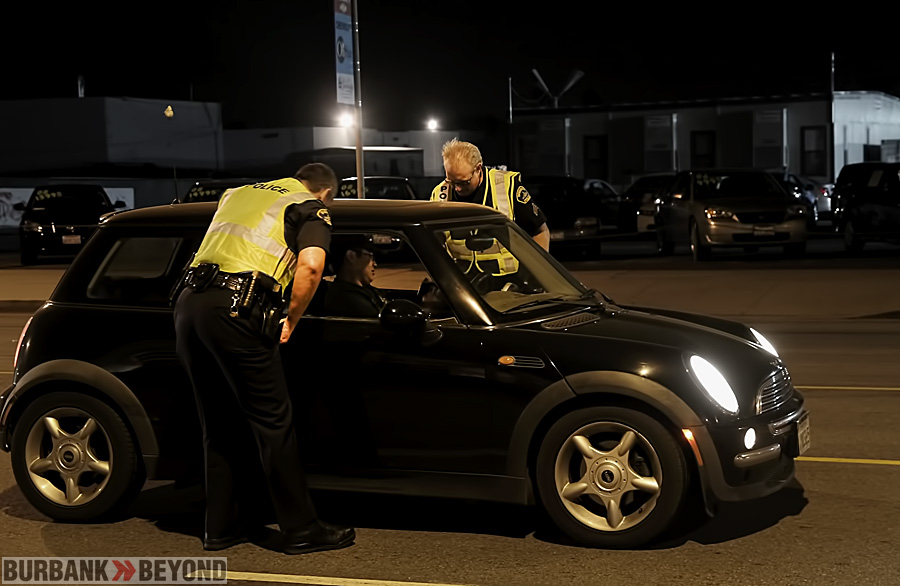 Burbank Police give this driver some literature about the purpose of their DUI check point Saturday evening. (Photo by Ross A. Benson)

The checkpoint was operational from 9:00 p.m. to 2:00 a.m., and resulted in the
following actions: 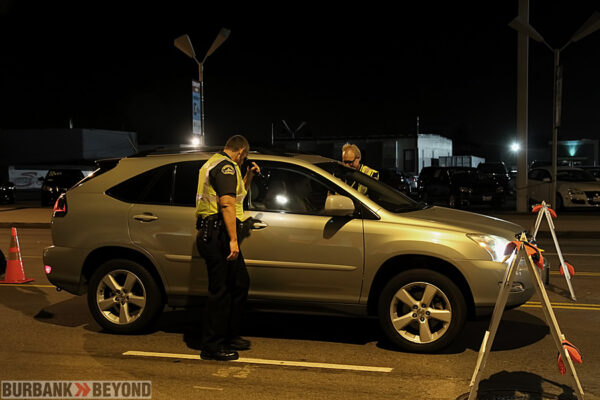