Wednesday afternoon, at about 12:55 pm, Burbank Police Officers were dispatched to Valhalla Cemetery Parking Lot, 3811 Valhalla Drive, regarding a vehicle being driven in an erratic manner.

Responding officers located the vehicle in question nearby; parked on Avon Street, north of Empire Avenue.  The lone occupant who was seated in the driver seat, identified as 30 year-old Baldwin Park resident, Freddy Antonio Bravo, refused to exit the car when requested. Officers spent nearly 45 minutes trying to convince  the driver to exit. 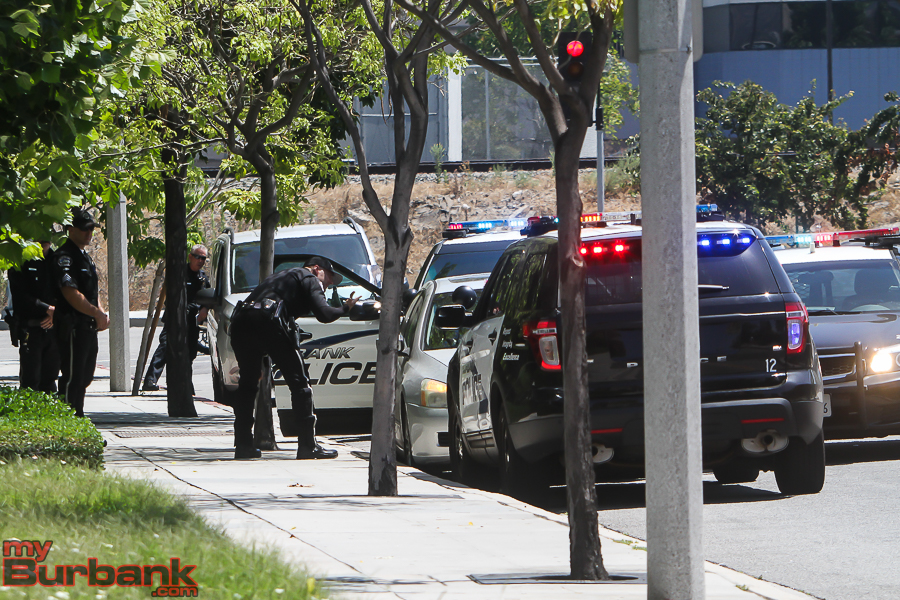 The officers noticed Bravo acting in an erratic manner and believed he may have been under the influence of drugs.  Officers used their patrol cars to block Bravo’s car, so he could not flee.  Burbank Police Crisis Negotiators responded to the scene and tried to communicate with Bravo, but this proved unsuccessful.  After about one hour, the officers introduced pepper spray into the passenger compartment of his vehicle.

Bravo started the vehicle engine in an apparent attempt to flee, but was unable to do so because of the strategic placement of the police vehicles.  Bravo eventually exited and climbed onto the roof of his car, refusing to come down.  He was again pepper sprayed, which aided the officers in removing Bravo from the roof of the car and taken into custody.

Bravo was placed under arrest for DUI drugs and obstructing/delaying an officer.

Bravo was transported to a local hospital by Burbank Fire Department Paramedics, where he was treated.  Due to his medical condition, Bravo was left in the care of the hospital staff and issued a citation with a date to appear in court to face charges. 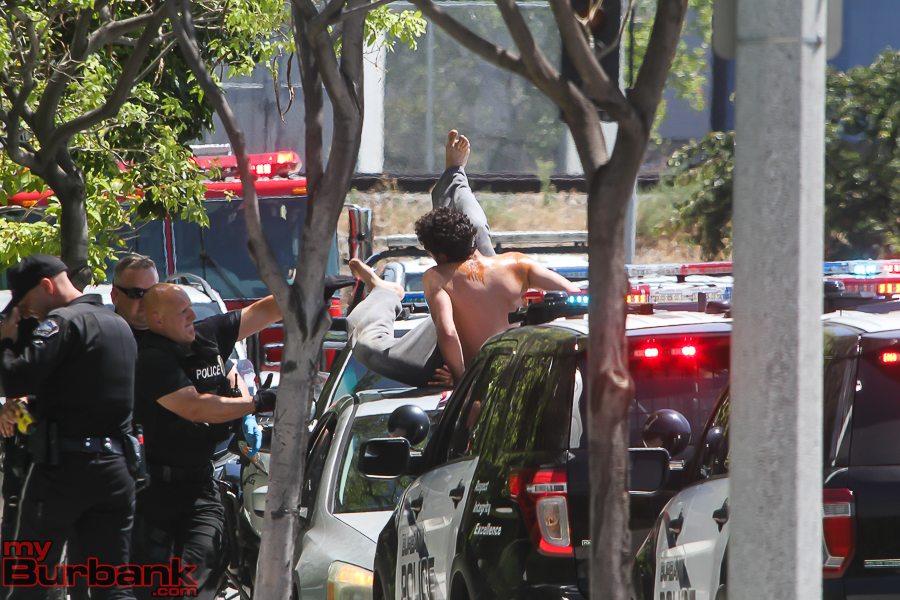