While on routine patrol Tuesday morning, alert Burbank police officers spotted a fire that had just started in a strip mall at 1515 N. San Fernando Blvd. 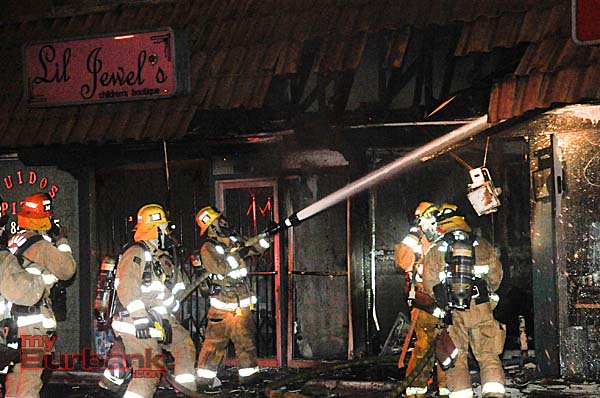 Burbank firefighters were dispatched at 4:16 am and saw smoke visible from a distance.  Upon arriving on scene a second alarm was called and shortly after that a knockdown was declared at 4:40 am.

The fire started at Tina’s Nail & Spa and then spread to a couple of the nearby businesses including Lil Jewel’s, One Price Cleaners and Guidos Pizza.  Most of the damage occurred due to a shared, common attic. Fast work by firefighters limited the damage and saved several other businesses nearby. 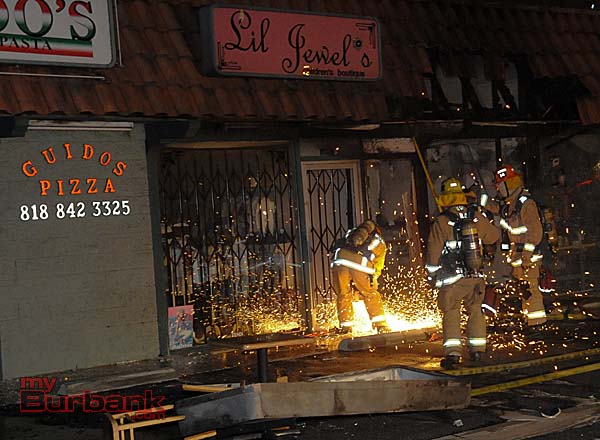 A fire investigator was dispatched to the scene and the cause of the fire is still under investigation. No injuries were reported to firefighters and no damage estimates have been given yet. 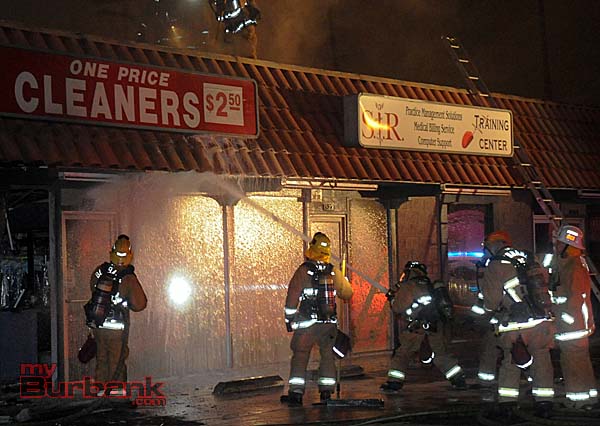 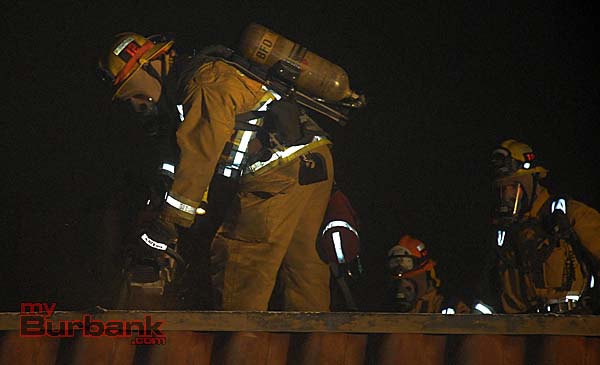 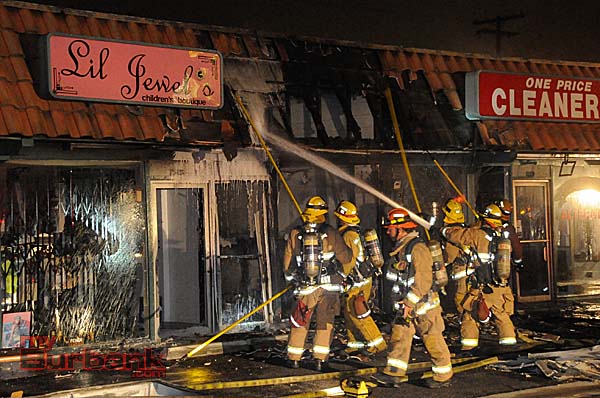